ALASKA forward Calvin Abueva said there was no intention on his part to hurt Hamady N'Diaye, who he poked in the eye in the second half of the Aces' match against KIA on Friday night.

Emerging from the Alaska dugout all smiles after a 101-63 victory, Abueva told Spin.ph he didn't even realize that he had hurt N’Diaye when he tried to snatch the ball away from the towering Nigerian.

Abueva claimed he was only after the ball.

Abueva even showed to Spin.ph his newly cut fingernails to prove he cannot hurt N’Diaye.

Meanwhile, Kia officials were also convinced it was no more than an accident.

“I hope it wasn’t intentional. It’s one thing when it is just a bump or a push. But if it’s in the eye (of a fellow player), it could end a career,” said Kia assistant coach Rob Wainwright, himself a former PBA bruiser.

Kia first assistant coach Chito Victolero also defended Abueva from critics by saying he has known the gung-ho forward since he was in college.

Meanwhile, Spin.ph learned that N’Diaye has been cleared of any major injury.

Asked why N’Diaye reportedly complained of severe dizziness which prompted Kia officials to immediately rush him to the hospital, Baron gave a detailed explanation.

[See video of N’Diaye here and interview of Abueva here] 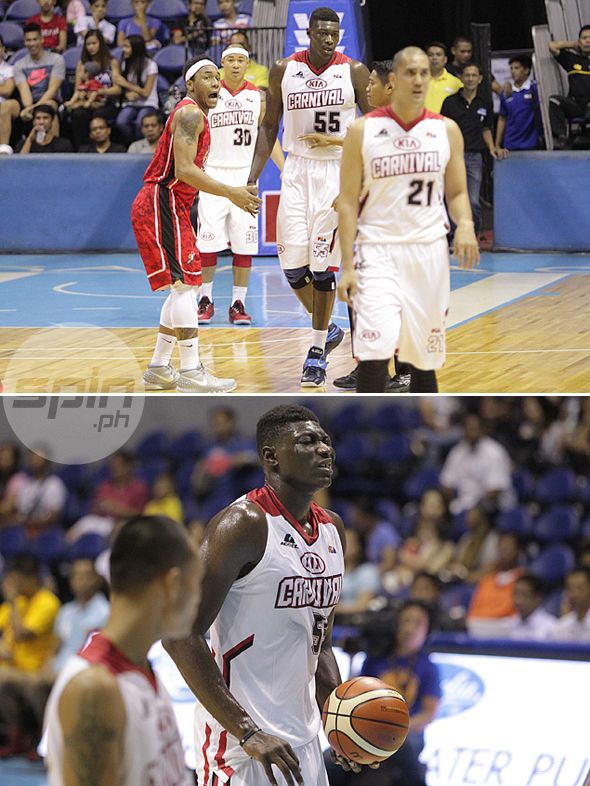