CALVIN Abueva's longtime patron has urged action against a 'scammer' who is using fake accounts he created of the Alaska and Gilas Pilipinas star to victimize followers.

Pampanga vice-governor Dennis 'Delta' Pineda bared that he has reached out to authorities to go after the individual behind the bogus Twitter and Instagram accounts which have already preyed on a number of the Alaska and Gilas Pilipinas star’s fans.

According to complaints reaching SPIN.ph, the fake accounts lure Abueva fans into buying Gilas and Alaska jerseys of the player, after which he will block the unsuspecting victims once the payment for the orders has been remitted.

The individual is also blocking media personalities and users who question the veracity of the account.

The fake accounts were still active at posting time.

The fake Abueva account easily attracts followers as he is regularly posting stolen pictures of the cager in practice and at home. Currently, he has 27.7 thousand followers on Twitter alone.

Abueva’s wife, Sam, has been regularly informing netizens about the fake account, but still the perpetrator remains active and has even misled some online media organizations who continue to quote his tweets as if these were from the Alaska star forward. 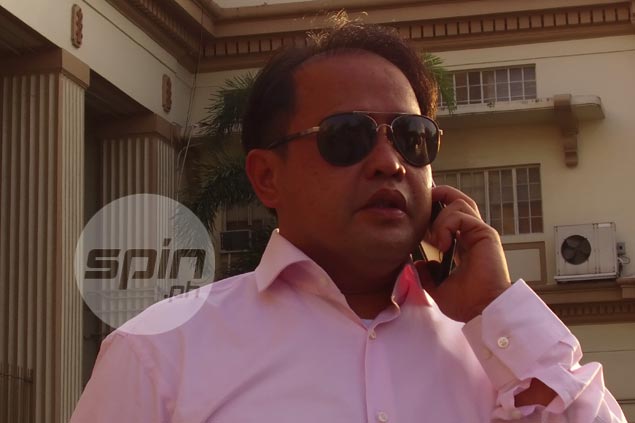 Pineda, who maintains a basketball program in Pampanga that has launched the careers of Arwind Santos, Ian Sangalang, and Abueva, among others, said he is now coordinating with government authorities to track down the individual's whereabouts.

Pineda, meanwhile, expressed his joy on Abueva's return to the national team roster. He was very vocal about his disappointment after then-Gilas coach Tab Baldwin made Abueva among the final cuts ahead of the Fiba Olympic Qualifying Tournament last year.