THE Samahang Basketbol ng Pilipinas (SBP) is filled of hope that the Philippines will win one of the three hosting rights to the coming Fiba Olympic Qualifiers, which world governing body Fiba will announce on Tuesday.

SBP deputy director for international affairs Butch Antonio told Spin.ph on the eve of the announcementat that being the only bidder from Asia, the Philippines stands a good chance of hosting one of the July qualifiers.

“Syempre, we’re looking forward to that (positive) decision. Having been the only Asian entry, the chances are stronger,” said Antonio.

The concurrent Gilas Pilipinas team manager bared that its bid letter, the SBP reiterated three major factors on why the Philippines should be given the privilege of hosting a qualifier.

“One, we are really ready to host. Two, we have the people who are very much capable of running this hosting and, more importantly, the Philippines is just waiting for the opportunity to have world basketball here,” he said.

The Philippines, which plans to host the games at the posh SM Mall of Asia Arena in Pasay, is up against Czech Republic (Prague), Serbia (Belgrade), Turkey, Germany (Hamburg) and Italy (Turin) in the Olympic qualifying bidding, where Spain and France were already chosen as hosts of the 12-team women’s qualifiers.

The 18 teams will be grouped into three and play in three different host cities, with the champions punching a ticket to Rio. 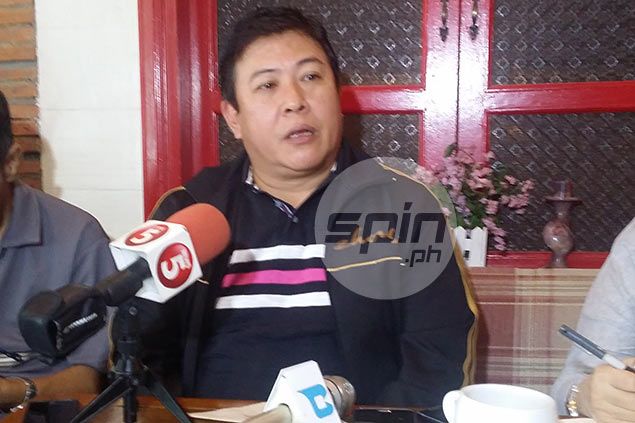 Asked why Fiba should chose the Philippines, Antonio said, “I think they know the capability of the SBP under the guidance and leadership of boss MVP (Manny V. Pangilinan). They know that we are very much capable, we wouldn’t go as far as ending in a head to head with China for the 2019 World Cup (hosting) if we are nothing,” he said.

“I think we have proven our worth and competence to Fiba,” said the soft-spoken basketball official.

“Playing against this field is very tough, di ba? It’s very important if you play in your homecourt, it gives yhou a different kind of edge. Playing for a Filipino crowd, it adds value, energy and yung katawan ng players natin hindi napapagod if they play in front of your own countrymen,” he said.

“You have some of the best teams in the world, most of which finished second, third or fourth in their respective regions. Ako nga, I call this the ‘mini-World Cup,' just imagine the level of competition, ang lalakas niyan,” he said.

“Maganda rin sana na ma-host natin ito so we can showcase also to the Filipinos, the type of basketball there is outside of Asia … live,” said Antonio.

The minimum hosting fee is pegged at 1.8 million euros (around 93 million pesos), the cost of actual hosting is still outside this figure.

But Antonio insisted money should not be an issue.

“We’ll find ways, the money aspect is secondary. When we bid, we already have an idea more or less how much it will cost us. Hindi naman tayo papasok dyan blindly,” said Antonio.

Listen to interview with Butch Antonio on the SBP hosting bid: