JEBB Bulawan failed to hide his frustration the moment Terrafirma lost a close game against Pioneer Pro Tibay in their semifinals match in Leg 3 of the PBA 3x3 tournament.

The entire Dyip team was really upset following the 16-15 setback that denied them of a berth in the winner-take-all finals, but Bulawan was the most vocal in expressing his feeling out of the quartet of Dhon Reverente, Terrence Tumalip, and Matt Salem.

This gallant group of Dyip was on a mission and it dawned upon Bulawan they fell short of accomplishing it right on their first attempt.

The task: Win the third leg of the three-a-side meet and cash in on the P100,000 prize money which the Dyip agreed to give in full to the family of fallen captain Roider Cabrera, who remained confined in the hospital after collapsing at the dressing room following their game against Barangay Ginebra during Leg 2.

Before the start of Leg 3, the team agreed to dedicate its entire 3x3 campaign to the 30-year-old Cabrera and donate whatever purse the Dyip would be able to win along the way.

Terrafirma went undefeated in pool play, topping Pool A with a perfect 4-0 record to enter the knockout stage as the top seed. 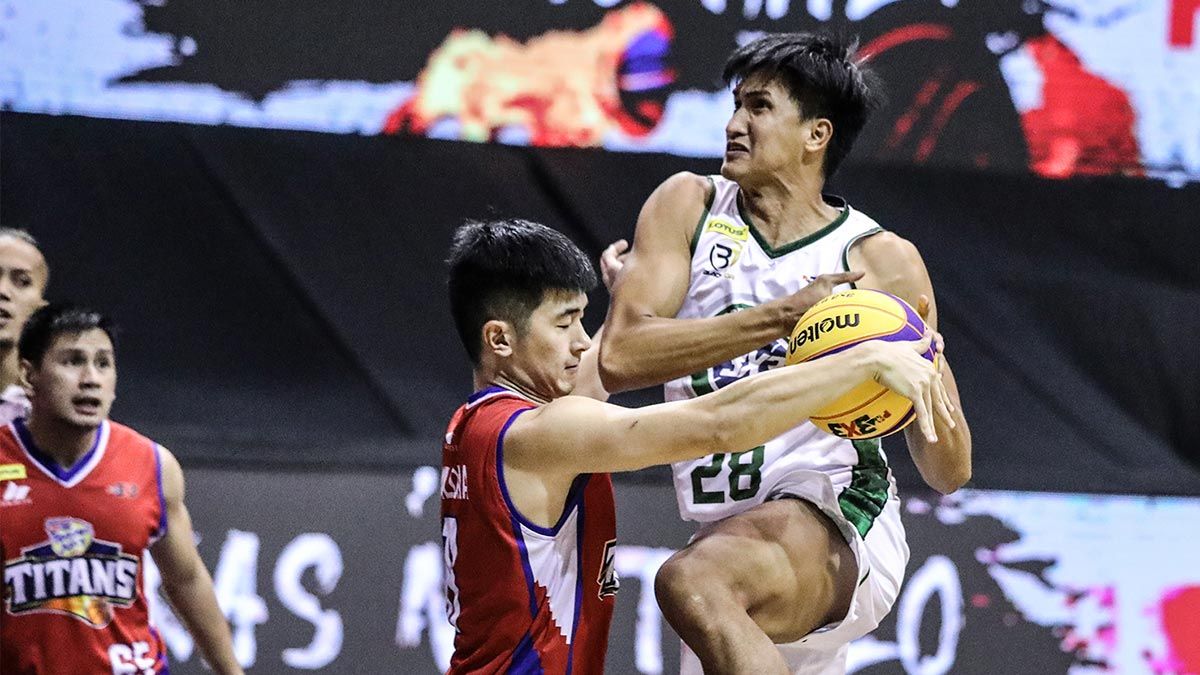 Playing with extra motivation, the Dyip got past Barangay Ginebra in the quarterfinals, 21-14, but was ambushed in the semis by eventual runner-up Pioneer Pro Tibay.

“Oo nga e, kaya nga medyo….,” he said without further going into detail on his action when he threw an empty bottled water after the loss and then tapped the bench hard at the rest area before proceeding to the dugout ahead of the rest of the team.

The Dyip eventually bagged third place following a 21-16 win over Purefoods TJ Titans and salvaged P30,000 in a prize money Bulawan hopes would multiply as the rest of the tournament progresses.