AFTER winning his first-ever PBA Best Player of the Conference award, is the season MVP next for Scottie Thompson?

The Barangay Ginebra guard refused to look too far ahead after claiming the biggest individual award of his seven-year pro career, insisting the focus right now is on helping the Gin Kings retain their Governors Cup championship.

“Pinapahamak mo na naman ako, e,” Thompson said in between laughs when SPIN.ph asked him about the possibility of becoming the league’s next MVP after a 95-84 Ginebra victory over Meralco evened the best-of-seven finals now tied at 2-2. 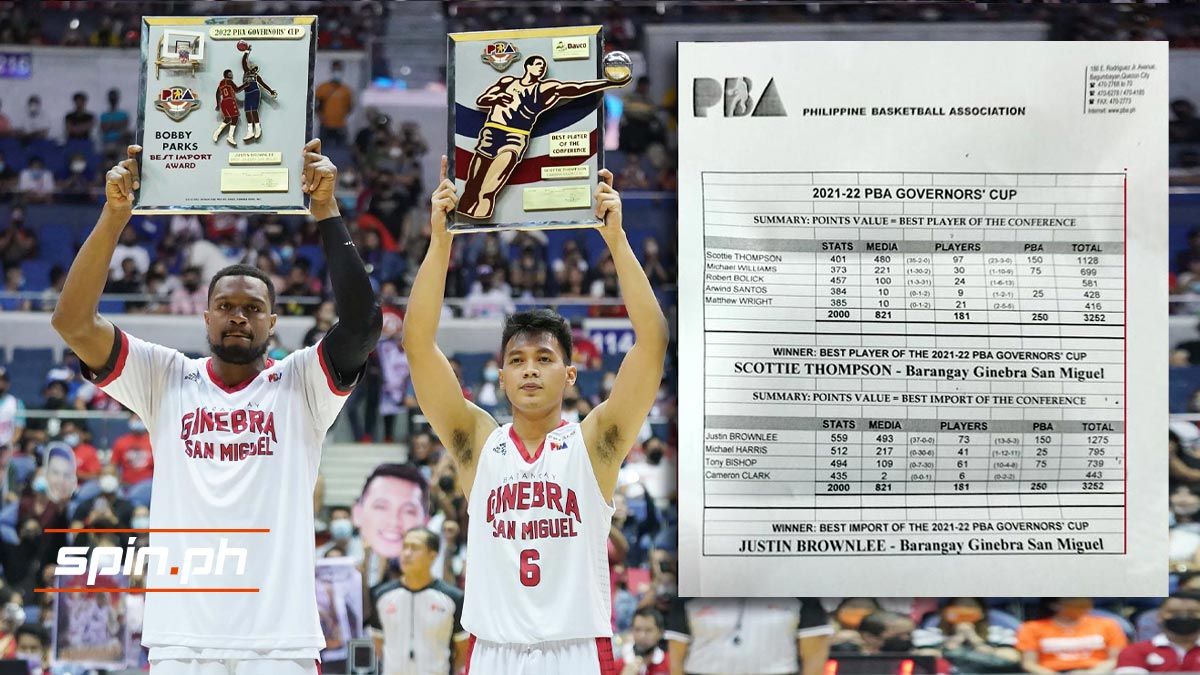 But by winning the BPC award, Thompson, 28, also put himself in a perfect position to vie for the 46th season MVP plum which will be awarded in the annual Leo Awards to be held during the opening of the next season in June.

Aside from Thompson, Mikey Williams of TNT is considered the other strong MVP contender after winning Finals MVP honors in the Philippine Cup where the Tropang Giga emerged champions. He also finished second to Calvin Abueva in the BPC race.

If ever, this will be the strongest chance so far of the high-flying guard out of Perpetual Help to vie for the league’s most coveted individual award.

Thompson was once MVP in the NCAA during the 2014 season, a year before he applied for the draft where coach Tim Cone made him the No. 5 overall selection.

But in the same way he didn’t think about the BPC plum before, Thompson also have the same mindset as far as the MVP is concerned.

And perhaps from there, everything follows.