THE hard lesson couldn’t have come at a worse time for TnT Katropa.

The top seeded team suddenly found its back against the wall after a deflating 99-94 loss to San Miguel Beer in Game 5 of the PBA Commissioner’s Cup finals Wednesday night at the Smart Araneta Coliseum.

It was the first time the Katropa lost back-to-back games this conference and the first time they trailed the Beermen in the best-of-seven title series, 3-2, after failing to protect a huge 16-point lead in the fourth quarter.

Now Terrence Jones and Co. will have to do things the hard way – sweep the last two games of the finals to win their first championship in four years.

“This is a hard lesson for us. We have to get back again on Friday. It would be mentally tough, yung mga sitwasyon na ganyan kailangan as I’ve said kailangan mo munang ma-experience yung mga ganyang bagay bago ka matuto.” 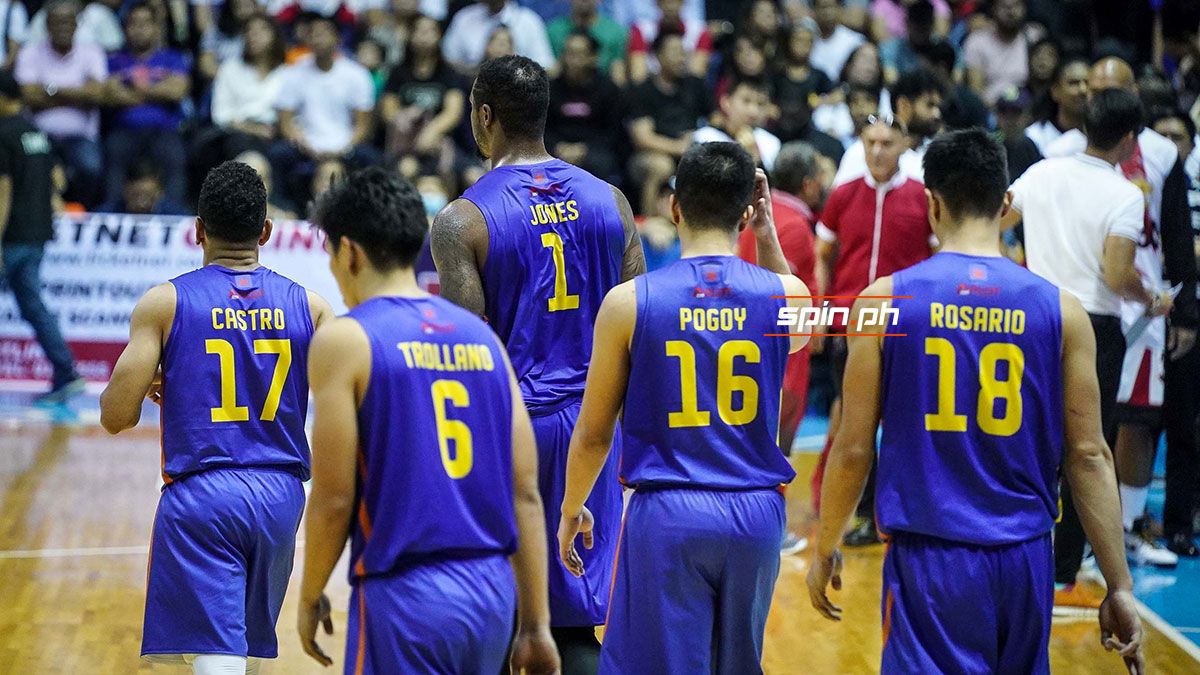 The Katropa appeared ready to claim another win after Roger Pogoy’s booming three gave the team its biggest lead at 85-69 early in the fourth period.

But the Beermen worked their way back from the grave behind import Chris McCullough, who outplayed TnT counterpart Terrence Jones in the final 10 minutes of the game.

The TnT coach tried to put up a brave front amidst the heartbreaking loss, saying everything is not yet over until the Beermen win four games.