LUCENA - Bong Quinto vowed to make up for his shooting woes when he played in his very first PBA finals game.

Especially after he felt Barangay Ginebra willingly gave him a lot of open looks to the basket in Game One of the title series.

Quinto though, failed to capitalize and only finished with three points as the Bolts lost the series opener, 91-87.

The former Letran stalwart could only shoot 1-of-5 from the field though he issued a team-high six assists.

His struggle came just after dishing out a PBA career-high 19 points on a perfect 3-of-3 shooting from three-point range in the Bolts' deciding Game 5 duel against TnT Katropa during the semifinals.

"Hindi lang talaga pumapasok yung mga tira ko," said Quinto, who had a feel of the Quezon Convention Center on Thursday after the Bolts held their early evening practice. 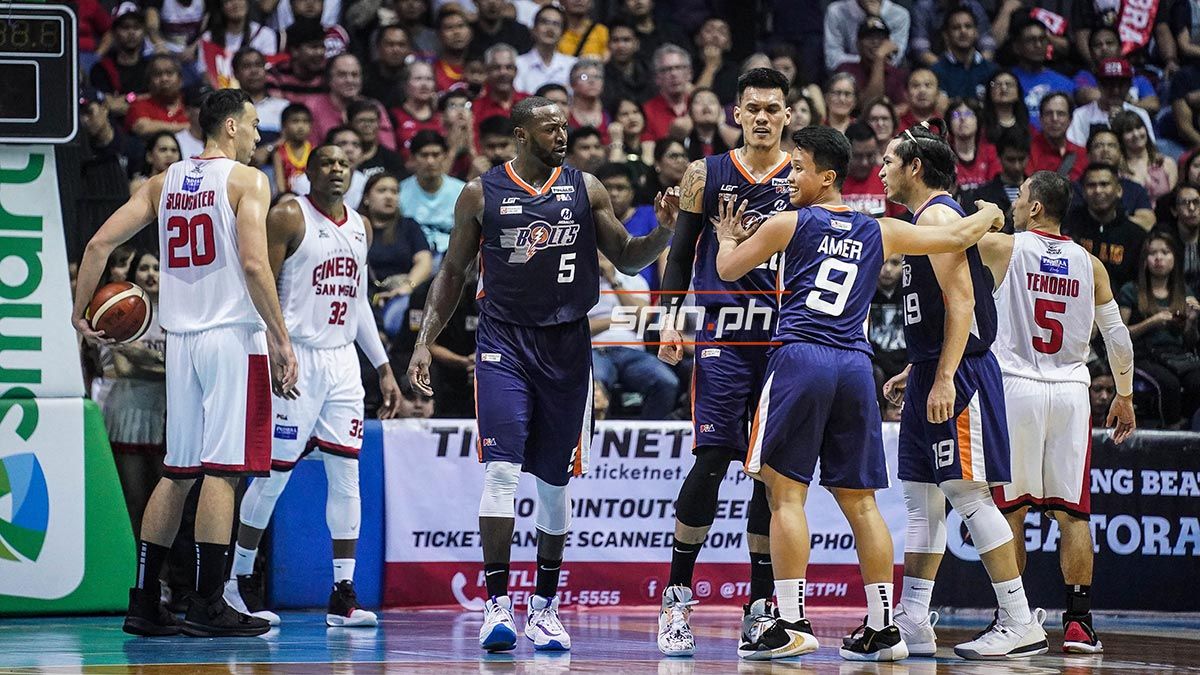 In particular, the young guard pointed out to a missed wide-open three-pointer with 23 seconds left and the Bolts just within 88-87.

The shot was so bad, the ball didn't even touch the ring.

For a while, the Meralco wingman said he felt a bit jittery playing in his first finals game as a pro.

Adjustment, according to him, is the key for Meralco to bounce back in Game 2 on Friday.

And for Quinto it meant getting even better at the defensive end to get his scoring going.