ANTIPOLO – JVee Casio drained the key shots late in the game as Blackwater stunned defending champion TNT, 85-78, on Thursday at the start of their PBA Season 47 Philippine Cup at the Ynares Center.

Casio scored the Bossing’s final seven points of the game to break a 78-78 tie to save the Bossing, who started the conference on a winning note months after their 29-game losing streak was snapped during their final game of the Governors’ Cup last season.

Casio ended up with 22 points on 5-of-11 from threes for Blackwater, spoiling the late effort of RR Pogoy, who carried the fight for TNT to finish with a game-high 32 points.

Blackwater coach Ariel Vanguardia though was quick to play down the victory, being just the start of a long season.

“We stuck with what it is working. It’s not every day you beat a champion team. If we play them 10 times, maybe we beat them once. Alam namin na we have a chance if we play together and play as a team,” said Vanguardia. 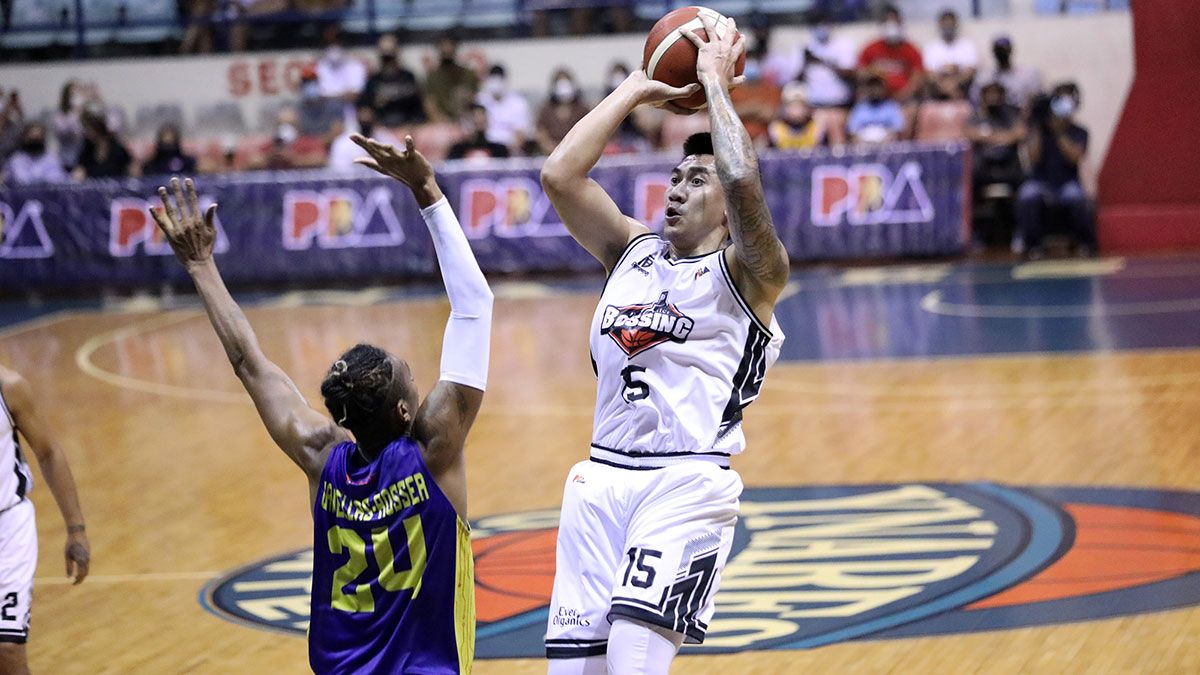 Blackwater led by as many as 13 points, 64-51, in the third, but TNT came storming back with Pogoy rallying the Tropang GIGA with a five-point swing to tie the game at 78-78 only for Casio to save the win for the Bossing.

Casio scored on a short stab and lay-up, before the former La Salle star drained a three to settle the final score with 41.4 seconds left in the contest.