BLACKWATER is very open to the possibility of taking part anew in the planned East Asia Super League to be held in Macau this September.

Team owner Dioceldo Sy said it would be an honor to play again in the Terrific 12, one of the biggest cage meets in Asia that features pro ballclubs from China, Japan, South Korea, and the Philippines, especially in this trying time when the entire world is beset with the coronavirus pandemic.

Of course, the safety and health concern of the players is paramount, which Sy believes should be a major priority of the organizers, led by tournament chief executive officer Matt Beyer.

“I would more than willing to help and support the Terrific 12,” said Sy on Monday. “This will provide people some respite during this crisis and help them slowly get back to normalcy.”

Beyer announced the Terrific 12 is now on its planning stage despite the outbreak of the pandemic and has already penciled a Sept. 15-20 date for the meet.

Sy doesn’t see any conflict with the Elite’s participation in the tournament should the PBA finally resume its stalled season at around the same time. 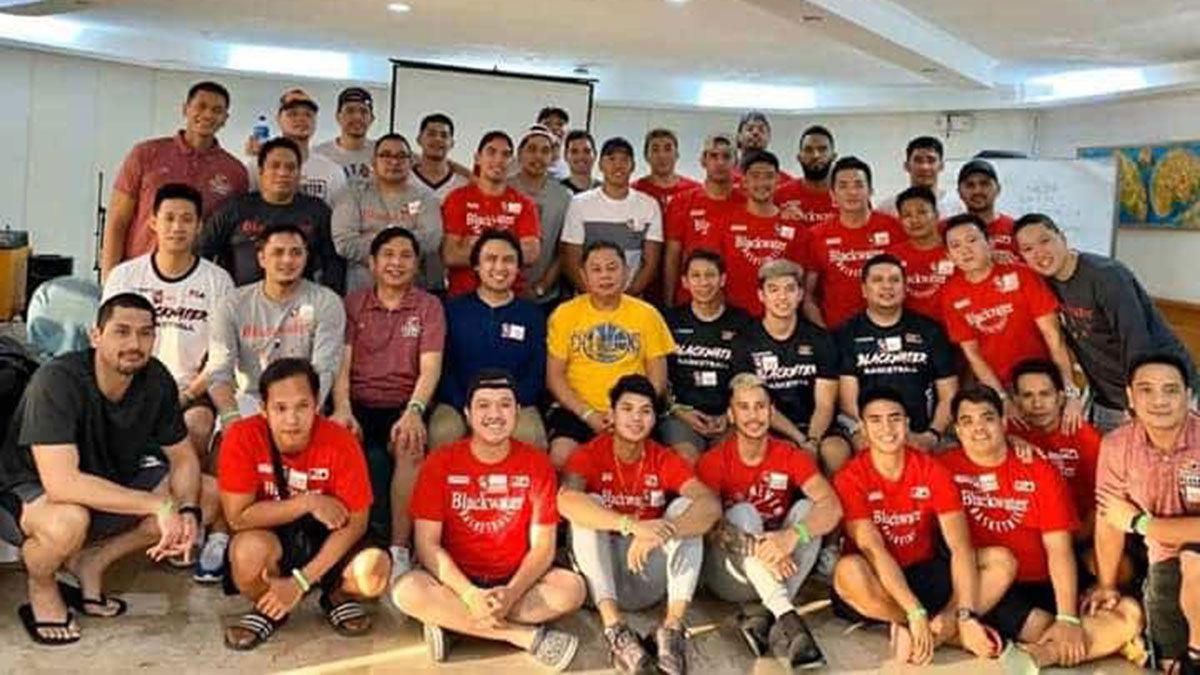 At the most, the Terrific 12 will only be held for about a week which wouldn’t really have a major effect on Blackwater’s playing schedule in the Philippine Cup.

“We’ve done it last year when the Terrific 12 was held at about the same time the Governors Cup opened shop. I think the schedule can be adjusted for Blackwater to play a game or two later on,” said the President and CEO of Ever Bilena.

If the PBA cancels its season altogether, all the more that Sy believes the need for Blackwater to campaign in the East Asia Super League.

“It’s a good team, fairly even, with no superstar in the team,” was how he describes the Elite under new coach Nash Racela.

“I believe this team has a solid core,” he added.

Fourth-year big man Mac Belo now serves as the centerpiece of the franchise whose team-up with no. 2 rookie pick Maurice Shaw gives the Elite a potential 1-2 punch at the frontcourt.

Blackwater has yet to play a single game in the season-opening conference when the PBA shelved the season indefinitely following the outbreak of the coronavirus.

Seeing action in the Terrific 12 marks the third straight stint for the Elite in the tournament. Last year the team was joined by PBA teams TnT Katropa and San Miguel as Philippine representatives, with the Beermen advancing all the way to the semis before losing to eventual champion Liaoning, led by former NBA player Lance Stephenson.

Beyer assured that East Asia organizers are already planning ways of keeping the safety of the players and participating teams.

The Hong Kong-based American isn’t discounting as well staging the tournament behind closed doors with no fans allowed inside the venue.

Sy said Blackwater would have no problem with that.

“That’s better than having nothing,” he stressed. “We don’t have much choice now.”