MERALCO coach Norman Black rued the offensive rebounds the Bolts gave up in a Game Three loss to TnT KaTropa that left the Bolts one loss away from elimination in the PBA Governors’ Cup semifinals.

Black said the 16 offensive rebounds of TNT hurt Meralco, the biggest of all by import KJ McDaniels that led to a putback and gave the KaTropa a 100-97 lead.

“Certainly had a chance to win the game,” said Black, whose team even had an 11-point lead at one point in the match. “Gave up some offensive rebounds in the fourth quarter that hurt us, and then made a turnover at the most crucial time. 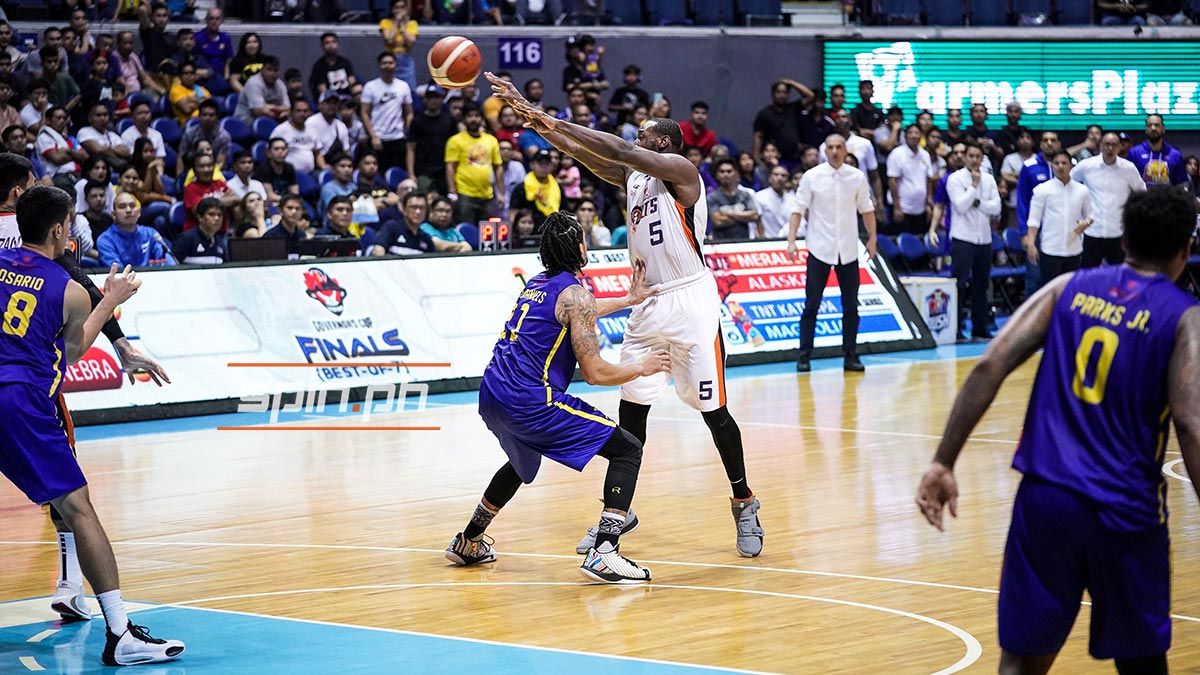 "If we did a better job of on the defensive rebounding, probably we had a better chance of winning the game.”

The Bolts also had a late turnover in the game when Allen Durham mistakenly passed the ball to Cliff Hodge, who was not in the game.

Although he noted how crucial the turnover was, Black insisted the rebounding was a big part of the reason for the defeat.

“Then, we made a turnover at the most crucial time of the game. If we had a better job of defensive rebounding, probably we had a better chance of winning the game tonight,” said Black.

“Hopefully, he didn’t pass the ball to Cliff because Cliff was on the sidelines. But, yeah, that was pretty costly. It happens. It’s bad that it happened to us in the most crucial part of the game,” he said.

Black also wants to see more consistency if the Bolts hope to send the best-of-five series to a deciding game.

“We just have to be more consistent. Play for 48 minutes, instead of 24,” Black said.