MERALCO coach Norman Black didn’t deny getting a bit concerned about the possibility of the Bolts’ PBA Philippine Cup game against Phoenix being cancelled midway in the first half after Ynares Sports Arena playing court became too slippery for comfort following the heavy downpour Wednesday night.

Black felt worried about the scenario especially since the Bolts had taken control of the game until that point, leading 33-26 with 4:07 left before the break.

The leakage on the rooftop brought about by the rains continuously dripped on the floor that league officials ordered a temporary stop to the game to protect the safety of the players. 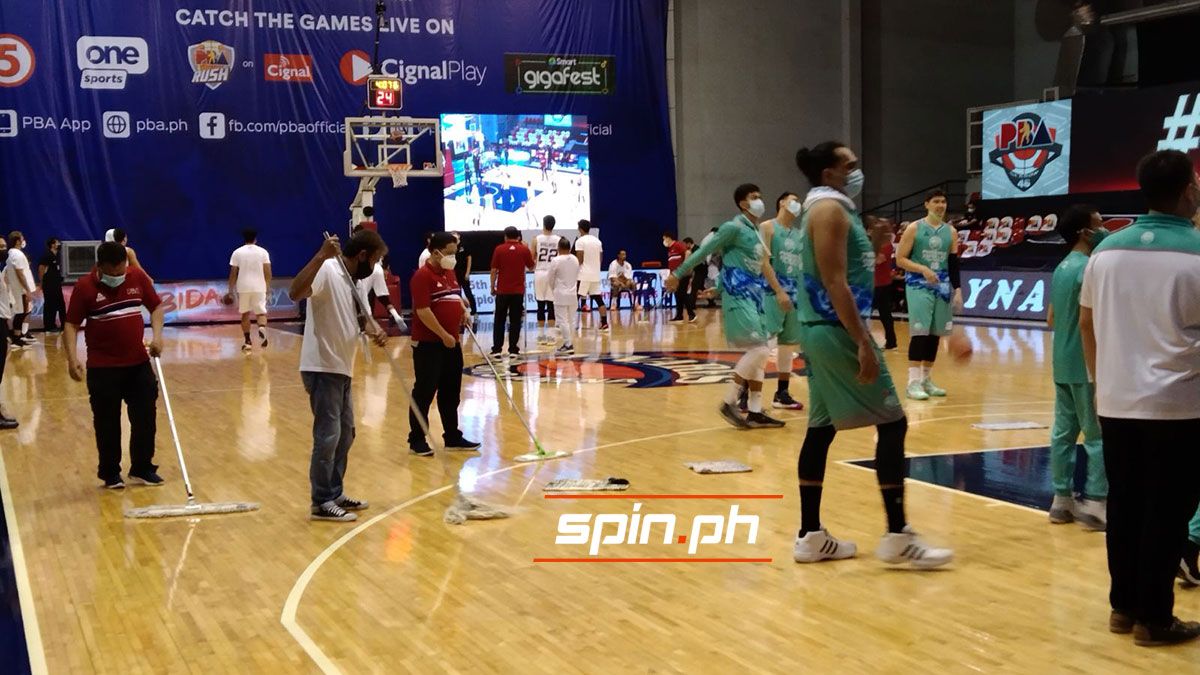 A one-hour grace period was made, and should the playing court still been rendered unplayable shortly after the given time frame, league rules would be applied which is to the disadvantage of the Bolts.

“I was a little bit concerned because the commissioner told us that the game would stop. Then we would have to play entire game all over again. And we were ahead by seven points, so I wasn’t too happy with that,” said Black.

Commissioner Willie Marcial told both Meralco and Phoenix that under PBA rules, matches that are cancelled right before halftime would have to be played all over again.

Matches that are cancelled after the halftime on the other hand, would be resumed from the point where it was stopped.

“But that’s the rule. And so we have to abide by it,” said Black.

“But luckily, the rain let up and we were able to continue with the game.”

Picking up from where Bolts left off

And so once they returned to the floor, the Bolts lost no time to widening the gap between them and the Fuel Masters.

Meralco went on a 15-6 run going to the break that stretched its lead to 48-32, a deficit Phoenix found too huge to overcome as the Bolts came through with a 91-80 win.

Chris Newsome, who had a second team-high 23 points in the Bolts’ third win in four outings, also thought about the possible stoppage but said the team just kept its focus about winning the game.

“As long as the court is available for us to play and not get hurt, I think that’s the biggest concern. We don’t want anybody to get hurt,” he said. “Whatever we have to do in order for that to happen, I think the commissioner will make the best decision in that regard.

“But for us, all we could focus on is just playing.”