HE happens to be the richest Filipino athlete ever - a billionaire and global boxing icon who, until recently, had a multi-million endorsement deal with apparel giant Nike.

That's the reason we found it quite odd that when Manny Pacquiao made his maiden PBA All-Star appearance a week back, the Mahindra playing coach wore old-model shoes that quite frankly looked out of place when ranged against the Jordans and Kobes worn by the other All Stars.

[See Who wore hottest kicks from 2016 PBA All-Star Game? See for yourself]

“May kuha pa kayo n'yan," Pacquiao said chuckling when shown a picture of the red 2014 Nike Hyperdunk shoes which he wore during the Stalwarts vs Greats game during the PBA All-Star Weekend - and still wears to games whenever he suits up for Mahindra.

So why these two-year-old shoes when he can buy the most expensive shoes in the world?

Pacquiao, 37, bared that he personally bought the shoes when he accompanied his sons Jimwell and Michael to a shopping trip while taking a break from his training in the US.

The locally made socks are even older, Pacquiao revealed, estimating them to be around eight years old. 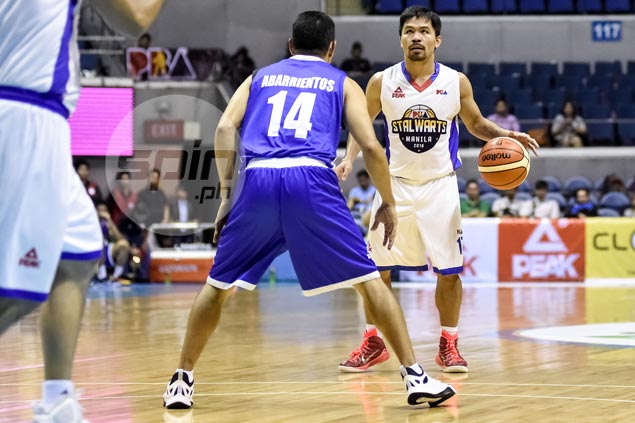 The young Senator’s close-in security, Julito Cagumay, bared Pacquiao was never picky when it comes to shoes or any personal belongings for that matter.

Pacquiao relative and now head of security Caloy Homo said has never changed despite the fame and riches - a simple man with simple taste.

So what happened to all the free apparel and expensive things he has purchased over the years?

Homo bared that almost all of the boxing icon's staffers, both in the Senate and elsewhere, have benefited from the generosity of the former pound for pound champion. 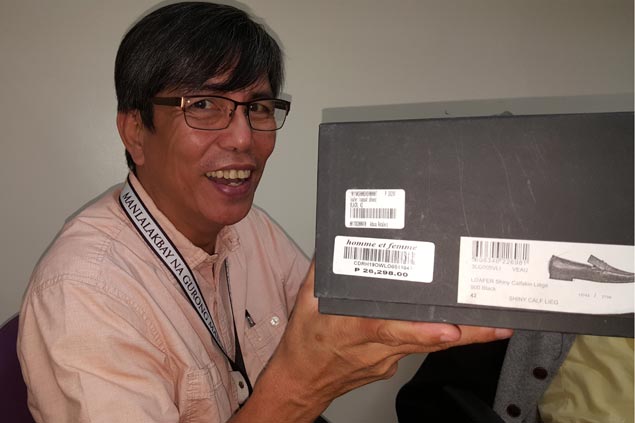