REY Nambatac hit a big three-pointer off a broken play with 12 seconds left, dousing a last-ditch San Miguel comeback as Rain or Shine escaped with an 87-83 win on Tuesday in their 2020 PBA Philippine Cup debut at the Angeles University Foundation Sports Arena and Cultural Center.

The Beermen overcame a poor start to come within a point, 82-81, inside the final minute and looked as if they would get a shot at a go-ahead basket when a double-team forced Javee Mocon to make a poor pass that was broken up.

Nambatac, however, beat every single Beerman on the floor for the loose ball and, with the shot clock ticking down, drained a three-pointer that sucked the life out of the SMB fightback.

Nambatac’s three was actually his only field goal of the game after missing his first six shots.

“We got the win probably because Rey hit a big three-point shot to give us a four-point lead,” said Rain or Shine coach Caloy Garcia. 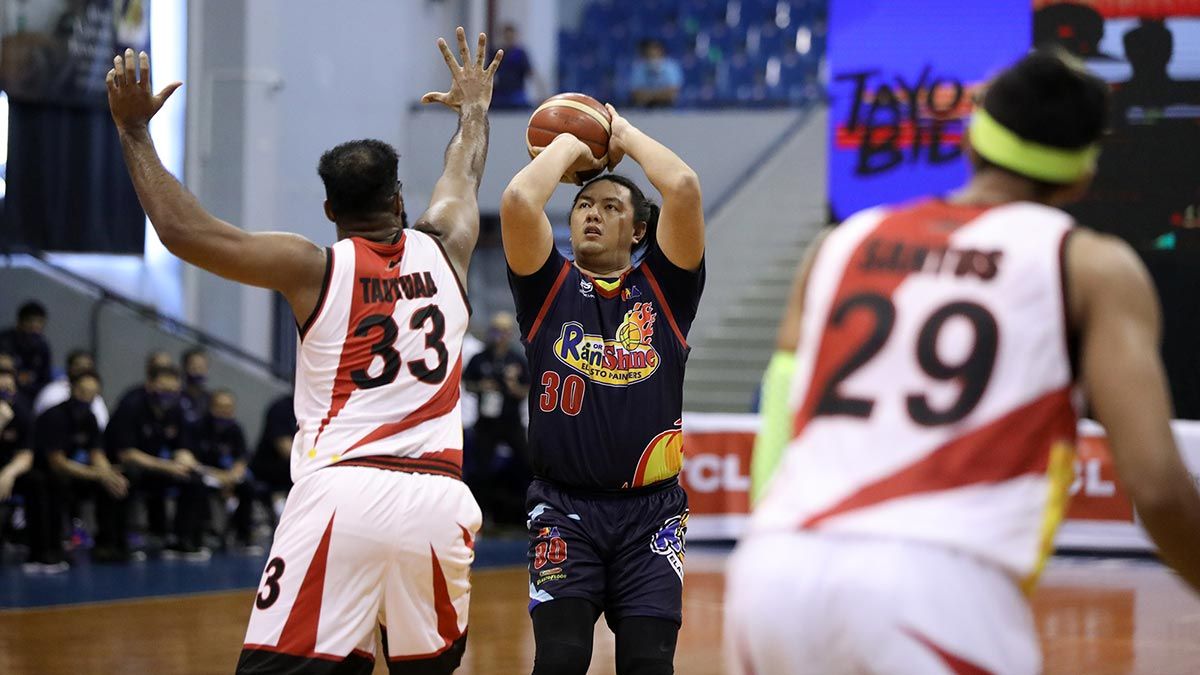 The former Letran star's late heroics rescued Rain or Shine from what could've been an ugly collapse. The team opened the game with 16 unanswered points behind Mocon, who scored 10 of his career high-tying 25 points during that stretch, and was in control from the opening tip until the final seconds.

“Coming into the game, wala kasing tune-up games so the first quarter would be an adjustment for us but we started pretty well. Knowing San Miguel, they would fight until the end,” said Garcia.

In true San Miguel fashion, the Beermen came storming back from that huge deficit with back-to-back triples by Mo Tautuaa and Terrence Romeo, 82-81, before Nambatac’s triple to beat the shot clock.

Rain or Shine answered every San Miguel run with one of its own. At one point, the Elastopainters scored 12 unanswered points in the third quarter to put separation between them and the Beermen, 65-51.

A number of other players also stepped up for Rain or Shine, with Kris Rosales scoring 15 points off the bench, Beau Belga contributing 12 points, and Gabe Norwood grabbing 11 rebounds in the victory.

Marcio Lassiter had 20 points on 5-of-9 shooting from threes in a losing effort for the Beermen, who dropped to 1-1 (win-loss). They beat Magnolia in the league opener before the season was halted due to the global COVID-19 pandemic.

Alex Cabagnot added 18 points for SMB and became the 31st player to score at least 8,000 points in his career.