BETTER late than never seems to be the message June Mar Fajardo conveyed after suiting up for Gilas Pilipinas in the latter part of its Fiba Asia Cup campaign in Lebanon.

Initially expected to miss the entire continental championship due to a calf injury the was revealed a day before the team left for Beirut, the San Miguel Beer superstar turned out healthy enough to play starting in the quarterfinals against Korea.

Fajardo then played in the last two games against Lebanon and Jordan, respectively, ending up with averages of six points and three boards in 12.7 minutes in three games.

“Siguro oo (better late than never), syempre thankful din ako nabigyan ako ng chance na makalaro din,” the three-time reigning PBA MVP said in a chat with SPIN.ph after practice on Thursday on the eve of SMB’s Governors’ Cup game against GlobalPort, its return to action after a three-week break.

Asked if he forced himself of play so he can represent the country, Fajardo disclosed he was finally healthy enough to play for the national team.

Fajardo, though, insisted it wasn’t his way of silencing his doubters who questioned the timing of his injury.

Fajardo stressed he’s still not in top shape as he let SPIN.ph touch the part of his right calf that felt weird and would still tighten from time to time. 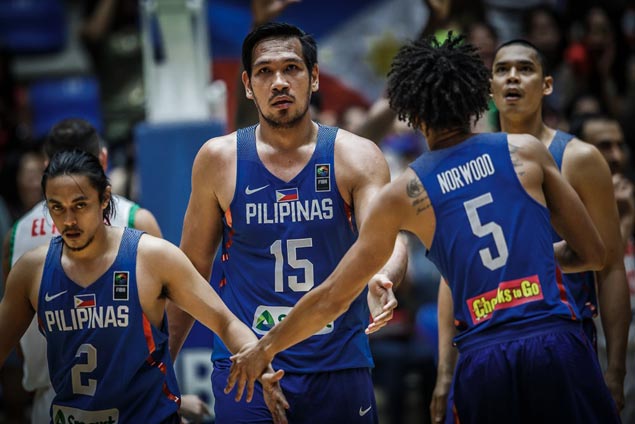 Now, Fajardo is thrilled as he shifts his focus to SMB’s grand slam bid, although he said he’ll play sparingly against the Batang Pier after resting on Wednesday and just going through a walkthrough in practice on Thursday.