ON one of the biggest nights of his career, Calvin Abueva didn't even stay around long enough to celebrate in the end.

The enigmatic Alaska forward walked out of the court ahead of everybody else in Game Four of the PBA Commissioner's Cup Finals on Friday night after he was ejected for successive technicals in the fourth quarter.

That ended the night for 'The Beast,' who, just hours earlier, got the nod for a first Best Player of the Conference award. He was already in the dugout when Alaska celebrated a 111-99 victory that averted a Rain or Shine sweep of the finals.

[See Alaska refuses to go down without a fight]

However, Abueva was unusually calm inside the dugout, moments after being ejected for excessive complaining over a loose ball battle against Rain or Shine guard Maverick Ahanmisi.

“Ok naman, sa ngayon maganda ang pakiramdam ko,” he told SPIN.ph as he got ready to dress up inside the Alaska locker room.

The pride of Balibago, Angeles, Pampanga had 14 points, 10 rebounds and four assists before his ejection, and later said he believes there was a deliberate effort on Rain or Shine's part to get in his head.

But it's all part of the game, he was quick to add.

Abueva said the BPC award is a blessing, but insisted his main priority is winning a championship for Alaska.

And he's not giving up. 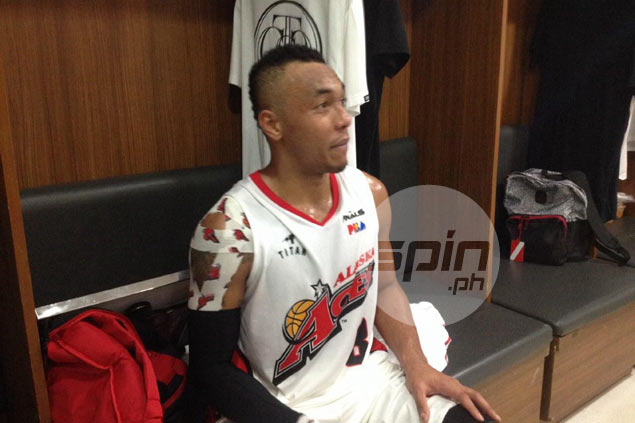