[Editor's Note: Fifth of a series]

IT'S almost a yearly tradition that a deluge of guards always test their luck whenever the PBA rookie draft comes around.

And with this year garnering the most number of applicants, those small yet spunky court generals didn't just come in bunches, they came in droves.

They may not be as gifted as compared to their peers, these guards certainly merit the same attention as that of the bigs and the wingers.

After taking a look at those Fil-foreigners, it's now the turn of those who played college ball here.

For the fifth part of this series, Spin.ph makes our picks for the top guards from the local leagues who are vying for spots in the PBA. 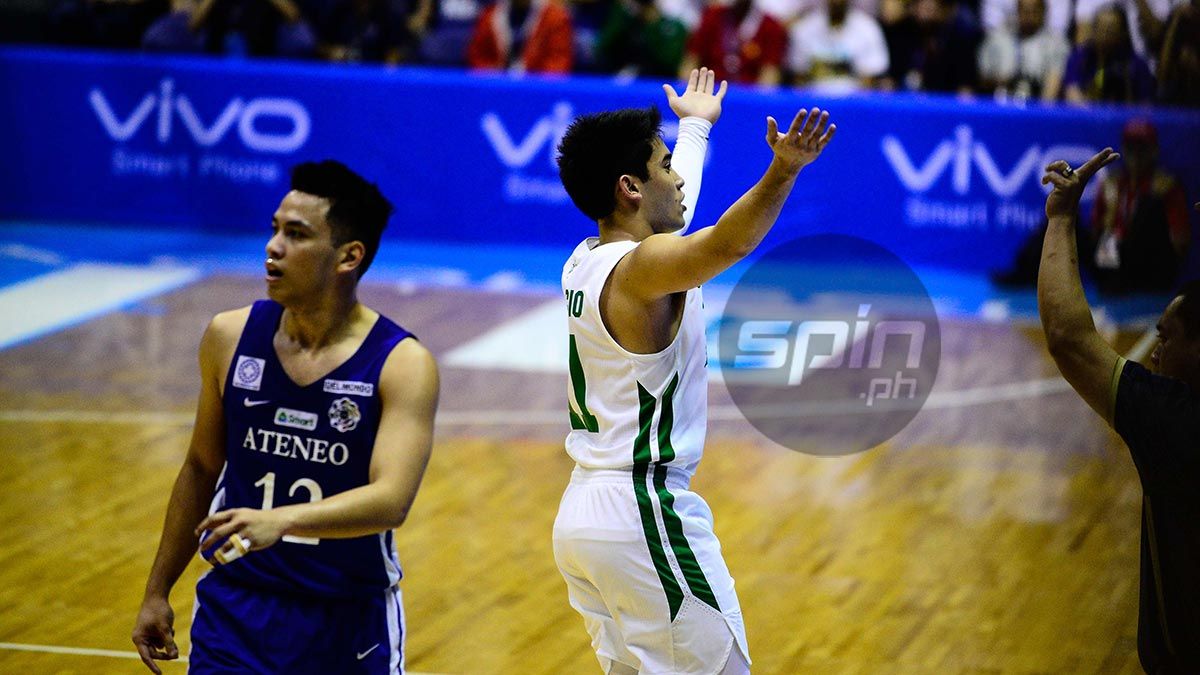 Disregard his small stature and what you get from Melecio is an absolute leader, one who showed no fear in stepping up to the spotlight from his days in La Salle Zobel in high school to his collegiate career in Taft.

The Bukidnon native has evolved his game by a lot, turning from a cold-blooded shooter to a more disciplined playmaker who has been the backbone of the Green Archers' offense for the better part of the last two seasons now.

Melecio, who was the UAAP Rookie of the Year back in 2016, took a bit of a backseat in his fourth year in La Salle, averaging only 10.6 points on 32-percent shooting from threes, alongside 3.7 assists and 3.2 rebounds in 25 minutes of action last UAAP Season 82, but the sacrifices he made only helped his team in the long run as they tried to maximize their gains with Justine Baltazar and Jamie Malonzo in the fold.

Yes, he remains as one of the smallest prospects in the pool, but teams who are willing to bet on him will be locked with a surefire steal. 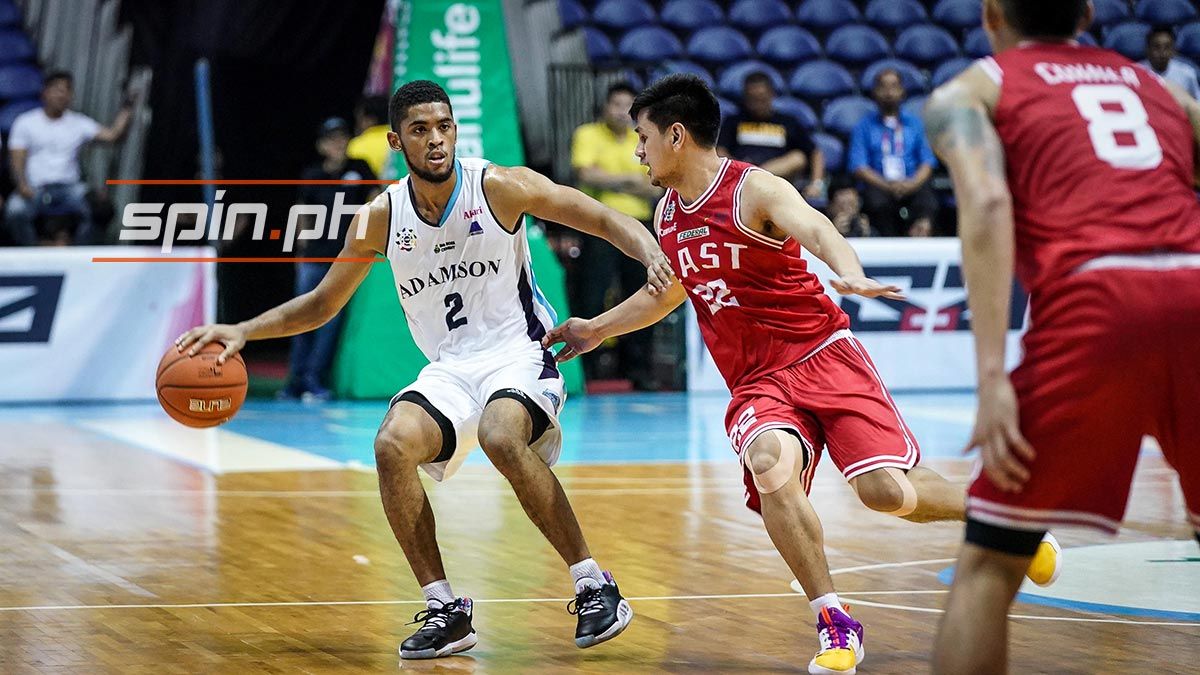 Ahanmisi's claims of being one of the best shooters in the draft took a bit of a hit after a so-so fourth year in Adamson.

Trying to coexist with a new shooter in Valandre Chauca, the Fil-Am gunner sacrificed a bit of his touches and it showed on his numbers, norming only 13.1 points on 29-percent clip from deep, aside from 3.6 boards and 1.4 assists in 30 minutes of play last UAAP Season 82.

Still, shooters shoot, and Ahanmisi has proven before that he can be among the best gunslingers, faring in the league's top 10 in his first three seasons, all of which the Soaring Falcons made the Final Four.

The younger brother of Alaska guard Maverick still could've used another go-round in Adamson for his maturity and confidence, but he's definitely one of the serviceable guards teams can snag in this draft exercise. 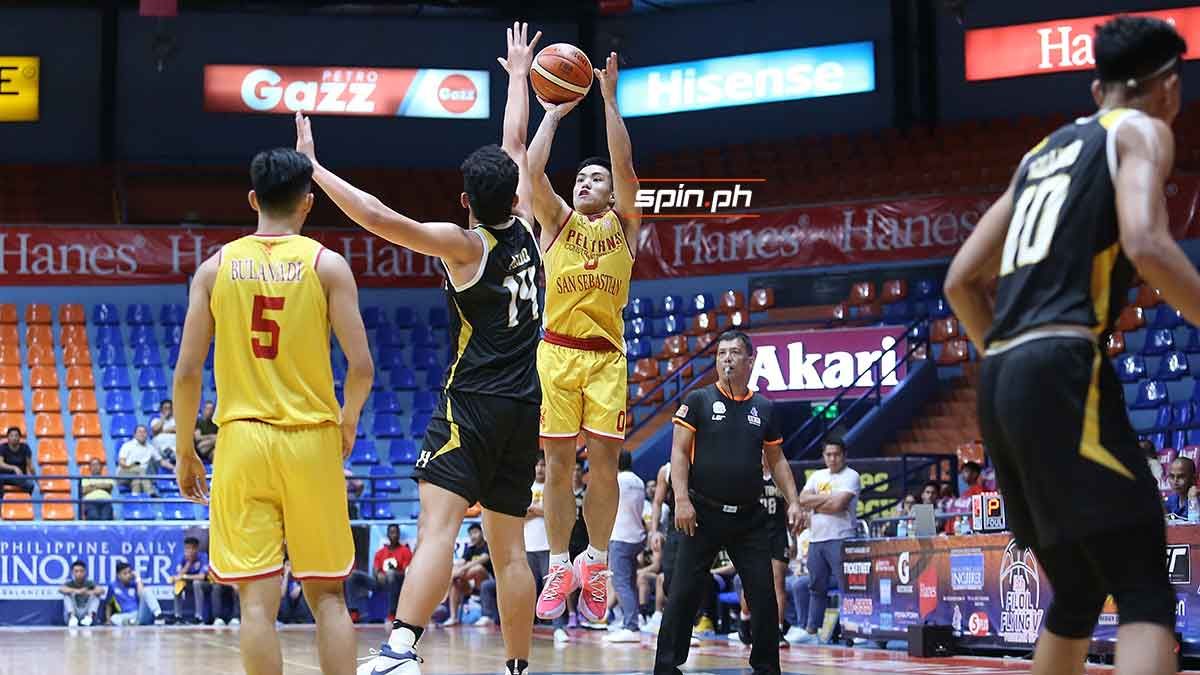 You can never call Ilagan gun-shy. After all, he's possibly the closest to an automatic bucket among the guards in this list.

The pride of Tondo has consistently staked his claim as arguably the best shooter in the collegiate ranks today, and his body of work speaks for itself: averaging 15.8 points on 32-percent shooting from rainbow country, along with 4.0 rebounds and 4.0 assists on 29.2 minutes for San Sebastian last NCAA Season 95.

His physical attributes, however, remains something Ilagan needs to work on as at 5-foot-7, he definitely needs to bulk up to be able to hang with the league's hefty and pesky guards.

Still, you can never go wrong in taking this Golden Stag, all the more for teams aiming to unearth gems.

Looking solely at the numbers will never do Tungcab justice.

In his final year in UP, the Sta. Rosa, Laguna-born guard averaged only 2.9 points on 37-percent shooting, and 1.6 rebounds as he played a measly 10.5 minutes for the Fighting Maroons in UAAP Season 82. His short four-game run with Batangas Tanduay Athletics in the Maharlika Pilipinas Basketball League (MPBL) wasn't as better, norming only 3.65 points on 29-percent three-point shooting, as well as 2.3 boards and 1.0 assist in 14.2 minutes.

But teammates and coaches alike would constantly praise the effort put in by Tungcab, with some branding him as one of the most hardworking players on the court, which was reason enough why the Gilas Pilipinas program willingly took him in and even caught the attention of Japanese club Koshigaya Alphas in the second division of the B.League.

Tungcab may never be a team's leading scorer at this stage of his career, but you can bet that there won't be any let-downs in his defensive game. 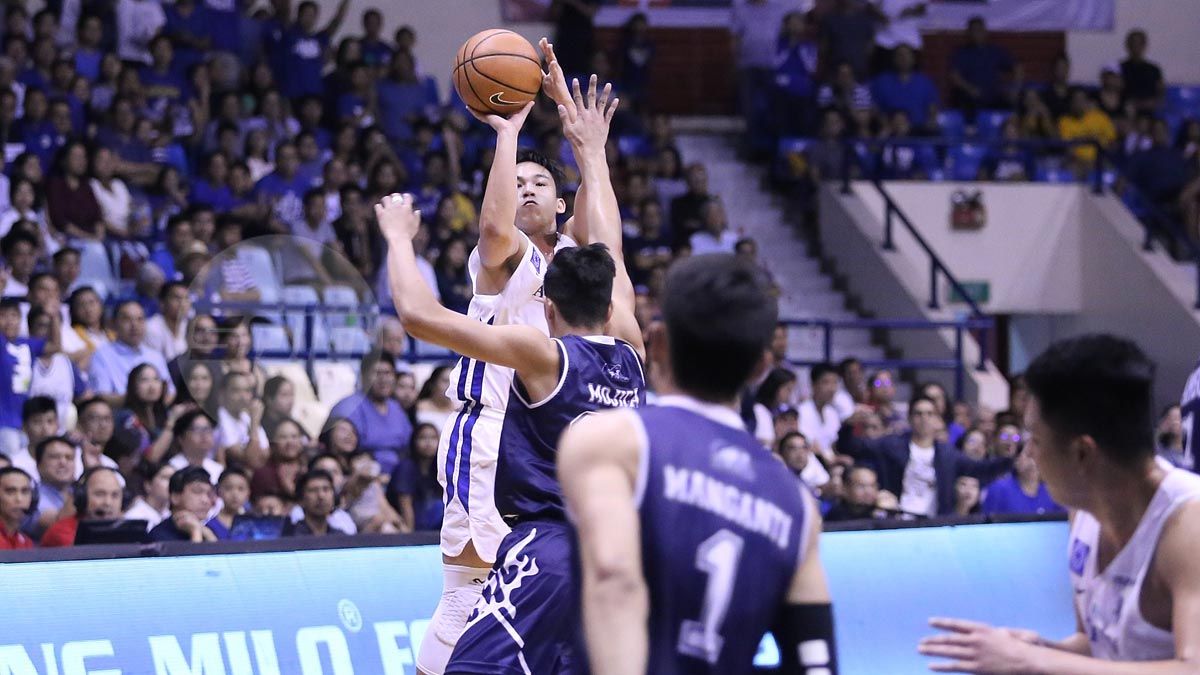 Cool, calm, and collected: that's Asistio in a nutshell to you.

His composed demeanor was one of the keys in guiding Ateneo to two championships in his last years there, where he nabbed 7.2 points on 38-percent shooting from threes, alongside 1.5 assists and 1.4 rebounds in 17 minutes back in UAAP Season 81.

But don't be deceived by his boyish looks: Asistio has been grizzled by his travails after leaving Katipunan.

From the 3x3 circuit to the MPBL, he has proven that he belongs. To wit, he tallied 10.0 points on 37-percent shooting from deep, to go with 2.0 rebounds and 1.9 assists in 21.4 minutes of play for the Zamboanga Family's Brand Sardines while also being fearless in taking contact against bigger opposition.

Many believe that Asistio should have joined the last draft, but there's no question now that this former Blue Eagle is ready for primetime. 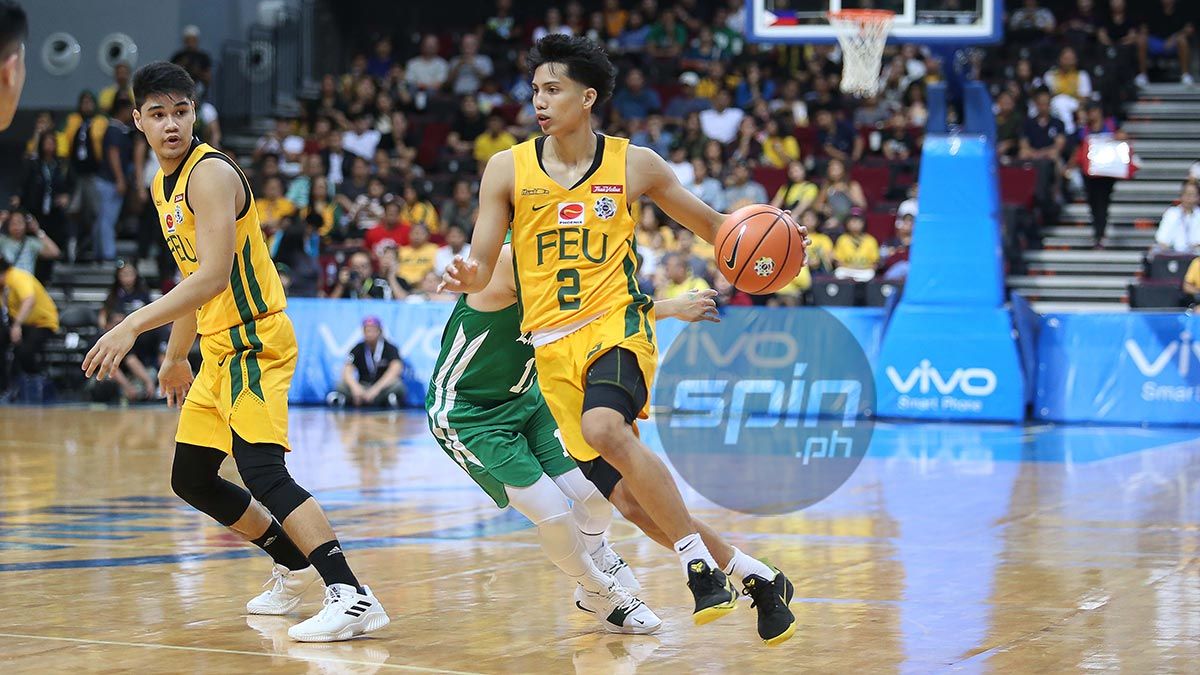 Rugged as they come, Stockton is certainly one of the rare defensive minded guards in this year's field.

The Fil-Am scrapper isn't one to back down from any physicality, taking advantage of his physical attributes that more often than not drives his foes nuts.

He may only have posted 5.1 points on 30-percent shooting, to go with 2.1 assists and 1.7 rebounds in 16 minutes last UAAP Season 82, but boy, did the Tamaraws love his pesky activity on the floor, especially on the defensive end.

Any team sure could use a Stockton, a player who loves being a pest in hounding the opposing guards. 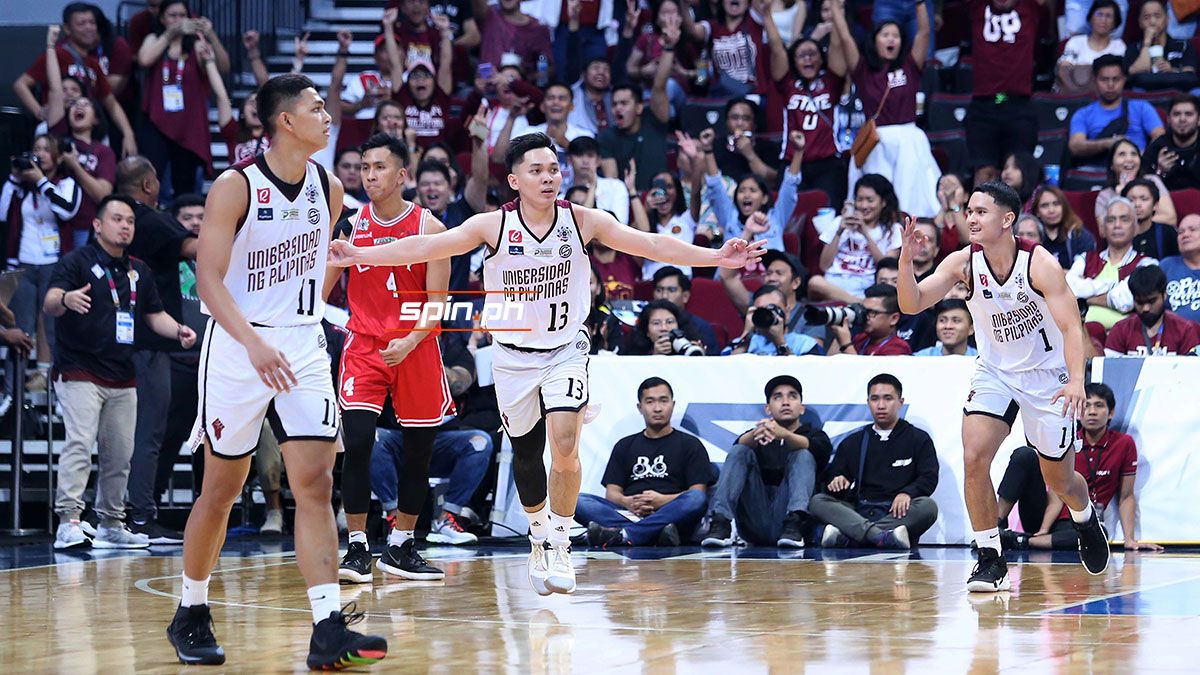 Manzo's calling card has always been his fearlessness, one that served him well in Cesafi with UV and later on, with UP in the UAAP.

That feistiness was all too needed for the star-studded Fighting Maroons, especially after the graduation of Paul Desiderio, as he acted as a stabilizer for the Diliman side in UAAP Season 82 despite only netting 8.4 points on 40-percent shooting, along with 4.0 assists and 3.5 boards in 26 minutes on the floor.

His run in the MPBL, though, is largely forgettable, only collecting 3.2 points on 32-percent shooting clip, as well as 1.6 rebounds and 1.3 assists, but that was due in fact to him only being used sparingly, 9.4 minutes to be exact.

Aching for opportunities, Manzo might just get his due in the PBA.