Like Japeth and Arwind, Paras pulls off own All-Star dunk - with help of Fajardo

CALASIAO, Pangasinan—Aside from the highlight dunks performed by Japeth Aguilar and Arwind Santos, PBA legend Benjie Paras also entertained the crowd in the PBA All-Star Game with his comedic ways on Sunday.

Paras gave the current players a run for their money as far as cheers are concerned, as fans egged on North All-Stars coach Louie Alas to insert the two-time PBA Most Valuable Player in the game.

When he was finally inserted in the second period, the now-50-year-old Paras, who is also a TV and movie personality, entertained the crowd not really for his basketball talent but for his antics.

At one point, the former Shell cager soared high for the dunk but with the help of four-time PBA MVP June Mar Fajardo of the South All-Stars, who carried him to execute the finish. 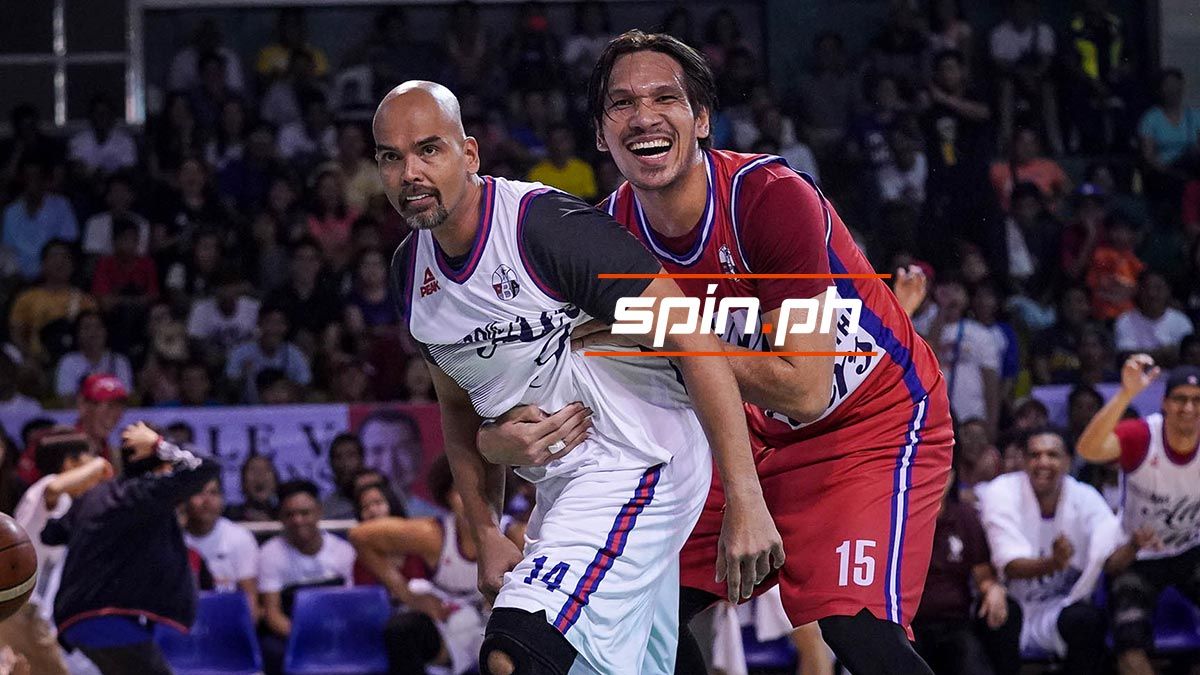 Paras said he is happy to play on the 30th anniversary of the first All-Star game where he was a part of when he played for the Rookies, Sophomores, and Juniors against the Veterans.

Aside from Paras, Ronnie Magsanoc, his tandem with Shell during their playing days, also suited up for the North All-Stars, while the Purefoods duo of Alvin Patrimonio and Jerry Codinera also played for the South All-Stars.

Paras said his move was what the All-Star Game is all about, entertaining the fans.

Paras said he is in favor of the legends once again playing in the All-Star Game, as well as bringing the annual event in the provinces.

“Mas masaya at mas maganda nga na ginagawa ito sa provinces para to give chance to the people who cannot come to Manila to watch the game. This is their chance,” said Paras.