SAN Miguel and Purefoods both went through the wringer before clinching berths in the semifinals of the PBA 3x3 Third Conference grand finals on Sunday.

The Beermen leaned on the game-winning deuce of Wendell Comboy to oust Platinum Karaoke in a low-scoring quarterfinal that went into overtime, 10-8, while the Titans rallied back behind Joseph Eriobu and Jed Mendoza in overcoming Limitless App also in overtime, 18-16.

Mendoza won it for the Titans in the extra period with a corner deuce, while Eriobou sent the game into overtime with a long two for a 16-16 count.

Mendoza and Eriobu combined for all but two of the Titans’ total output on their way to the semifinals opposite Sista Super Sealers, who stunned second seeded Meralco, 18-12.

Comboy meanwhile, had a team-high seven points in leading the Beermen to the next round against top seed TNT Tropang Giga, a 21-14 winner over Barangay Ginebra in the first quarterfinals match played at Robinsons Place Manila. 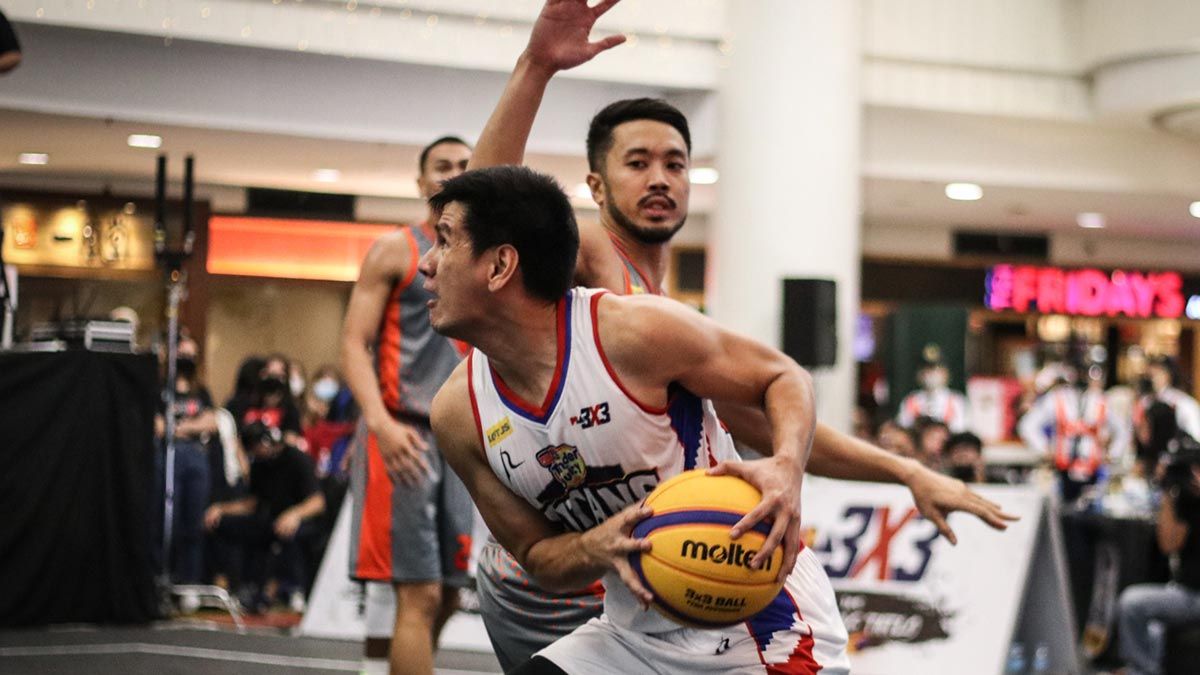 Jed Mendoza and the Titans march on.

The Beermen played without two mainstays in Ken Bono and Jeff Manday.

The fourth seeded Bolts failed to advance to the semis, with Joseph Sedurifa and Tonino Gonzaga also failing to suit up for the team.