BEAU Belga is cherishing his present at Rain or Shine, but is bracing for an uncertain future with the franchise in the wake of the surprise departures that have hit the squad.

One of only three remnants of the Elasto Painters’ 2012 squad that won the franchise’s first title in the Governors’ Cup along with Gabe Norwood and Ronnie Matias, Belga regretted the departure of Jeff Chan, but accepted that realities of the business.

"I’ve been with Jeff for six, seven years. Ganun talaga.”

Chan’s trade to Phoenix for Mark Borboran and a second-round pick marked the third time a longtime ROS player got shipped out in the post-Yeng Guiao era after Paul Lee and JR Quinahan as coach Caloy Garcia has continued the transition to the new breed of E-Painters. 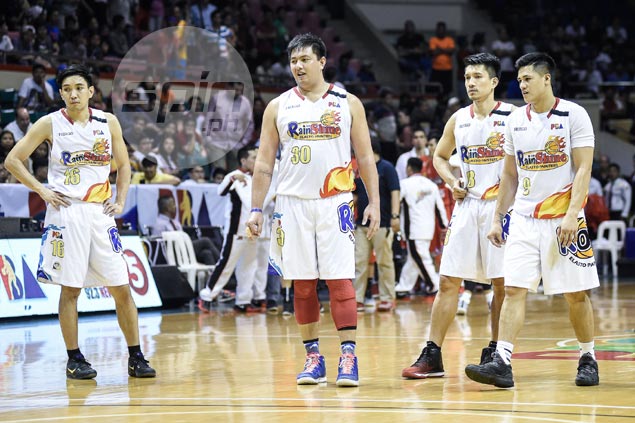 That’s why Belga commiserated with Guiao, who turned sentimental seeing his former wards leave one by one.

Asked if he’d rather stay with the franchise until he retires if had his way, Belga, who has been with the team since 2011, left his door open for any eventuality.