Nicholson, Bay Area Dragons too much to handle for Rain or Shine

BAY AREA progressed to the semifinals in a dominating manner, beating Rain or Shine, 126-96, on Friday in the 2022-23 PBA Commissioner’s Cup at the Philsports Arena.

Andrew Nicholson scored 32 points in his first game back as Bay Area import, lifting his top-seeded and twice-to-beat team to a spot in the semifinals where they will face either San Miguel or Converge.

But Hayden Blankley was the story in the second half as he also carried the Dragons with 47 points to help widen the gap over the eight-ranked Elasto Painters, who needed a playoff win over NLEX to book a ticket to the playoffs. 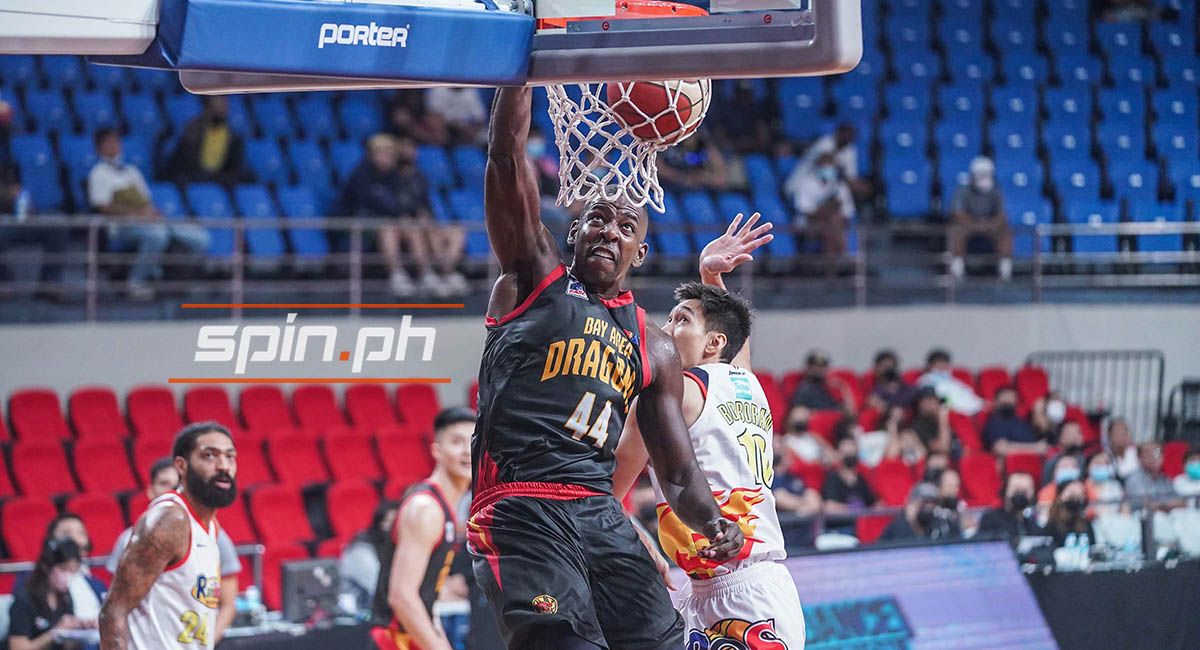 The Dragons hardly slowed down after replacing high-scoring guard Myles Powell, who suffered an injury in practice and wore an air cast in his right foot at the sidelines.

“Respect to Rain or Shine. We shot the hell out of the ball tonight. They were competitive and they’ve played us tough,” said Bay Area coach Brian Goorjian.

[READ: PBA put its own teams at a disadvantage vs Bay Area, says Guiao]

Blankley was on target all game long, hitting 17-of-21 from the field including 10 threes as the Dragons opened leads as many as 34 points.

Nicholson set the tone early, scoring on a couple of dunks as Bay Area took a 60-44 lead at the half. This was after Rain or Shine cut the gap to nine, 49-40, only for Bay Area to close the first half with an 11-4 blast.

“We are just so excited that we are in the top four in the PBA,” Goorjian said.

Rey Nambatac scored 19 points while Ryan Pearson added 15 points as the Elasto Painters closed their campaign with a quarterfinal defeat in Yeng Guiao’s return as head coach of the ballclub.