COLUMN: Who's winning the chess game between Chot and Leo?

CHICAGO - This is how excellent Chot Reyes is as a motivator.

He can coax a vegetarian to eat meat. He can lure a recluse to a party. And he can make an atheist read the Bible.

And that's just on Sundays.

The rest of the week, Reyes is a brilliant coach, who left for a TV executive job and came back this conference to reclaim his spot at the top.

Chot's innovation, command of his roster, and ability to navigate in-game adjustments enabled TNT to toy with San Miguel in the first three games of their series.

Leo Austria, meanwhile, is no punching bag, He is an 8-time champion coach and a three-time Coach of the Year. He's also had tremendous success in both the PBL and the ABL. 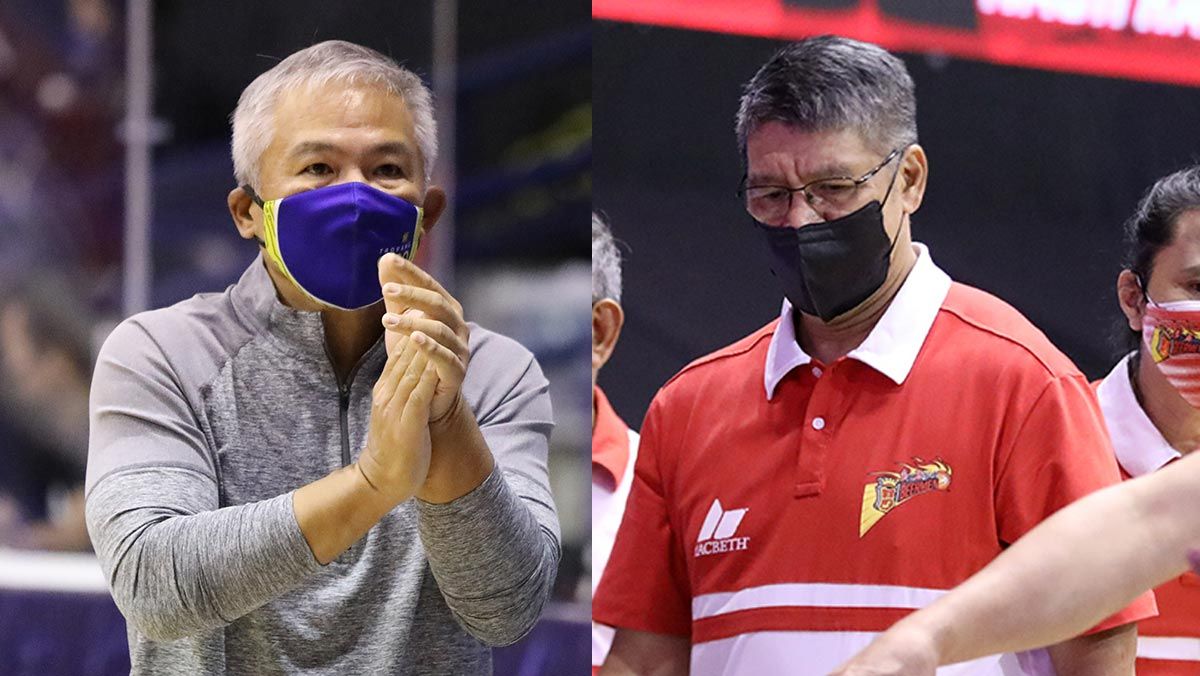 So why was Austira so egregiously out-coached by Reyes in the first three games?

Because San Miguel had more questions than answers, more deficits than strategies up to that point.

Why did Leo over-utilize June Mar Fajardo, who clearly is not the same player after coming back from a horrific injury?

A SIMPLE CASE OF SPILLED BEER.

CJ Perez, the most prolific scorer in last year's bubble, struggled to score.

And the deepest, most talented team in the PBA looked lost.

Because Austria lacked the creativity and imagination to tinker with his line-up in a way that would open the floor and allow the offense to spread the ball and wean itself from its over-reliance on Fajardo.

Finally, mercifully, Austria had an awakening in Game 4. Or did the magnificent Chris Ross woke up the entire coaching staff?

The right strings were pulled and the results were titanic.

Fajardo played a reduced 24 minutes and 11 seconds and put together 13 points and 12 rebounds.

And there lies the genius of the move.

The extended playing time given to Mo Tautuaa yielded 25 points and 9 rebounds. More nimble and more aggressive than the still recovering Fajardo, Mo's intensity gave TNT an early 26-14 nosebleed it couldn't recover from.

Austria also did what he should have done when the series started, which is unleash Terrence Romeo, CJ Perez and Lassiter in a free-wheeling, move-the-ball-around attack where the trio punished Tropang Giga for a combined 39 points.

ALL OF A SUDDEN, THE BEERMEN AREN'T SO TEPIDLY PREDICTABLE, WHICH WAS CRAZY ANNOYING GIVEN THAT THEY HAVE A BENCH FULL OF STUDS WHO CAN START ELSEWHERE.

I understand why Austria tried to force-feed the offense on Fajardo. The Cebuano big has been so unstoppable for so long.

But he has to understand that June Mar is not dominant in this series, which is why TNT is no longer double-teaming him, which explains the lack of open Beermen in the perimeter.

Until he fully recovers from the compound fracture and shed the rust that has gathered from the long inactivity, Fajardo is more like a Roy Hibbert for now. Great but not Shaq.

If Austria embraces that new reality, sticks with his Game 4 game plan, and tightens the defensive screws even more, it's over for TNT.

Don't forget, Chot Reyes is on the other sideline. He will make the adjustments.