RAUL Soyud can't seem to believe how his life has changed these days.

After spending a good part of the past decade struggling to break out, everything suddenly fell into place for Soyud: One impressive PBA season with NLEX led to a Most Improved Player nomination, a contract extension, and just recently a call-up to join the Gilas Pilipinas pool for the Fiba Asia Cup qualifiers.

Such blessings are almost unbelievable for the 30-year old big man from Bacolod, who had to overcome one road block after another in pursuit of his basketball dream. He came close to quitting altogether not a few times, he admits. Fortunately, Soyud stayed the course and is reaping the fruits of his labor.

His fascinating story is all the inspiration you need on this day.

The kid grew up in Bago City, Negros Occidental playing with his cousins and uncles in a makeshift basketball court under a row of coconut trees near their home. That led him to an inter-barangay tournament where he was spotted by coaches of West Negros University, not exactly for his skills but for his height. 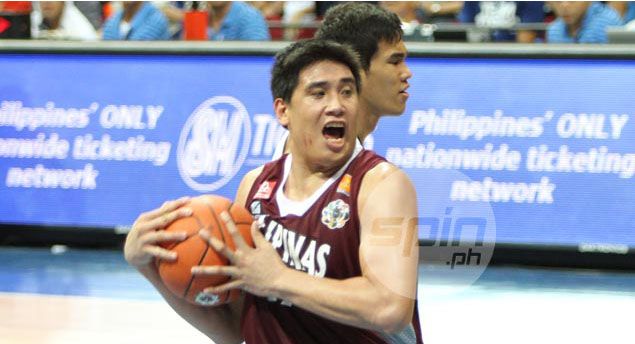 But after a week of intense training with the varsity team, Soyud gave up and decided to quit and go home altogether.

When asked what made him quit, Soyud said he was not used to the training regimen required of varsity players. All along, he said that playing for the school team only required him to play and nothing else. 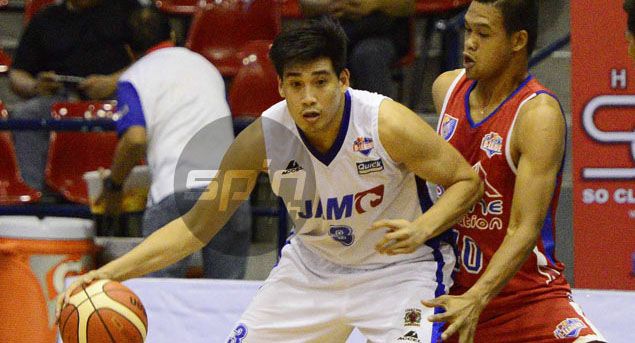 Fortunately for Soyud, his coach saw enough potential to fetch him in Bago City and convince Soyud to come back to WNU so that he could also study for free. His parents agreed that it would be better for Soyud to return to school.

Life was so tough for the Soyud family back then that he didn’t have enough money to buy a pair of basketball shoes. When he agreed to return to WNU, Soyud realized that the athletic scholarship would help his family financially - and give him a chance to give them a better life in the future.

That convinced him to return to school. 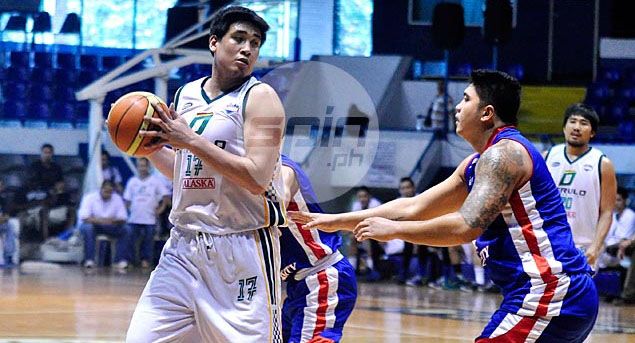 All the hours of training at West Negros U led to a golden opportunity as University of the Philippines recruited him sometime in 2010. However, he suffered an ACL injury in practice while he was undergoing residency.

Again, a dispirited Soyud felt basketball was perhaps not for him.

Soyud played two seasons with the Fighting Maroons, enough for him to get another break when Blackwater picked him in the PBA D-League. The same ballclub drafted him in 2014 where he was selected in the third round. But Soyud immediately got a reality check on draft day when he was left unsigned by the Elite.

The 6-6 big man toiled through tryouts at NLEX, Meralco, and GlobalPort. Eventually, the Road Warriors, coached at the time by fellow Negrense Boyet Fernandez, called him up and invited him to join the team, but only as a reserve. 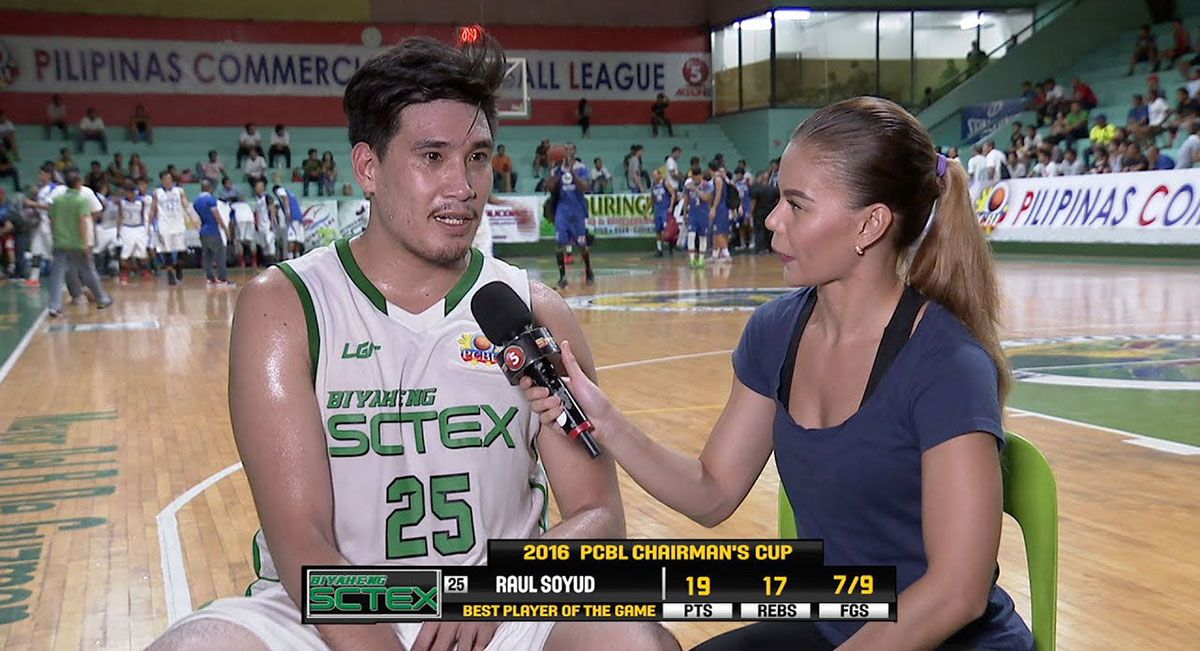 At NLEX, Soyud was either a third-stringer, a reserve, or a practice player. There was even a point where Soyud was already being groomed to play for NLEX, not for the Road Warriors but for its corporate team, in the inter-company tournament MVP Olympics of the Manny V. Pangilinan group.

A coaching change at NLEX turned out to be the chance Soyud was waiting for in his PBA career when Yeng Guiao took over in 2016.

Guiao gave the gangling big man a break — not because he was impressed with Soyud but only because he didn't have a lot of options. 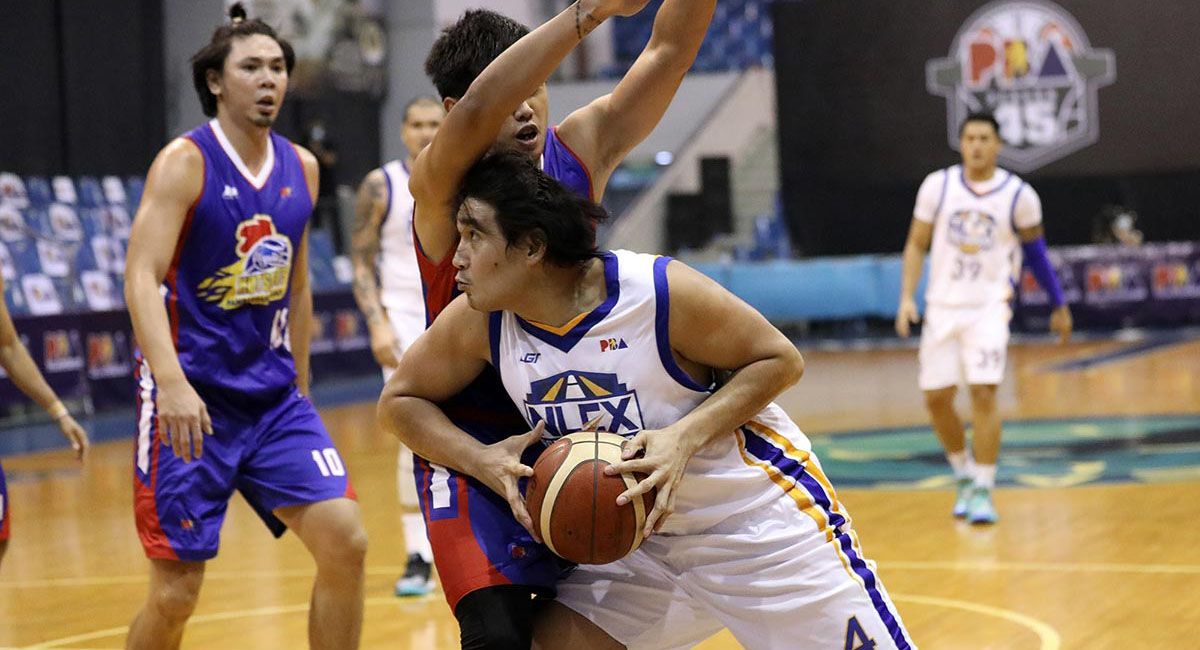 Still, Guiao's arrival represented a glimmer of hope for the humble big man.

In typical Guiao style, the NLEX coach was tough on Soyud, not hesitating to curse him out during practice and games. Soyud admitted he got affected by Guiao’s outspoken ways, but also realized that the coach was only after his improvement. 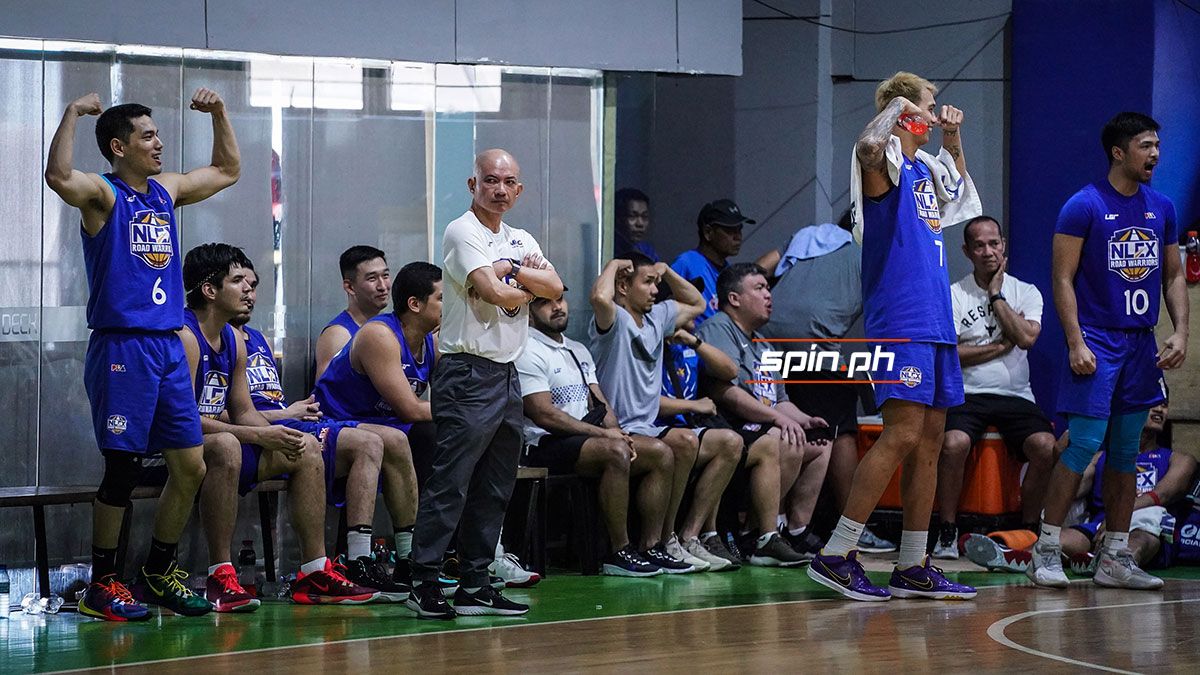 Soyud got his long-awaited break in the PBA's pandemic season, after the Road Warriors were left scraping the bottom of the barrel after grudgingly trading starting slotman Poy Erram to sister team TnT Tropang Giga.

Of all the NLEX big men, it was Soyud who made the most of the opportunity. He averaged 10 points and 6.8 rebounds while playing all 11 games with the Road Warriors during the Philippine Cup bubble campaign.

Soyud said he made a deliberate effort to prepare for the bubble season after the Erram trade. He primarily worked on his strength being an undersized big man at 6-foot-6.

After a solid 2020 outing, Soyud reaped the fruits of his labor. NLEX signed him to an extension. It was also during the contract signing when he learned that Gilas program director Tab Baldwin wanted to invite him to take part in the national team’s training bubble in Calamba, Laguna for the Fiba Asia qualifiers.

Soyud said he is forever grateful to NLEX for never giving up on him.

Amid all the blessings, Soyud said he won't change. He'll continue to play with a chip on his shoulder. He doesn't even hold high hopes about the Gilas bubble, but, in typical Soyud fashion, vowed to contribute in any way he can.