Baser Amer welcomes with open arms the arrival of former college adversary Raymond Almazan at Meralco, who according to him, is slowly addressing what has been lacking with the Bolts in the past.

Amer and Almazan, who battled each other in so many memorable NCAA wars during their time with San Beda and Letran, respectively, played beautiful basketball together on Friday when they help the Bolts put away the Alaska Aces, 101-75, in the PBA Governors Cup at the Mall of Asia Arena. 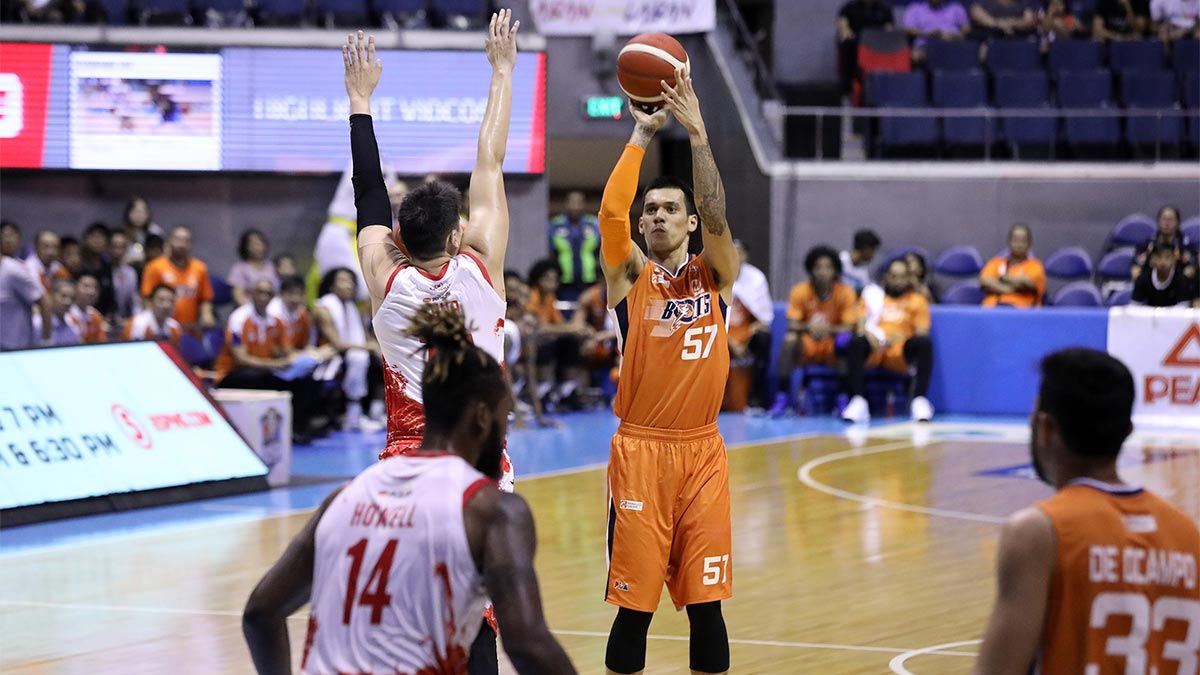 Amer sparked the Bolts’ third quarter breakaway by scoring 14 of his game-high 27 points, which he spiked by going 6-of-8 from three-point range.

Almazan then sustained the effort by shooting nine of his 15 points in the final quarter as Meralco improved its record to 2-1.

The 6-foot-8 Almazan also added nine rebounds and three assists in an all-around game that didn’t escape the attention of Amer.

Meralco coach Norman Black also had some nice words for his gangling center.

“Raymond Almazan also played solid basketball again for us. I’m not sure exactly what his numbers were but I’m sure he had a lot of rebounds and he was in double figures,” he said.

Outside of Amer and Almazan, import Allen Durham’s stats line couldn’t be overlooked.

The two-time Best Import was an assist shy of completing a triple-double after posting 25 points, 15 rebounds, and nine assists.

“I think AD (Allen Durham) did well today. He rebounded the ball well. He didn’t rebound that well in the first half, but he did a much better job in the second half,” said Black of Meralco’s resident import.