BARKLEY Eboña played his best game as a rookie at the expense of his former college coach as Alaska routed Blackwater, 120-82, on Tuesday in the PBA Philippine Cup at the Angeles University Foundation Sports Arena and Cultural Center.

The well-built rookie out of Far Eastern University contributed 24 points in a surprise start for the Aces. He delivered from the get-go, making all of his seven points during a 24-8 start that set the tone for the one-sided game.

Eboña’s outstanding performance unfolded before the very eyes of Blackwater coach Nash Racela, one of his mentors when he played for the Tamaraws in college.

“We are happy with the growth of Barkley,” said Alaska coach Jeff Cariaso, who picked the 6-4 bruiser at No. 4 in the regular PBA draft. “To be honest, we have a plan for him. He is still learning and improving. What I love is his fight.” 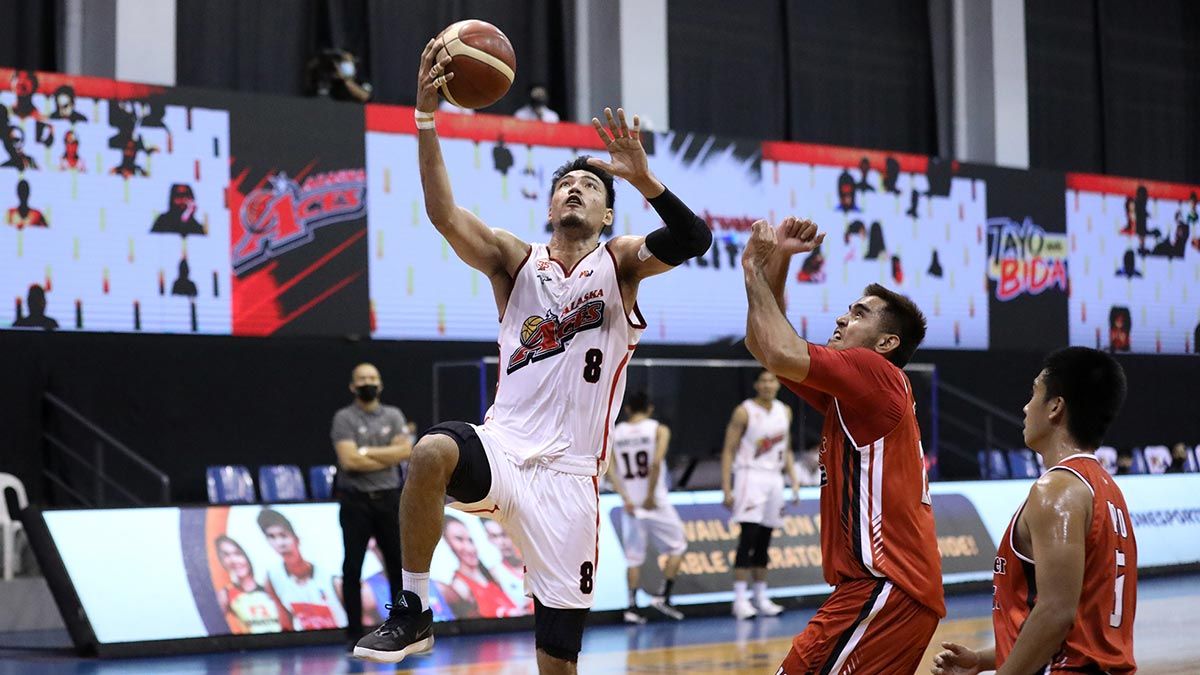 The Aces started by scoring the game's first nine straight points and never looked back, opening leads as big as 41 points on the way to their second straight win after two opening losses.

The forgettable performance dropped the Elite to 2-2. The 38-point margin also equalled Blackwater’s worst defeat that came in last year’s Philippine Cup at the hands of TNT, 127-89, and in a 123-85 drubbing from Rain or Shine in the 2015 Governors’ Cup, according to PBA statistics chief Fidel Mangonon III.

Robbie Herndon added 21 points on a team-best 5-of-7 shooting from three-point land while Vic Manuel added 16 points and nine rebounds for Alaska. Abu Tratter, Mike DiGregorio, and Jeron Teng joined the fray with 14, 12, and 11, respectively.

Ed Daquioag scored 18 points and Mike Tolomia added 10 for the Elite, but the two were the only double-digit scorers for a team that once again missed top rookie pick Maurice Shaw.