IS Mark Caguioa ready to take on a coaching job once his playing career is over?

Frankly speaking, the veteran Barangay Ginebra stalwart admitted he doesn’t have one of the top characteristics a coach should have — patience.

“Kasi lalo na ako, I get so mad easily when things aren’t going right,” he disclosed when asked if he sees himself becoming a coach someday.

“Like I said, I’m not there yet. I’m not thinking about it, and just enjoying every minute (of playing).” 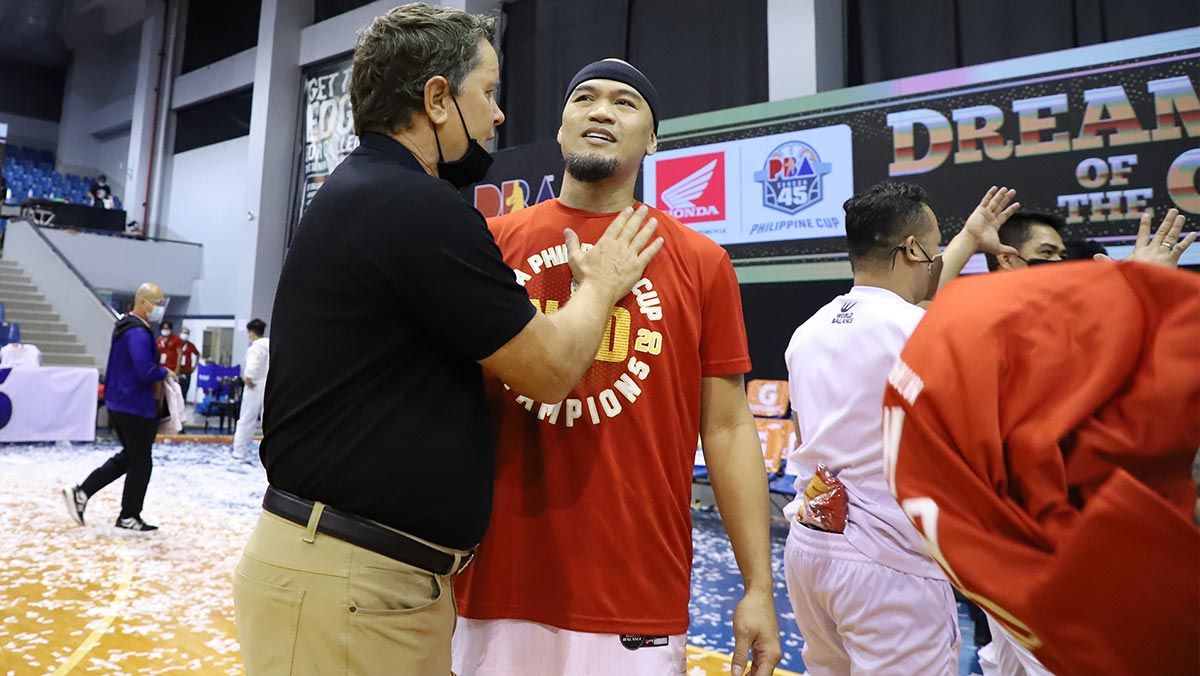 But from time to time, the 41-year-old guard would fire questions at deputy coach Olsen Racela about coaching especially during their time together inside the PBA bubble where the Kings reigned as Philippine Cup champions.

There were even instances during the course of the campaign when Caguioa would go over and sit beside Racela at the Ginebra bench to gain inputs about the game.

Racela, of course, has had extensive experience coaching in the PBA with Petron (San Miguel) before, and is currently the head mentor of Far Eastern University. He also once handled the Philippine Youth team.

As expected, Racela said patience is one virtue a head coach should possess, according to Caguioa.

“Sabi niya rin that being a coach is one of having patience dahil di ka puwedeng magalit,” he said.

There were rumors that Ginebra is more than willing to offer Caguioa a place in the team’s coaching staff if and when he finally decides to walk away from playing.

But perhaps coaching will still have to wait as Caguioa is planning to play his 20th season with the franchise by next year.