TWO Barangay Ginebra fans accused of throwing a mineral water bottle into the Astrodome floor said they were angry at Rain or Shine enforcer Beau Belga for his 'rough play' and the referees for 'glaring miscalls.'

However, they denied the act that got them ejected from the Pasay City arena.

Eugen Salom and John Paul Diola, the two fans escorted out of the stands by Astrodome security men for allegedly throwing a water bottle in the direction of Belga, rued the Rain or Shine player's 'rough play' against Gin Kings star Mark Caguioa midway through the fourth quarter.

“Dirty fight kasi yung ginagawa ni Belga eh,” Salom told Spin.ph inside the administration office of the venue where they were brought for questioning.

With the Kings up, 77-71, with five minutes and 26 seconds left, Belga and Caguioa got entangled in front of a referee, who waited for a while before separating the two players.

But the Pasay native insisted he didn’t throw the bottle, explaining that he was with his six-year-old kid. 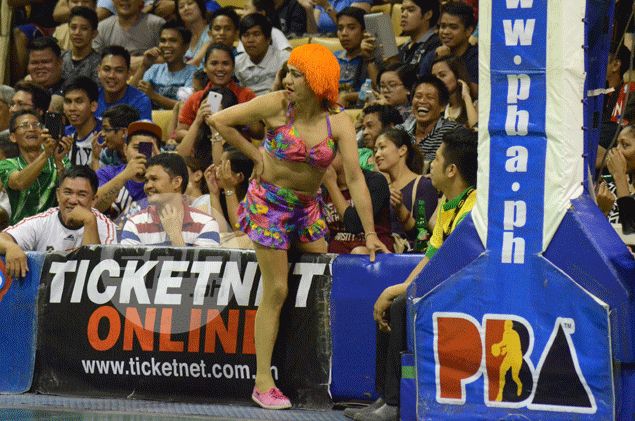 Salom said suffering the humiliation of being escorted out of the stands infront of national television.