Ginebra breaks away late vs NorthPort, revives bid for twice-to-beat

BARANGAY Ginebra went on a fiery fourth-quarter run to turn back NorthPort, 122-105, on Sunday at the Philsports Arena and stay in contention for a twice-to-beat advantage in the PBA 47th Season Commissioner’s Cup.

Justin Brownlee and former NorthPort star Jamie Malonzo presided over a run-and-gun final quarter that enabled the Gin Kings to pull away for good and rebound from an overtime loss to NLEX just two nights earlier.

More importantly, the Gin Kings kept their twice-to-beat hopes alive as they moved up to 8-3 (win-loss) overall, tying idle Converge for third place just behind the Bay Area Dragons and Magnolia Hotshots.

Malonzo proved to be a thorn in the side of his former team, which moved down in a share of sixth with Phoenix Super LPG after ending the elims with a 6-6 mark.

Malonzo had 10 points in the fourth quarter including a couple of baskets that came in a 20-5 run that broke open a 96-96 game. That pullaway was capped by a Brownlee slam to the delight of the pro-Ginebra crowd.

Brownlee finished with 31 points, 13 rebounds, and nine assists, while Malonzo had 26 points and shot 3-of-8 from three-point land against NorthPort, which Ginebra coach Tim Cone said served as motivation for the high-flyer. 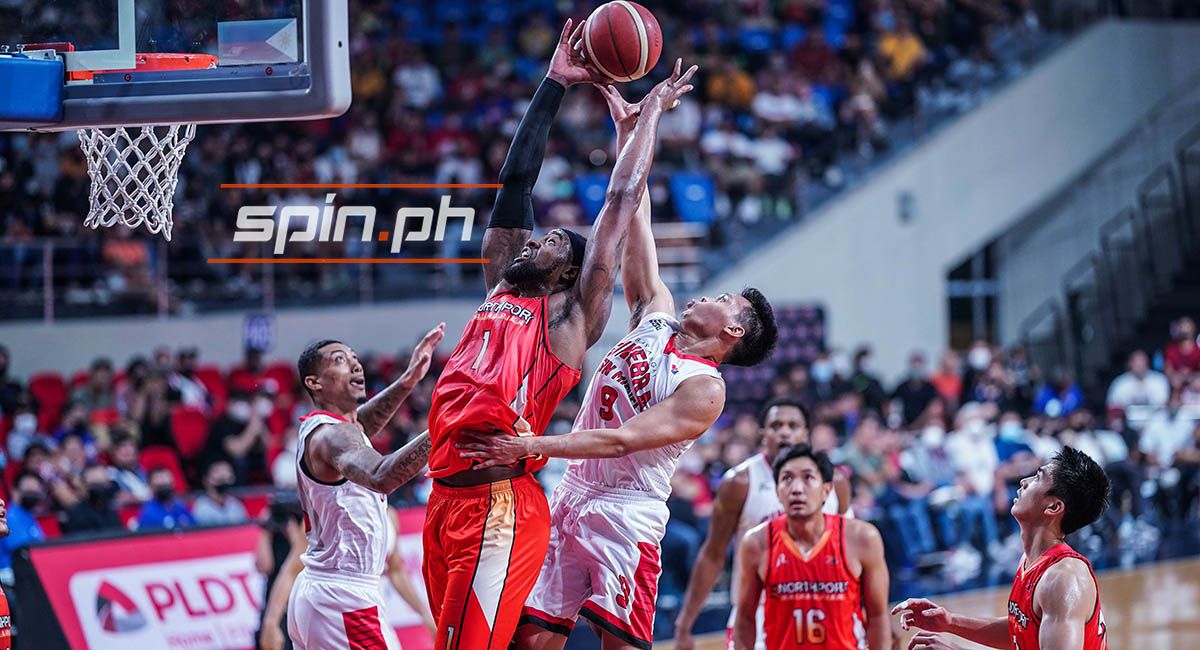 Arvin Tolentino also played well against his former team as he lit up with 24 points, while Prince Ibeh and Robert Bolick had 22 points apiece for NorthPort.