CHICAGO - At a time when the PBA is threatened by what its chairman, Ricky Vargas, refers to as poaching, the mere mention of a rival league induces feelings of envy, toxicity, and anger.

Which is why Calvin Abueva's remarks of "Japan. Japan. Bye PBA" as he left the MOA Arena following his ejection from Sunday night's game versus Ginebra immediately became a dumpster fire of controversy.

And that's just one in a series of verbal misdemeanors.

Moments later, Abueva courted the ire of his league again by saying in a since deleted Instagram story that he will quit the PBA if video evidence can prove that the second technical foul call against him wasn't wrong.

This is why fans love him because Calvin Abueva can still look like the best even when he is at his worst behavior. 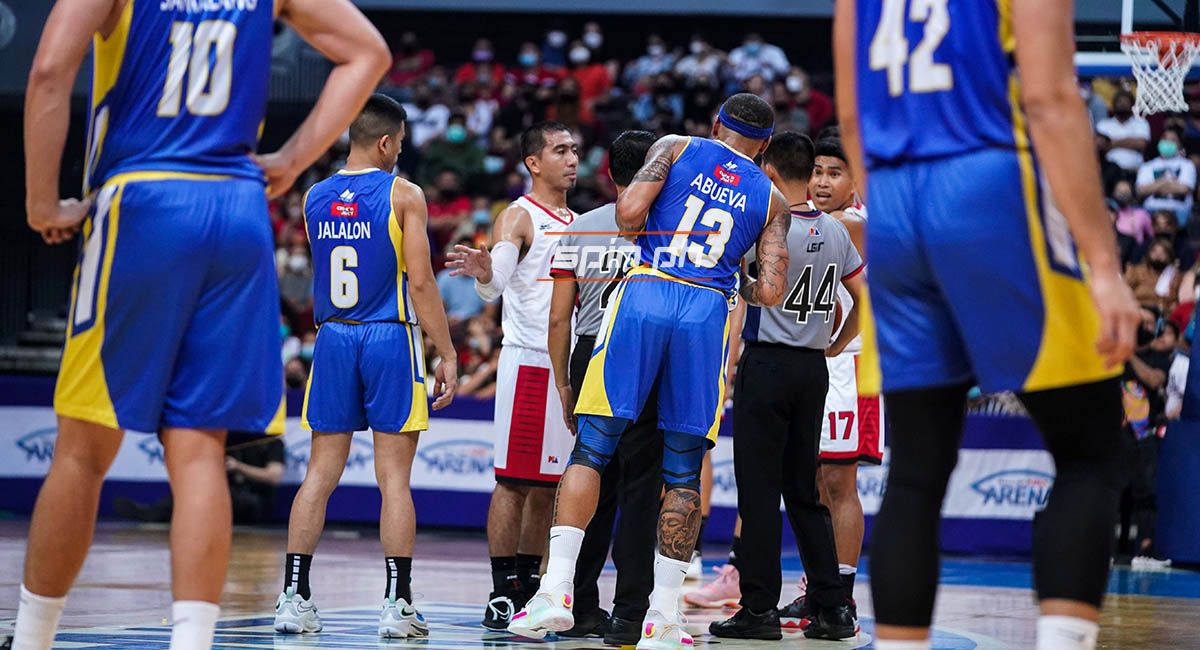 He is a lovable firebrand who can turn into an impish firestarter in a hot minute.

But this verbal diarrhea that he discharged makes me wonder what the hell is The Beast doing?

I tried calling him for answers but he didn't pick up.

I also reached out to Magnolia's management and a team official sent me this message.

"Sorry for now. Will try not to talk regarding Calvin muna po. Sana hindi masyado lumaki."

Well, it's the prerogative of news sources not to talk to the media. Always has been. Always will.

But silence isn't always bliss, it leaves you open for conjecture and wild conspiracy theories.

[WATCH: Abueva heads straight out of MOA after ejection]

By specifically mentioning Japan, did Calvin do so because he has an offer to play there?

And is daring to quit a calculated ploy to get out of his existing contract with Magnolia?

I guess we will have to keep on guessing.

Either way, clamming up is a bad look.

If Calvin was brave enough to flaunt disloyalty and reveal a desire to engage in a one-man mutiny, he should manifest the same courage to speak to a reporter's microphone to explain some of the hints he dropped.

THE BEST WAY TO PUT OUT A PR FIRE IS TO GET AHEAD OF IT, NOT RUN AWAY FROM IT.

After once being iced with a 16-month suspension, has Calvin forgotten the fury the PBA can unleash and how deeply it can hold a grudge?

What he did was conduct detrimental to the league and I'm interested to know how the PBA handles the penal side of this issue.

Remember, the former Phoenix forward is now under the SMC umbrella, under the care and tutelage of arguably the most powerful and influential man in the PBA - SMC director Alfranchis Chua.

Will the Commissioner's Office have the wherewithal to adequately punish an All-Star from the SMC bloc, or does it only reserve its most punitive rage to those who toil for independent teams?

Calvin Abueva has spoken. He said goodbye while attempting to malign your league's officiating.

It's your turn, Kume Marcial.