Chito Victolero the local coach who impresses Baldwin the most

CHITO Victolero is not in the league of veteran coaches Tim Cone, Yeng Guiao, or Chot Reyes. Not yet.

But from afar, a veteran international coach who once handled the Gilas Pilipinas squad become an instant believer of the way Victolero has been running his system at Magnolia.

Tab Baldwin, now the project director of the national men’s team, mentioned the 45-year-old former PBA player turned coach as the one local coache that interests him in terms of style.

The reply came as bit of a surprise especially since Baldwin, a fierce competitor on the sidelines, was expected to mention the likes of Cone, Guiao, or Reyes, who were among the coaches who have won multiple championships in the local pro league and were once national coach like Baldwin, a decorated coach who was a five-time champion in the New Zealand National Basketball League (NBL).

But that doesn’t mean Victolero isn’t deserving of the distinction.

It was under Victolero that the rebuilding process at Magnolia began following the successful Cone era that saw the franchise complete a rare grand slam in 2014.

In only his second year with the Purefoods franchise, the former Mapua Cardinal steered the Hotshots to their first title since the grand slam season in the 2018 Governors Cup. He was later named Coach of the Year by the PBA Press Corps.

He also led the Hotshots to successive Philippine Cup finals appearances in 2018 and 2019 respectively, and actually came close to dethroning five-time champion San Miguel, which Magnolia stretched to a seven-game series two years ago.

Prior to accepting the head coaching job at the SMC-owned ballclub, Victolero served as one of the deputies of former KIA coach Manny Pacquiao, who the boxing great credited as the major reason for the team’s rousing performance during its inaugural season in the league in 2014-15.

It was around that time Baldwin was just getting his feet wet as the man on top of the Gilas Pilipinas team. 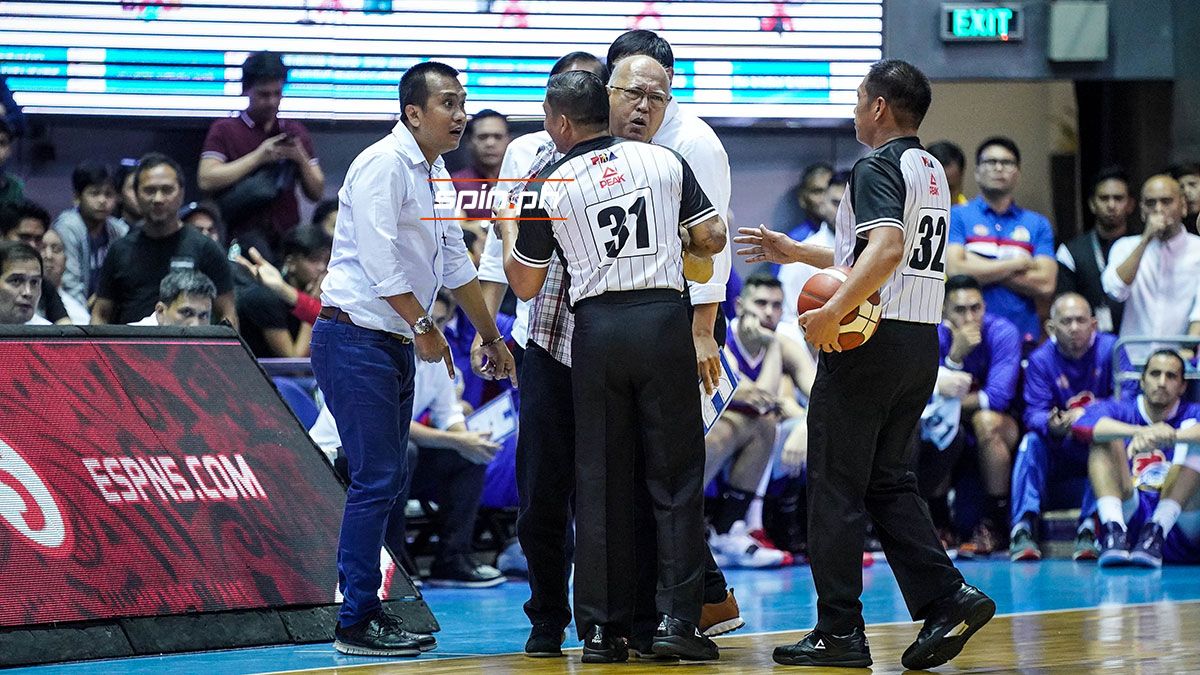 Perhaps, the veteran coach noticed the work Victolero has done with KIA and later on, with Magnolia.

“He’s just the guy I’ve seen a bit of and I’m intrigued with the way he coaches his team,” stressed Baldwin, who now works his magic with three-time reigning UAAP men's basketball champion Ateneo.

“I think there’s a lot to learn from Chito.”