ANTIPOLO – San Miguel coach Leo Austria said a decision on whether they will stay with Orlando Johnson or replace him with Shabazz Muhammad will come in the coming days.

Austria said the Beermen, for now, still has Johnson as their import even as Muhammad has already arrived in the country and even practiced with the team on Tuesday.

“We are not talking about his game tonight whether he will play the next game or not,” said Austria after San Miguel’s 104-99 win over Phoenix on Wednesday. “Give us some time because it’s a team decision if ever something happened na changes sa line-up namin.”

The move of San Miguel to bring in the 29-year-old Muhammad surprised many more so since Johnson was coming off a solid 31-point night against former team Barangay Ginebra on Sunday. The former NBA player also had 23 points for the Beermen against the Fuel Masters on Wednesday in what could be his farewell game.

Austria explained the decision to bring Muhammad, saying that the Beermen were informed about his availability and the prospect of bringing a player of his caliber was hard to pass.

“You cannot pass up an opportunity like this,” said Austria of Muhammad, who previously played in the G League and in China but is best known for his five years in the NBA with the Minnesota Timberwolves from 2013 to 2018.

Austria said the presence of Muhammad, who previously was Meralco’s supposed import for the conference, will bring an added option to San Miguel since the pandemic has made searching for a replacement import difficult due to the travel restrictions.

“It’s a good thing na this is the first time na we have an import under the pandemic. You can never know what will happen. Sometimes, your other import, magiging positive [of the virus], who will be your replacement? This is our luxury today.” 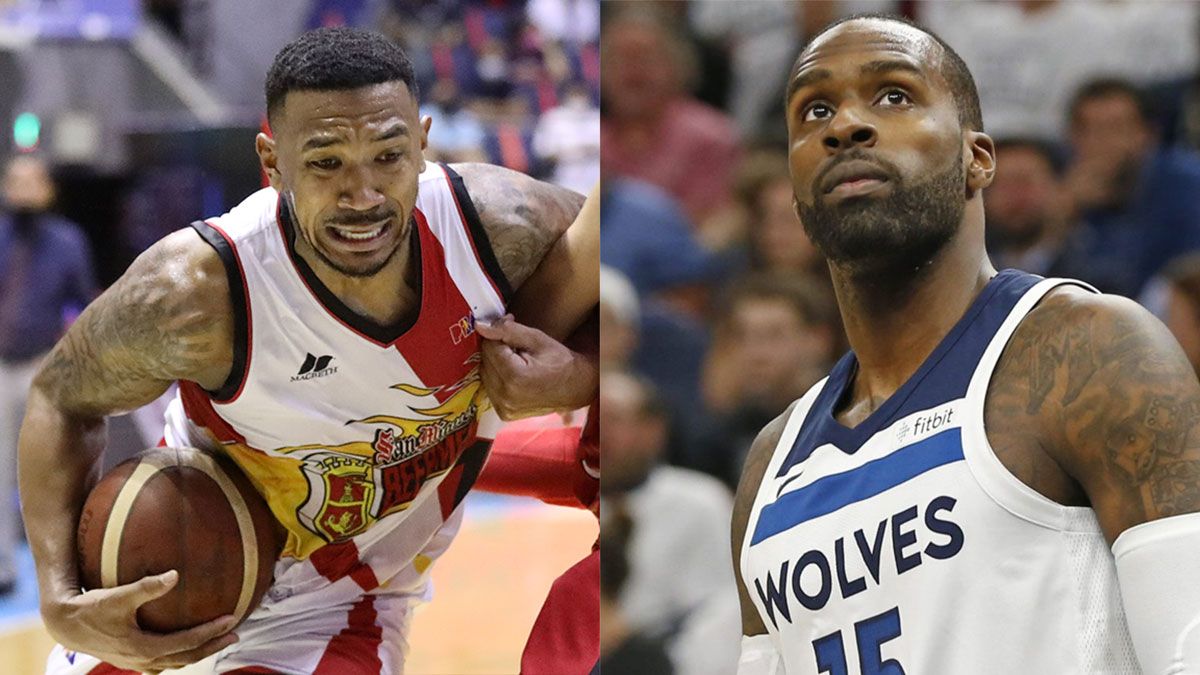 Austria said he is not concerned about the prospect of replacing an import for the second time late in the eliminations as long as it will help improve the team. San Miguel already had Brandon Brown in the early months of the Governors’ Cup before going with Johnson starting the resumption of the conference.

“First, ang tinitignan namin is how to improve. Going to the playoffs, it’s a different matter. If you are in the top four, you have the luxury of twice-to-beat. If you are in the bottom, twice-to-beat ‘yung kalaban mo. Every player na magiging available that could beef up the team, whether magamit ‘yan o hindi, as long as meron kang back-up just in case something happened, you’ll never know,” said Austria.

The SMB coach lauded the professionalism of Johnson amidst the uncertainty.

“Wala akong masabi. I like OJ. I think of all the imports [na na-handle ko], attitude-wise, very coachable. All the players love him kasi madali siyang pakisamahan,” said Austria.