Austria explains why he chose misfiring Lassiter over Romeo, Pessumal late in Game 1

SAN Miguel coach Leo Austria has had lots of success with Marcio Lassiter over the years that he's willing to ride with his elite marksmen any given day.

And he won't quit on the Fil-Am sniper now.

The three-time Coach of the Year came under fire following the Beermen's 99-94 defeat to Magnolia Hotshots in Game One of the 2019 PBA Philippine Cup Finals when he stuck with his guns and kept the misfiring Lassiter on the floor during crunch time.

Lassiter was held scoreless in the series opener, missing all eight of his attempts including five from beyond the three-point arc. 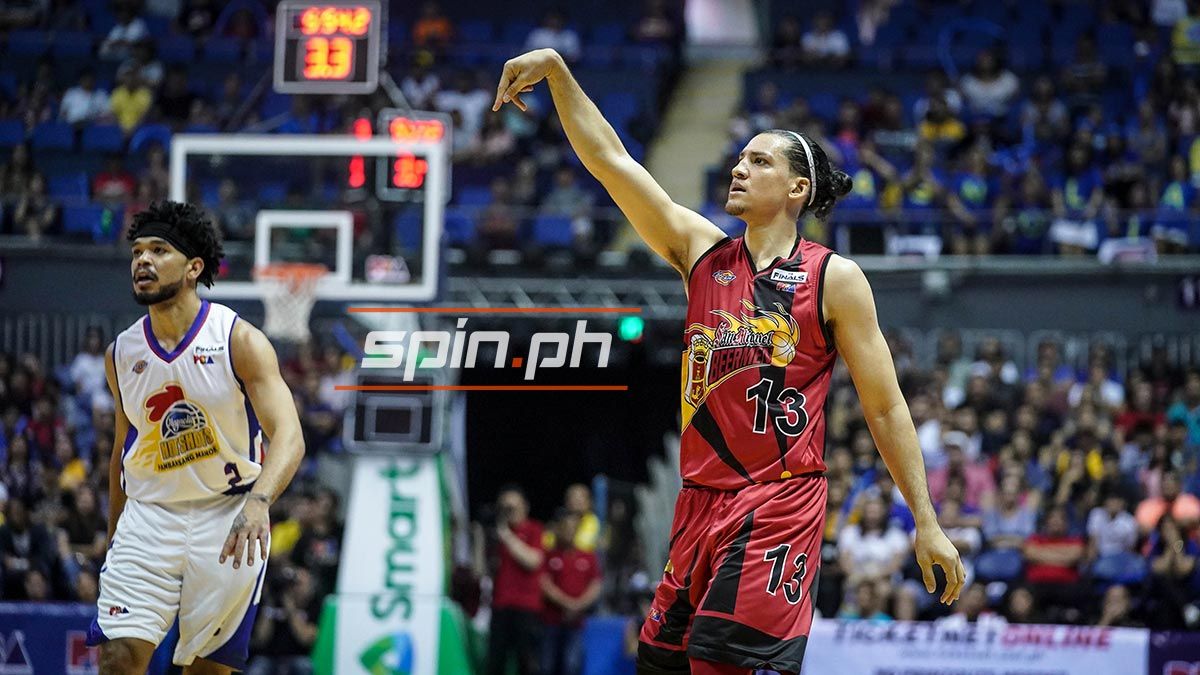 The San Miguel gunner was on the floor in the final 17 seconds and had the chance to tie the game at 97-all on a corner from the deep left corner. His shot was so off line it hit the side of the board.

Pundits felt that other players should have gotten the nod, particularly Von Pessumal, who was shooting a perfect 3-of-3 clip from distance in the game, or Terrence Romeo, who came in for Lassiter with 17 seconds left to play but San Miguel already staring at a five-point deficit.

But Austria was quick to defend his decision.

"I'm trying to let him play because we want him to get his rhythm," he said on Wednesday.

Lassiter is still recovering from a back injury that saw his numbers dip in the last three games of the Beermen against Phoenix Pulse in the semis. He has yet to get his bearings back.

With Lassiter firing blanks, the usually potent San Miguel three-point shooting went haywire in Game One. The Beermen only went 9-of-36 from deep, good for 25-percent.

Pessumal was the only one who shot well for the Beermen. The team's other gunners like Romeo (1-of-4), Alex Cabagnot (1-of-4), Chris Ross (1-of-9), and Arwind Santos (3-of-9) have all struggled to find their mark from the outside.

That wasn't lost on Austria.

"The problem is our outside shooting. Hindi siya nag-click outside of the first minutes of the first quarter where Arwind made a lot of shots. But those players na we were expecting, medyo off night eh," he said.

Austria, however, is optimistic that the San Miguel snipers, especially Lassiter, will find their rhythm in time for Game Two on Friday.

"I'm sure that (Lassiter) will get back. Sana in our next game, we will be able to identify where to attack their weak point," the amiable bench tactician said. "I think next game, it will be a different ball game."