Aussie players who played as imports in the PBA

by randolph b. leongson
4 days ago

KAI Sotto is breaking new grounds in Australia as he is set to play for the National Basketball League (NBL).

It's a new frontier for the 7-foot-3 center, inking a multi-year deal with the Adelaide 36ers as he becomes the first Filipino to play there.

But the same can't be said the other way around.

Years before Sotto was even born, five Aussies have already seen action in the country and played as reinforcements in the PBA.

Here's a bit of a twist to start this list.

Green technically wasn't an Australian yet when he played for Crispa in the 1981 Reinforced Conference.

The 6-foot-2 guard was still an American when he helped the Redmanizers hoist the trophy as he teamed up with legends like Atoy Co, Philip Cezar, Abet Guidaben, Bernie Fabiosa, Freddie Hubalde, Padim Israel, and Rudy Distrito.

After his PBA stint though, he became an instant star in Australia, playing his first three years with the West Adelaide Bearcats and in 1984, obtained his Aussie citizenship.

Green would play the next six seasons with the 36ers, before moving to the Newcastle Falcons until his retirement in 1993.

Two years removed from going undrafted in the vaunted 1984 NBA Draft (which featured some guy named Michael Jordan), Hays flew to the Philippines to play for Manila Beer in the 1986 Reinforced Conference.

Replacing George Turner for the Brewmasters, the 6-foot-4 American-Australian linked up with Co, Guidaben, and Yoyoy Villamin -- remnants of the old Crispa squad -- as well as Lim Eng Beng.

Hays only played six games as Manila Beer could not avert early elimination, only producing a 2-8 record to be booted from the competition.

He soon headed Down Under and played in the NBL, enjoying a solid career that saw him have stops with the San Jose Jammers, Adelaide 36ers, Illawarra Hawks, Newcastle Falcons, North Melbourne Giants, Canberra Cannons, and Maitland Mustangs. 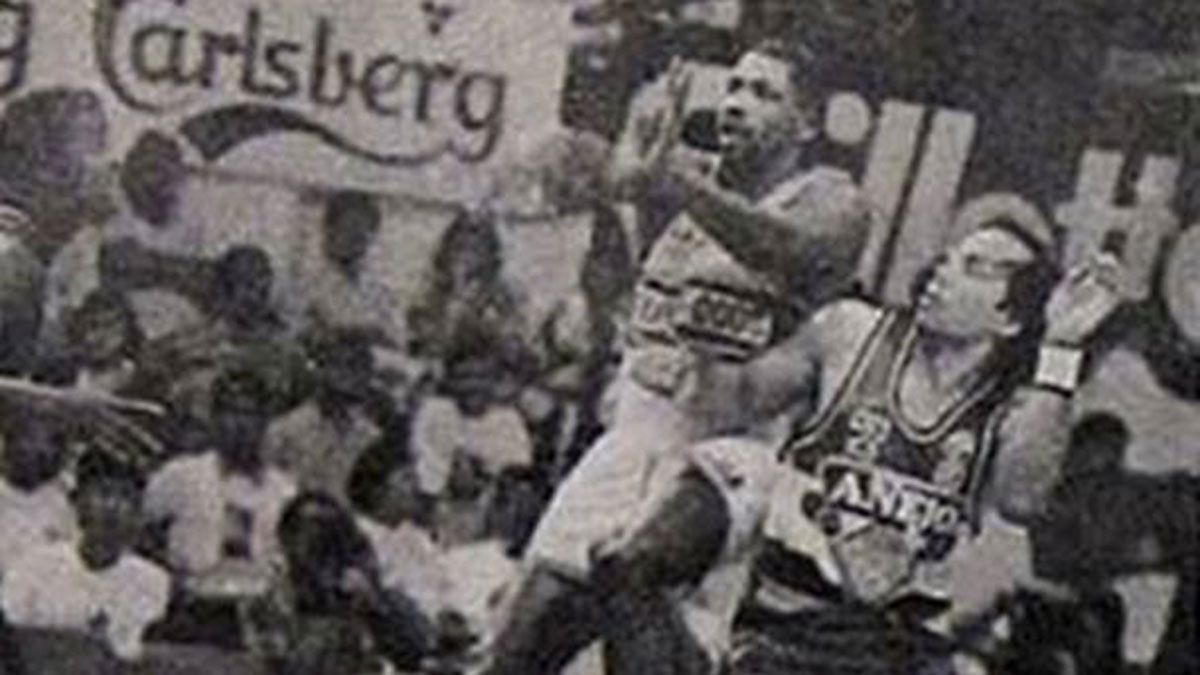 After playing just two games with the Los Angeles Clippers in the 1988-89 NBA season, Rose came to the Philippines and replaced Walker Russel for Purefoods in the 1990 Third Conference.

His arrival turned out to be a master stroke on the part of coach Baby Dalupan as his partnership with fellow reinforcement Darren Queenan as well as a bumper crop of locals led by Alvin Patrimonio, Jerry Codiñera, Nelson Asaytono, Jojo Lastimosa, Dindo Pumaren, and Al Solis allowed the Hotdogs to make a run to the semifinals.

The 6-foot-5 American-Australian was crucial in taking down Shell Rimula X for the finals berth playoff, before the rest of Purefoods fended off Alaska in a dramatic Game Five to claim the crown.

It wasn't until 1992 when Rose eventually played in the NBL, debuting for the South East Melbourne Magic, before having stints with the Adelaide 36ers, Canberra Cannons, and Townsville Crocodiles, until his retirement in 2007 as a part of Cairns Taipans.

There, he carved a cold-blooded reputation as one of the most clutch players and best lockdown defenders in NBL history.

Copeland, who played 23 games in his rookie year with the Philadelphia 76ers in the 1989-90 NBA season, suited up for Pepsi in the 1991 First Conference.

He teamed up with Guidaben, Manny Victorino, Willie Generalao with the Hotshots, but they could only muster a 4-7 record and failed to advance to the semifinals.

Copeland soon went back to the United States, playing in the Continental Basketball Association (CBA), before another callup from the Los Angeles Clippers.

He eventually joined the Melbourne Tigers the following year, before suiting up for the Brisbane Bullets and the Adelaide 36ers.

Timmons, without question, had the shortest stint of all the Aussies in this list.

The 6-foot-8 big man, who had previous NBL runs with the Illawarra Hawks and Melbourne Tigers, was a former import in the Philippine Basketball League (PBL) and was a late replacement for Pop Cola after coach Norman Black decided to part ways with Sherell Ford in the 1998 Commissioner's Cup semifinals, no less.

It was also a high-stakes gamble on the part of the 800s, especially with Timmons coming in for the all-important Game Three against San Miguel Beer.

Timmons did score 26 points in what would turn out to be his lone game in the PBA, but SMB got the better of Pop Cola, 92-79 and was swept in the best-of-five series. The 800s in the process were relegated for the third place playoff.

He, however, returned to Australia and did not make it back, forcing Pop Cola to deploy coach Norman Black as its import for the bronze medal game against Formula Shell.

For his part, Timmons continued to play in the NBL, having stints for the Perth Wildcats, Cairns Taipans, New Zealand Breakers, and finally, the Adelaide 36ers in 2007.