Like idols Pingris and Abueva, Ato Ular takes pride in being a role player

by Karlo Sacamos
4 days ago

WHEN he comes out of nowhere to grab a miss and score on a putback, Ato Ular proves he hardly needs the ball to make an impact in a game.

Asked by a fan on SPIN Zoom In which PBA icon he looks up to, the Blackwater rookie sensation had no hesitation mentioning "Pinoy Sakuragi" Marc Pingris.

Pingris made his name by doing the dirty work, becoming a three-time Defensive Player of the Year and an eight-time All-Defensive Team member on the way to winning nine PBA titles and being one of the PBA’s 40 Greatest Players.

The 27-year-old Ular likewise takes pride in the unglamorous aspects of the game as he has always been in the right place and at the right time to pick up offensive rebounds and score on tip-ins. 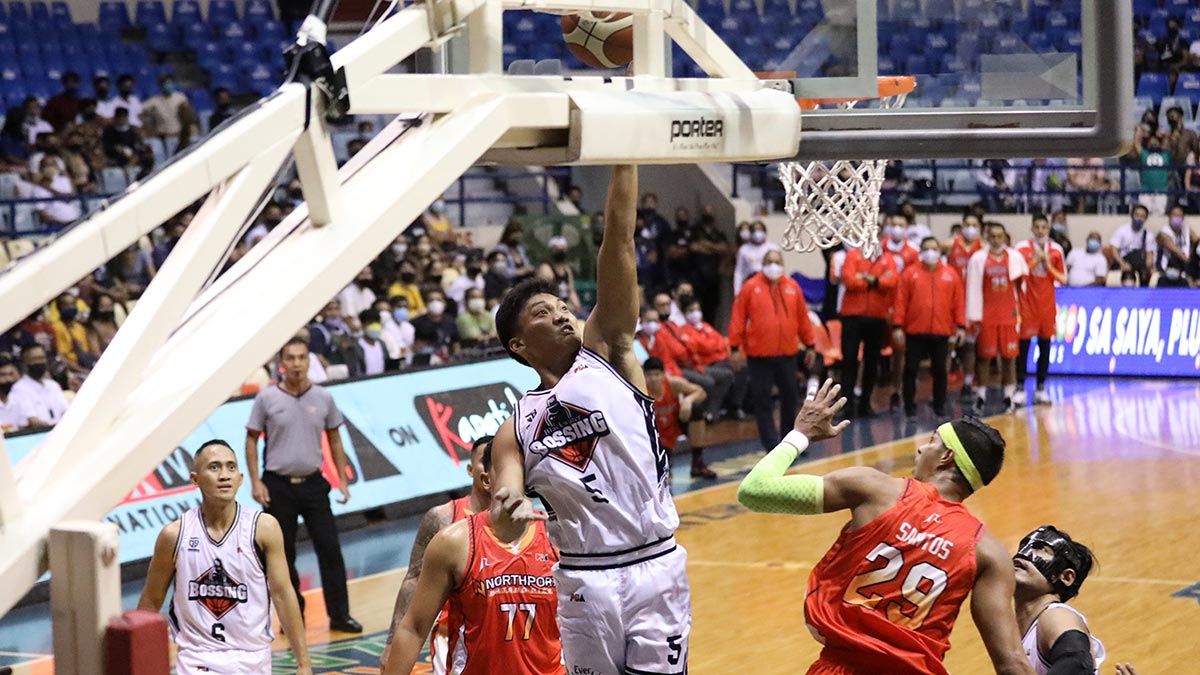 The lefty 6-foot-4 big man was sixth in the Philippine Cup in offensive rebounds at 3.09 a game and 10th in total rebounds with 8.4 game.

By simply scoring on those putbacks, the 13th overall pick in the 2022 PBA Draft emerged as the Bossing’s leading scorer with 14.2 points a game on 54-percent shooting in 27 minutes over 11 games to also become the unlikely leader in the Rookie of the Year race.

Like Pingris, Ular raises the banner for role players who he feels deserve more spotlight.

And living up to his role, Ular is even willing to lend a hand to his idol Pingris, who earlier challenged online influencer Rendon Labador to a 1-on-1 game after the latter’s comment about Gilas Pilipinas and coach Chot Reyes following the Fiba World Cup qualifying home game against Saudi Arabia.

Asked by another fan on SPIN Zoom In if he would take on Labador instead, Ular, without batting an eyelash, was game.