The suspension immediately takes effect in the Road Warriors’ game against Ginebra on Wednesday night.

Majority of the fine or P20,000, covers the flagrant foul penalty 2 Taulava committed for the slap on Semerad, while P10,000 was for joining the fracas instead of pacifying the protagonists.

The remaining P2,500 was for the technical foul he committed for second motion.

The decision caught the NLEX coaching staff flatfooted especially after the decision was handed down just 24 hours before the team’s game against the league’s most popular ballclub.

The 43-year-old Taulava already took part in NLEX’s practices on Sunday, Monday and Tuesday in anticipation of the big game against Ginebra before he was summoned to the PBA office Tuesday afternoon.

The end result had coach Boyet Fernandez revising all of the team’s plays as the burly Fil-Tongan will no longer be part of the team’s rotation in the 7 p.m. encounter at the Smart Araneta Coliseum.

Taulava stressed his action was solely to defend NLEX import Henry Walker, who Semerad forearmed while trying to fight off the screen set by Taulava during the third quarter action of the game which the Beermen won, 100-98, on the last-second three-pointer by Marcio Lassiter.

Curiously, Taulava's suspension was announced on the PBA's official website only on Tuesday night and was placed below the entry on the penalties assessed Calvin Abueva, who was hit with a one-game ban and fined P22,000 for an elbow to Chris Ellis' face in the Ginebra-Alaska game on Sunday night.

The NLEX-GlobalPort game that was marred by the Taulava-Semerad scrap took place two days earlier, or on Friday night.

The announcement of Abueva's punishment was entered in the PBA website's files well before Taulava's.

Here's a screen shot of the announcement on the PBA website: 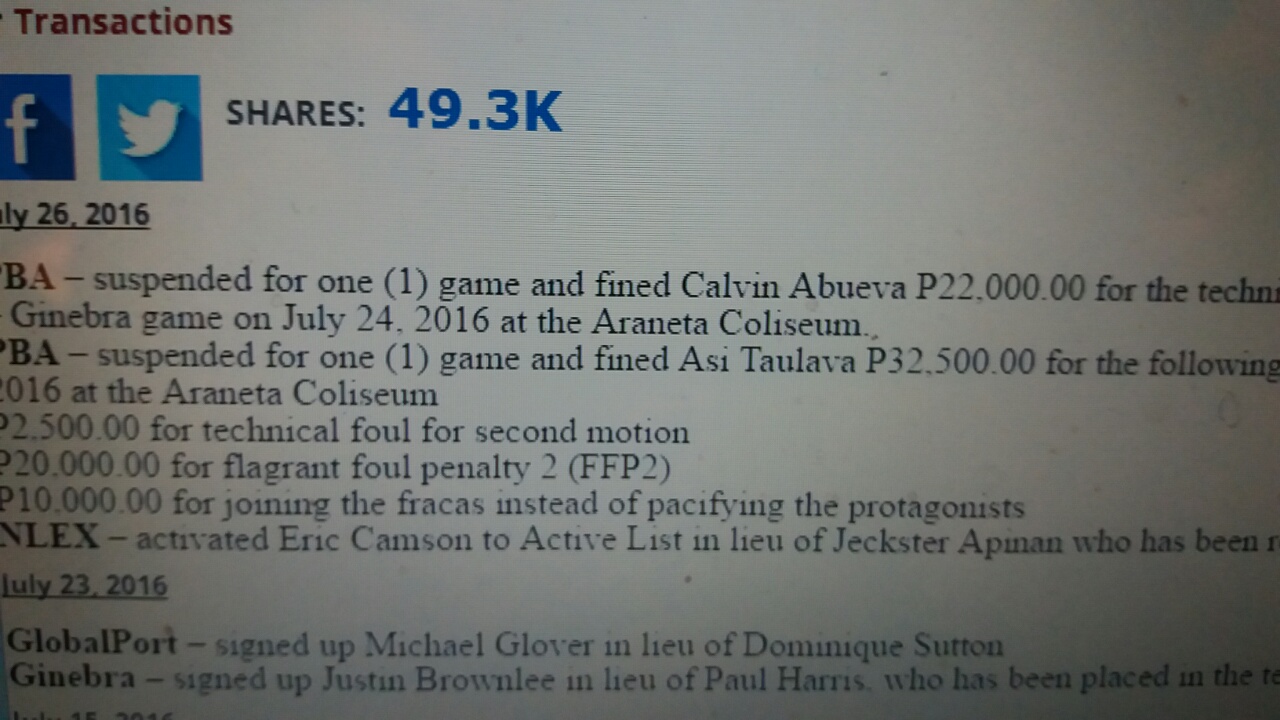