BATANGAS City - Terrence Romeo and Arwind Santos were quick to patch things up after an altercation late in Gilas Pilipinas' 152-149 win over the Luzon All-Stars in the PBA All-Star Weekend on Friday at the Batangas City Sports Center.

The fight, a rarity in the midseason showpiece, started after Romeo, thinking he had been intentionally hit with an elbow by Santos after a drive, retaliated by sneaking in a hit to the SMB star's bread basket, resulting in technical fouls for both players at the final 4:25 mark.

Romeo, however, took the first step to apologize.

Romeo said that he quickly apologized to his fellow Far Eastern University alum.

Santos said he understood where Romeo is coming from considering that the 5-10 scoring machine was already in a zone at the time of the collision. 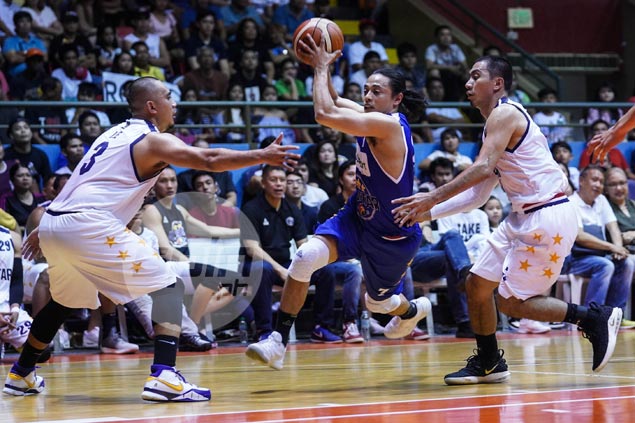