Arwind or Kelly as No. 1 pick? See redraft of 2006 PBA rookie class

It's a rare occurrence that franchise-altering talents head to the league at the same time.

Yet in 2006, the PBA was gifted with the perfect storm as a highly-touted Fil-Am by the name of Kelly Williams declared for the draft, busting majority of formcharts which, for the longest time, had two-time UAAP MVP Arwind Santos at the top of their lists.

The debate continues up to this day, with both Williams and Santos winning MVP awards as well as towing their teams to the top of the mountain.

But it's not a two-man horse race, with the class of 2006 also earning its distinction as one of the best draft pools in the history of the league. 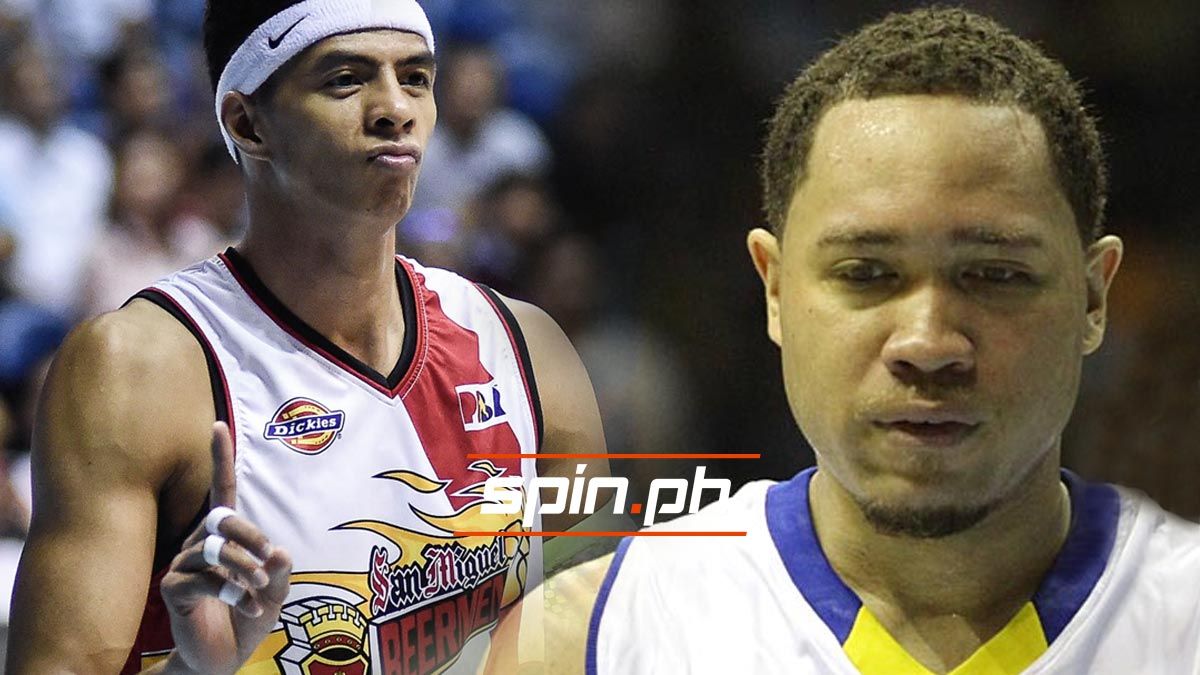 Where was he selected? 2nd overall, Air21
Who was picked on this spot? Kelly Williams

It's really a tough choice and even up to now, it could go either way. But for this redraft, we're picking Santos to be head of the class.

Just imagine the frontline Sta. Lucia will have, with "The Spiderman" teaming up with veterans Marlou Aquino, Dennis Espino, and Kenneth Duremdes. Not only will the 6-foot-4 forward from Far Eastern University learn from these elite talents, but will also give the franchise a future cornerstone to build around.

Curiously, this scenario would've also teamed Santos up with a guard named Alex Cabagnot, who was then in his sophomore season with the Alfrancis Chua-coached Realtors.

In real life, Williams won an MVP in his second season in the PBA. Would Santos achieve the same success in the same manner had this fantasy panned out?

Where was he selected? 1st overall, Sta. Lucia
Who was picked on this spot? Arwind Santos

You really can't go wrong if you're at No. 2, and Air21 would have been rewarded with taking Williams at this spot. And it only would've meant one thing: the Express will possess one of the most athletic frontlines in the league.

Not only was Williams reinforcing an Air21 side which already featured the versatile Ranidel de Ocampo, the high-flying Nino Canaleta, and bruisers Mark Telan and Ervin Sotto.

It would have been such a treat for coach Bo Perasol to handle the Express, especially that this was the year Gary David emerged as the league's Most Improved Player.

To us, it was still a win-win situation for the top two picks. 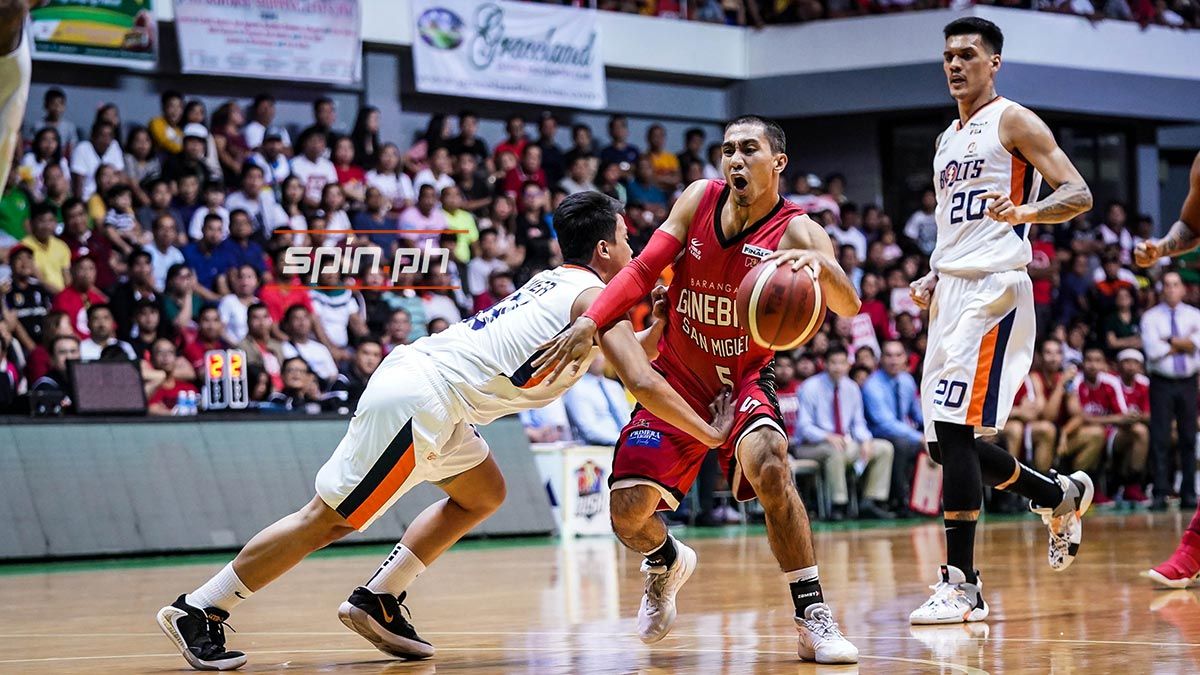 Where was he selected? 4th overall, San Miguel
Who was picked on this spot? Joseph Yeo

After releasing Johnny Abarrientos just weeks before the start of the new season, Coca Cola will have a more than able torchbearer in the form of Tenorio.

Proving his worth at Ateneo, the 5-foot-9 guard would have quickly earned his spurs in the Tigers under coach Binky Favis. He'd also provide a perfect counter-point for the defensive-minded Denok Miranda at one while also setting the table for Ali Peek and John Arigo.

With Tenorio running the show in his first year, we see Coca Cola somehow making noise rather than just bowing out early in the playoffs. 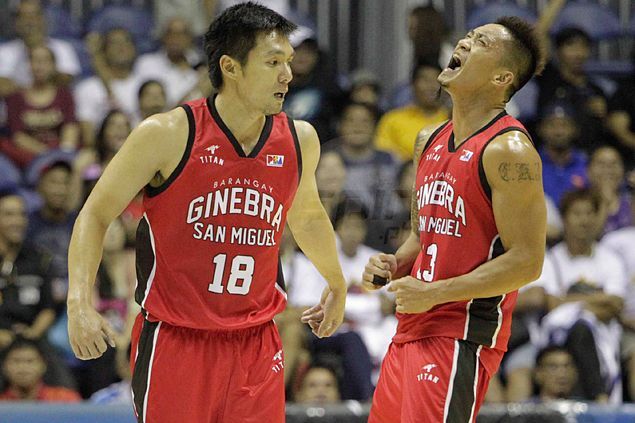 Where was he selected? 3rd overall, Coca Cola
Who was picked on this spot? LA Tenorio

The rich somehow would've gotten richer as Yeo joined a San Miguel team brimming with talent. The fearless guard from La Salle would have been a perfect backup for starting shooting guard Dondon Hontiveros in his first year in the league.

Yeo would also enjoy the luxury of learning from the likes of Olsen Racela, Chris Calaguio, Kiko Adriano, and former collegiate rival Wesley Gonzales as an exceptional off-the-bench option for the Beermen of coach Chot Reyes.

Yeo eventually found his way to SMB four years later, but just imagine how big of a difference he would have provided for the Beermen, especially in the 2007 Philippine Cup where they made it to the Finals. 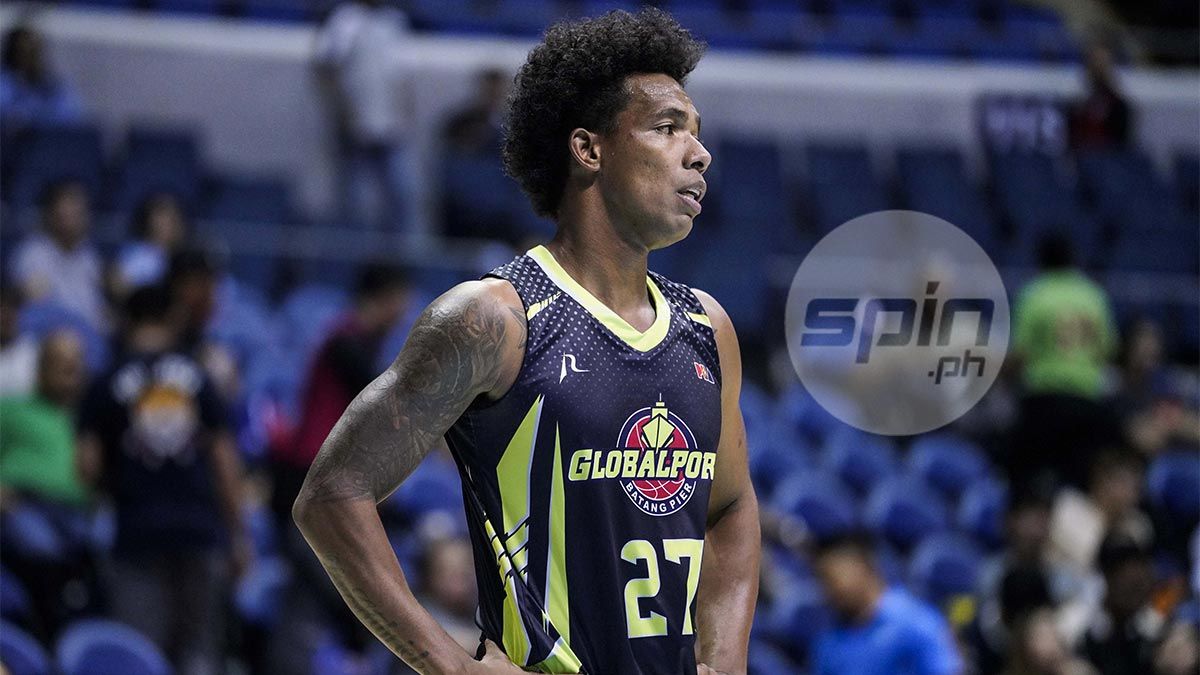 Where was he selected? 5th overall, San Miguel
Who was picked on this spot? Gabby Espinas

Nothing changed here as Espinas, a former NCAA MVP, remains fifth in our redraft.

The PCU stud largely played behind the likes of Seigle, the returning Danny Ildefonso, and acquisitions Lordy Tugade, Rommel Adducul, and Willy Wilson in his first season in San Miguel.

Espinas did get his licks in his rookie season but only spent a year with the Beermen before he was eventually traded to Air21. The 6-foot-4 forward found his way back to SMB in 2015 and became a part of six championship-winning Beermen teams. 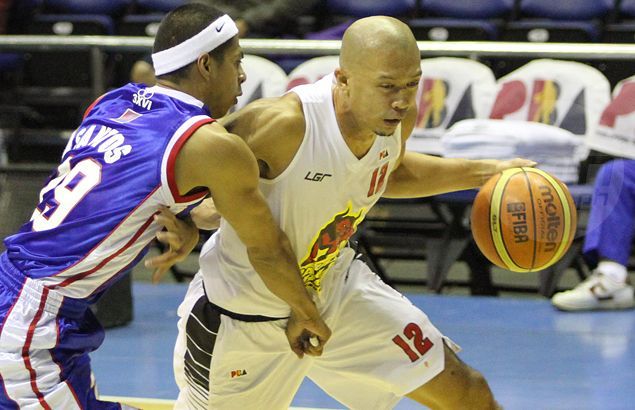 Where was he selected? 6th overall, Sta. Lucia
Who was picked on this spot? Mark Isip

Sta. Lucia also aced this one, picking Isip at six.

But unlike in real life, it would've continued partnership for Isip and Santos as they remain teammates with the Realtors, sustaining their killer combination from Far Eastern University.

And if Sta. Lucia pushed on with its midseason trade which sent Duremdes, Cabagnot, and Ricky Calimag to Coke, it would have completed the Tamaraws trio with Miranda also joining the Realtors.

That combo delivered UAAP championships (one of which was controversial, of course) to Morayta. Could they also have done that for Sta. Lucia? 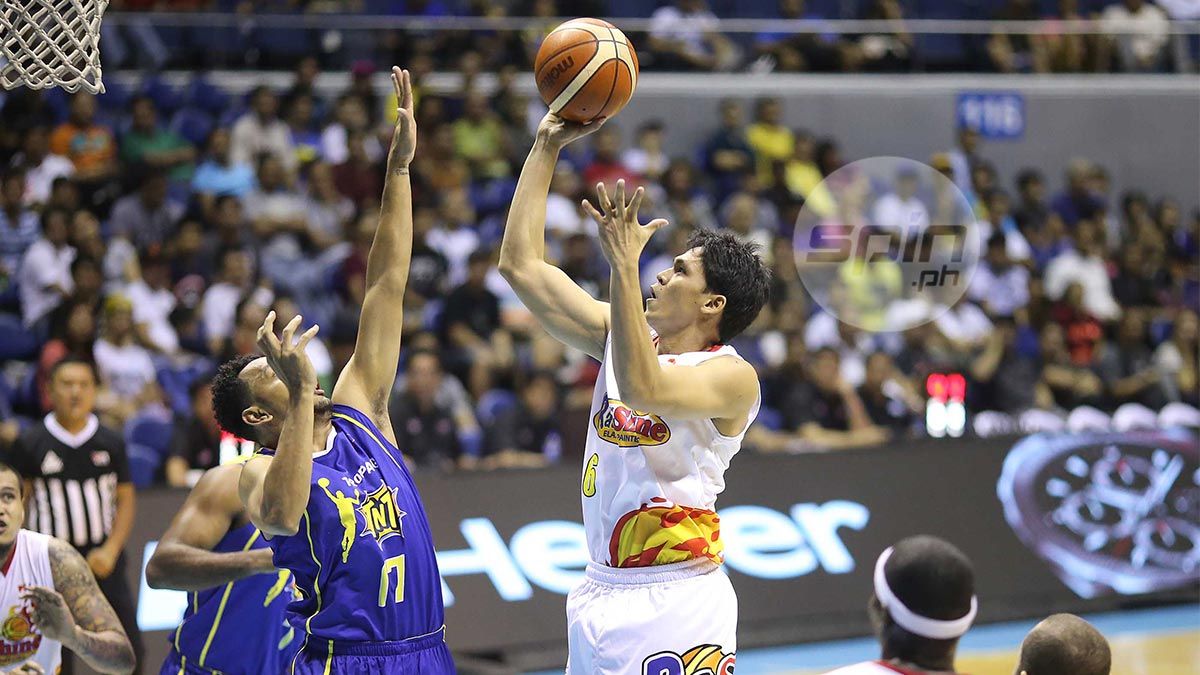 Where was he selected? 11th (2nd round), Welcoat
Who was picked on this spot? Aaron Aban

As reliable as they came, Ibanes would have been a great off-the-bench option for Alaska.

Yes, rookies barely got much playing time under coach Tim Cone, but the UP standout had proven himself as a solid utility guy - one that could've added depth and versatility to the Aces' arsenal.

And he would have come in handy, relieving pressure from fellow wingers like Jeffrey Cariaso and Tony dela Cruz while also being a pest on the defensive end against the opposition.

Ibanes may not be as shiny as an option as his peers, but at seven, he might as well be considered a steal. 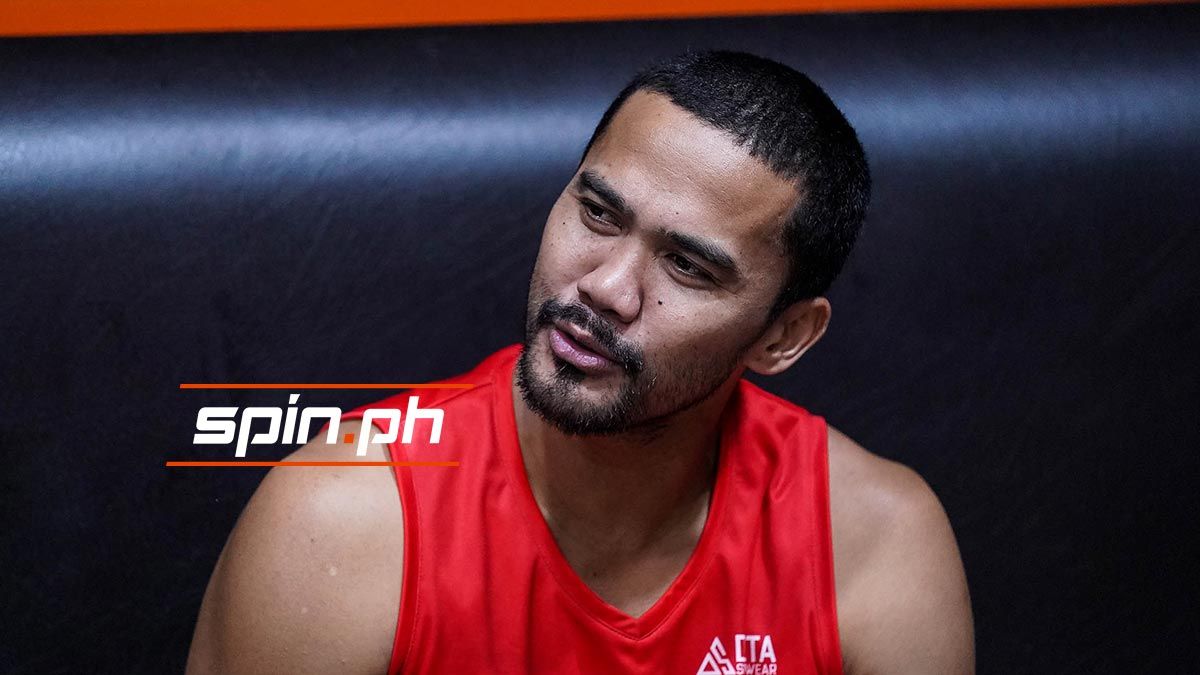 Where was he selected? 7th overall, Alaska
Who was picked on this spot? Mac Andaya

Had Aban fell on Talk 'N Text's lap in 2006, he wouldn't have waited for four long years before he joined the Manny V. Pangilinan-owned franchise. But he did in this redraft, immediately teaming up with Jimmy Alapag and Harvey Carey.

Aban, who proved himself as a steady hand in TNT's champion teams in the early 2010s, would bring his same grit to the Derrick Pumaren-coached Phone Pals.

And he'd be a handy reliever for super scorer Mac Cardona, who won the Best Player of the Conference award in the 2007 Fiesta Conference, while also splitting time with veterans Donbel Belano and Vic Pablo. 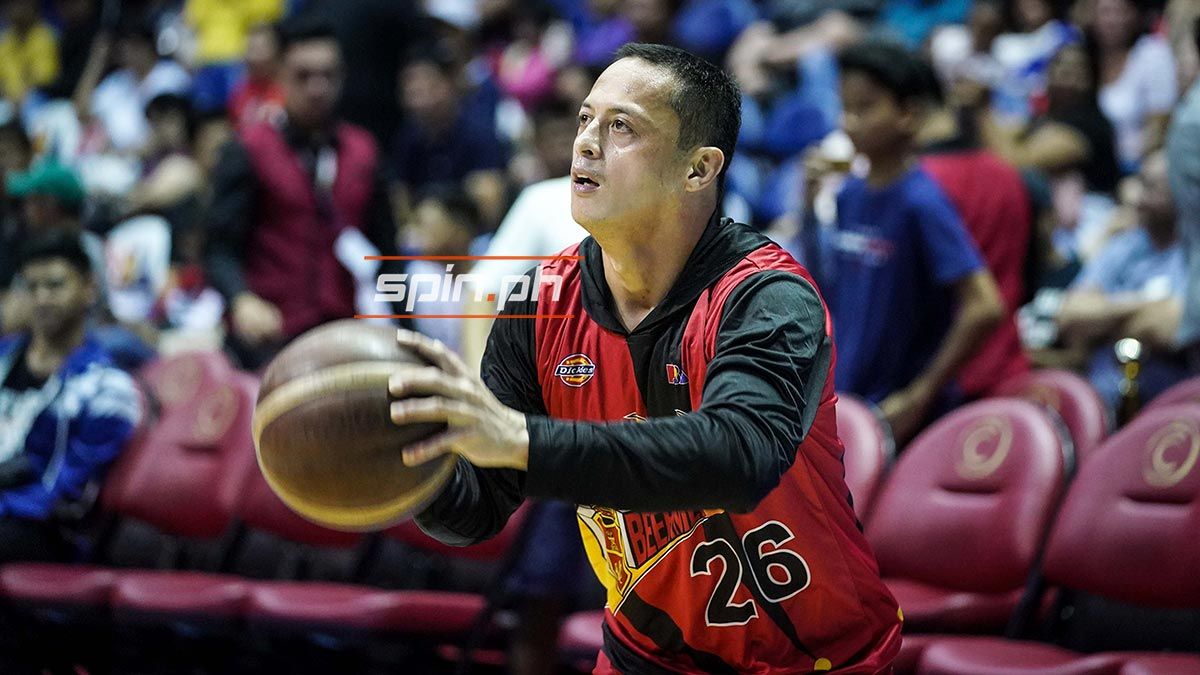 Where was he selected? Undrafted
Who was picked on this spot? Boyet Bautista

Hard to believe that a guard as solid as Lanete went undrafted in the 2006 Draft. But we're righting a wrong here, and alas, the Lyceum standout still ended up with Purefoods, the team which took him from the free agent pool a year later.

Yet if there was something we know about this 6-foot guard, he delivered in whatever situation he found himself in, as seen in his 13-year career. 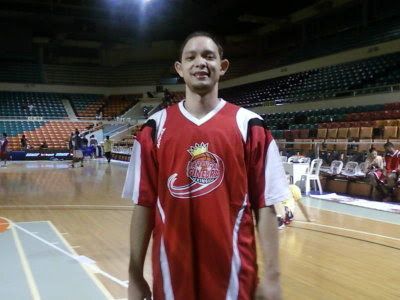 Where was he selected? 15th (2nd round), Coca Cola
Who was picked on this spot? Abby Santos

Pacana gets the nod as the last pick in the first round, joining newcomer Welcoat.

Future was bleak for Welcoat in this first season, as was the case for all new teams in the PBA, but by then Pacana was due for his moment. Just look at how he made his presence felt for Ginebra in its drive to the championship in the 2008 Fiesta Conference. 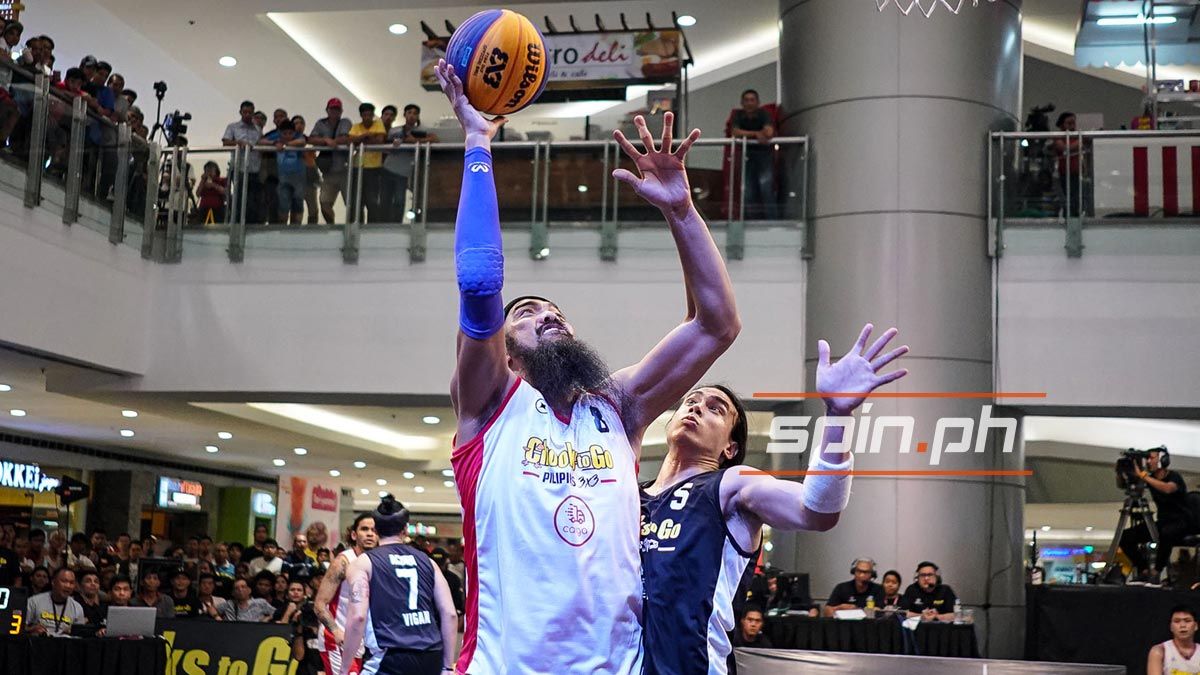