Arwind quick to move on from Nabong clash, keeps eyes on SMB prize

SMART CLARK GIGA CITY – Arwind Santos was quick to move on with the little commotion he had with former teammate Kelly Nabong in the final minutes of the PBA Philippine Cup game between San Miguel and NorthPort Tuesday night .

The lanky forward just shrugged off the incident and said the significant thing was the Beermen won the match, 120-99, to give them a shot of earning a possible twice-to-beat edge in the playoffs.

Santos and Nabong, who were among the central figures involved in a fight-marred San Miguel practice during the Governors Cup last season, got a bit physical with each other in the game at the Angeles University Foundation gym.

The incident escalated a bit when Nabong was hit with a flagrant foul penalty 1 after bumping Santos while in mid-air, causing the San Miguel veteran to fall awkwardly on the floor. 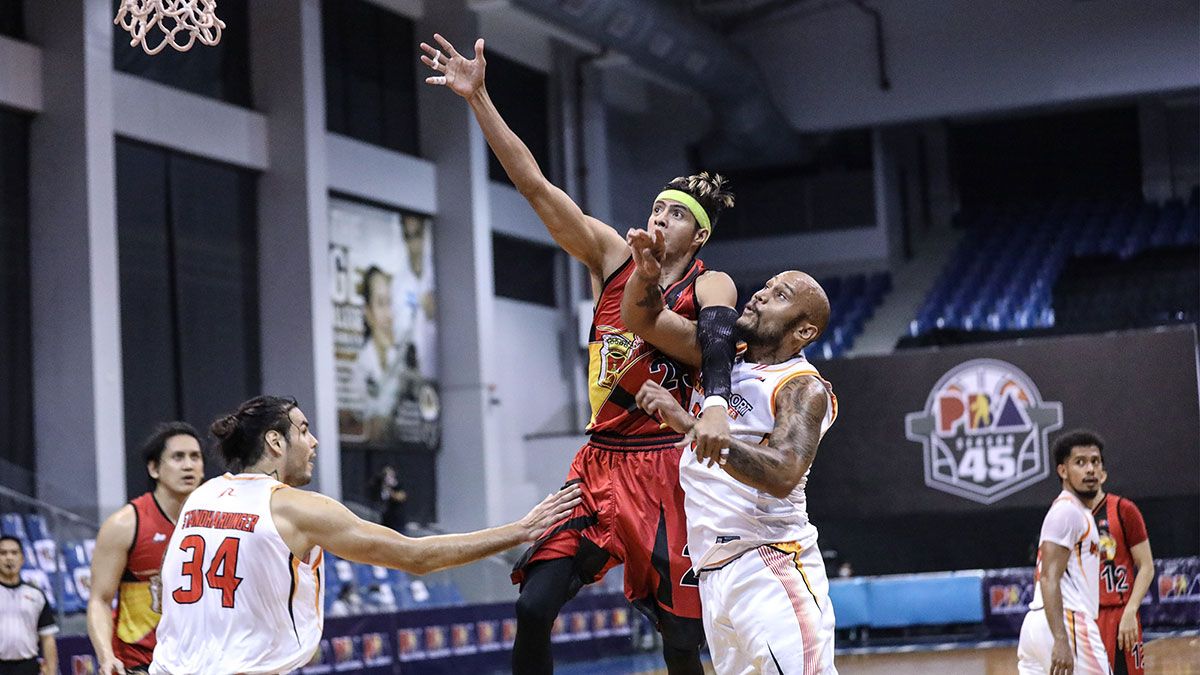 There were some heated exchange of words between the two before cooler heads tried to separate them.

Nabong kept shouting at Santos while on his way to the NorthPort bench after committing his sixth and final personal foul.

The Beermen were well ahead, 112-89, with 4:29 left when the slight commotion happened.

The more important thing now is to focus on the quarterfinals and defend the Beermen’s All-Filipino title, according to the 38-year-old Santos.

And the five-time champion, Santos added, doesn’t need another distraction especially with key players out with injuries while those remaining having to make do playing hurt.

So far, so good as Santos said he’s not nursing any injury.