The veteran forward hastily made up for an endgame blunder that almost cost San Miguel the game, burying the winning basket as the Beermen edged a hard-fighting NorthPort side by the skin of their teeth, 88-86, in the PBA Philippine Cup on Sunday.

Santos, 40, scored on a jumper off a feed by Marcio Lassiter with 1.2 seconds left that shattered the game’s final deadlock.

The former MVP finished with 17 points and five rebounds in the team’s second straight win that left him heaving a sigh of relief.

The feeling was understandable considering just a moment before his heroics, Santos committed a technical foul against Sidney Onwubere that resulted in a converted Robert Bolick free throw which knotted the count, 86-all with seven seconds remaining.

Six seconds after, the fortune changed for Santos following his clutch jumper. 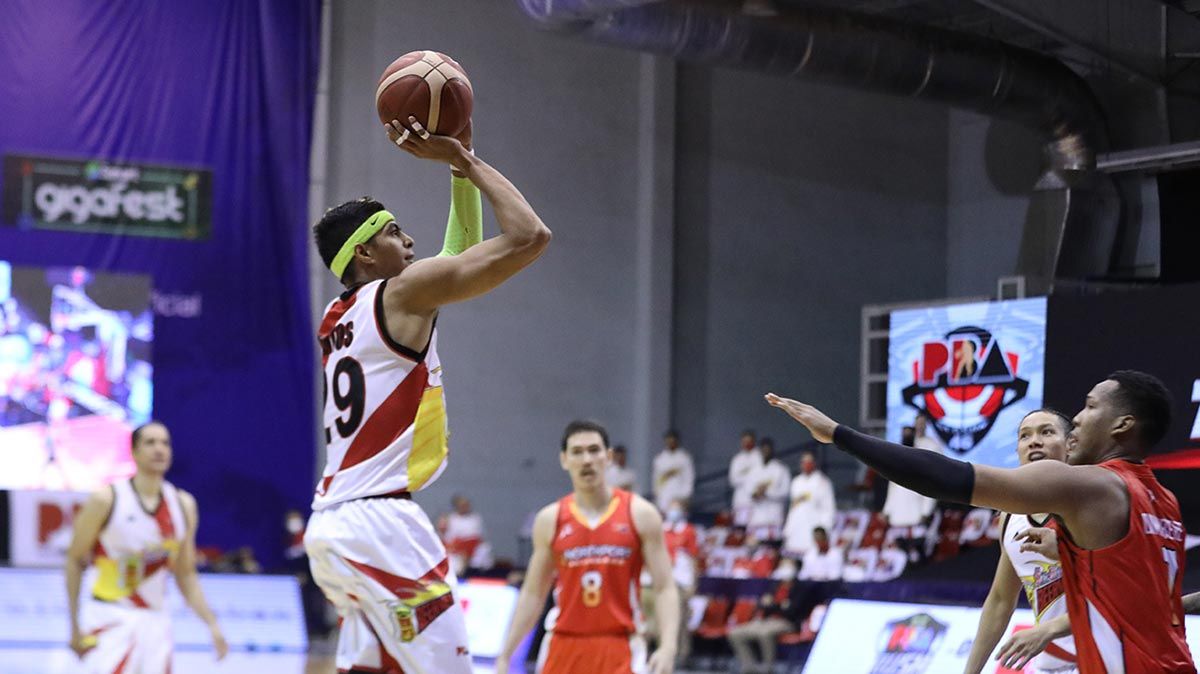 While he admitted there was some physical contact between him and Onwubere, Santos thought the call shouldn’t have merited a technical, adding there was some exaggeration on the part of the young NorthPort big man.

But the former UAAP MVP didn’t lose his focus and just stayed ready should the chance for him to make amends present itself.

It did, and Santos wasted not a single moment to take on the opportunity.

For the record, the San Miguel veteran said he didn’t ask coach Leo Austria for the final play.

Santos added five rebounds and was 7-of-15 from the field to help San Miguel raised its record to 2-1 overall.