Arwind back at SMB, Nabong traded. So where does that leave Tubid?

ARWIND Santos is back in San Miguel practice. Kelly Nabong has been traded. Dez Wells has long gone home. Ronald Tubid is, uh, nowhere to be found.

On Tuesday, everything looked back to normal at San Miguel when the PBA ballclub returned to practice to begin preparations for next season, with the return of Santos signalling the end of his indefinite suspension.

Santos, of course, figured in a fight in practice with Wells last November. He was suspended along with Tubid, who came to Santos' aid, and Nabong, who witnesses said took Wells' side during the fracas. 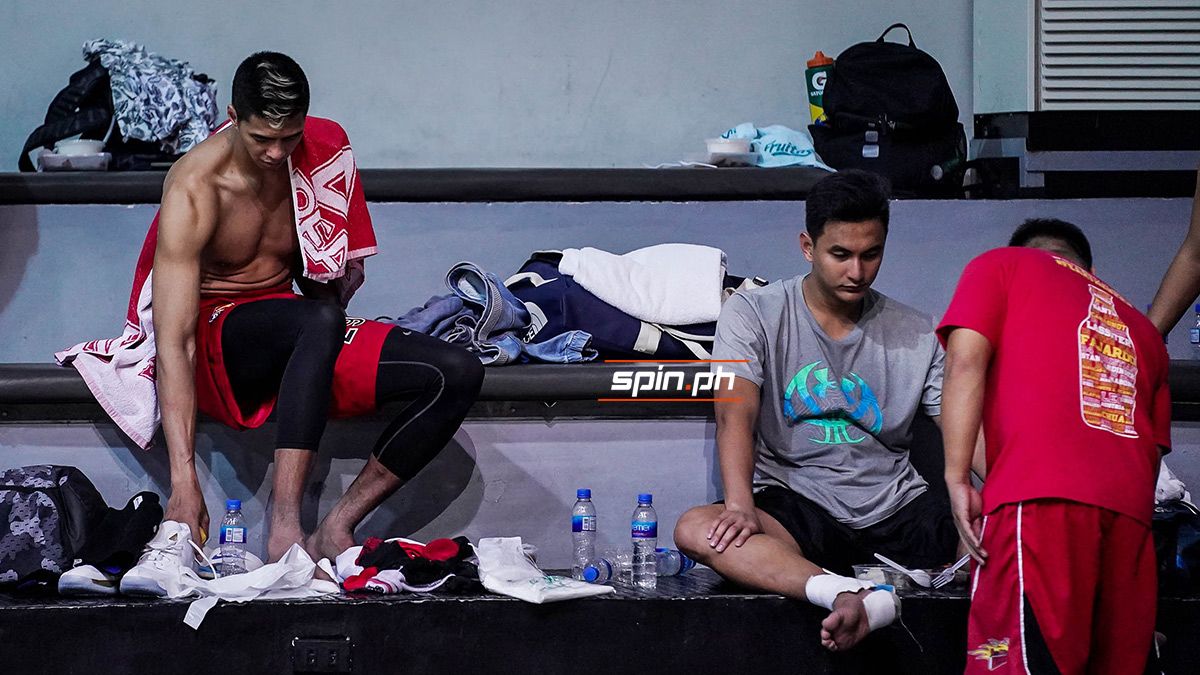 After a long break, things have more or less settled down at the Beermen camp as Nabong was traded to NorthPort for young big man Russel Escoto and Santos rejoined the Beermen in practice on Tuesday.

Noticeably missing from SMB practice, however, was Tubid.

When SPIN Life asked around, no one among SMB officials can talk with certainty about the status of Tubid, a 16-year journeyman out of University of the East who has played for PBA six teams.

It didn't help Tubid's cause that his contract with the Beermen expired at the end of the team's season.

When we pinned down SMB coach Leo Austria, he said he will know more about Tubid's situation in the next few days.

"Si Tubid, we don't know yet. But I think in the next few days, I will talk to him," Austria said.

Hope the 38-year old Tubid's PBA career goes beyond this season, if not with the Beermen then perhaps with another ballclub.