JUST being among the candidates for the top rookie award of 2020 is an honor for Barangay Ginebra's Arvin Tolentino.

Tolentino is actually no stranger to winning such award. Back in 2014 he won the Rookie of the Year award in the UAAP with Ateneo following an impressive high school career at San Beda capped by the NCAA juniors Finals MVP award.

Now the 6-foot-5 forward is one of five candidates for the Outstanding Rookie award in the 2020 bubble, joining Aaron Black of Meralco, Barkley Eboña of Alaska, Aris Dionisio of Magnolia, and Roosevelt Adams of Terrafirma.

“I’m happy on being a candidate as outstanding rookie kasi you only get that chance once in your career,” said Tolentino to SPIN.ph. 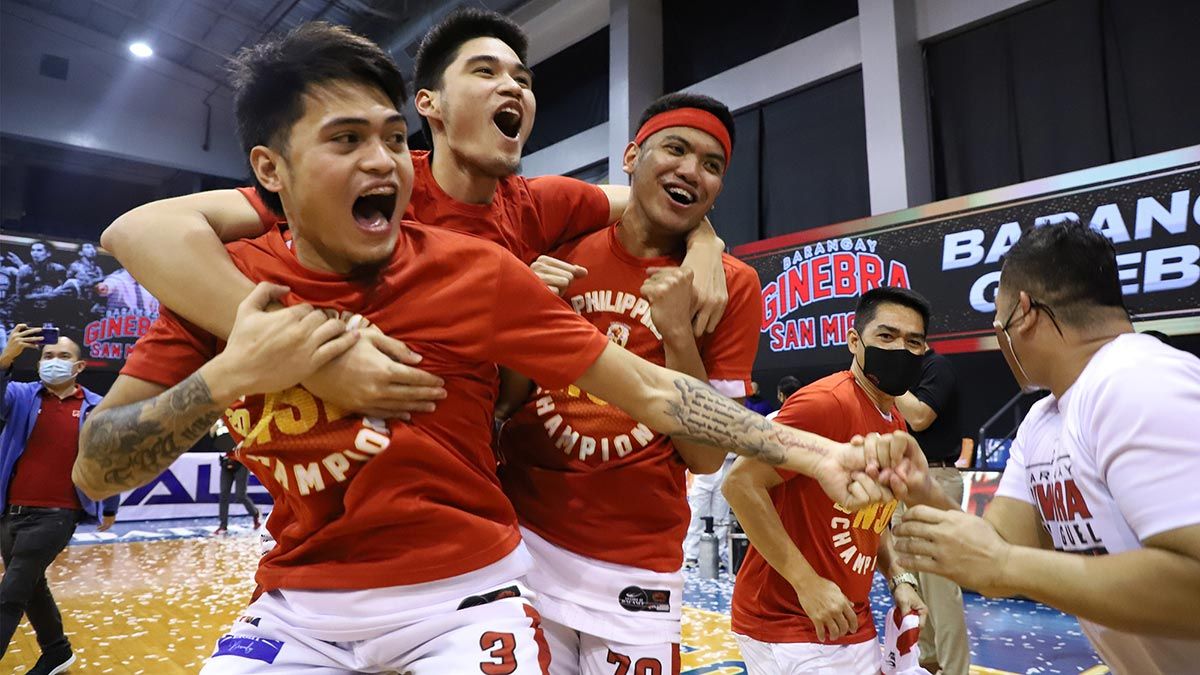 Technically, 2020’s best freshman player will not be called the ‘Rookie of the Year’ due to the shortened season. Greg Slaughter, however, was the last Ginebra rookie to win that award in his first season in 2013.

While the Outstanding Rookie race is close, Tolentino said the nomination is already an accomplishment in itself as far as he's concerned, saying it's validation that he was able to help Ginebra in its bubble campaign.

The 24-year-old left an imprint on Ginebra’s run to the 2020 title. He scored a crucial lay-up that sent Game One of the finals into overtime before the Gin Kings finally defeated TNT, 100-94.

“I was able to repay the trust that my coaches gave me,” said Tolentino.

The rookie out of Far Eastern University said the nomination only made his first season as a PBA much sweeter.

"All the hard work and sacrifices paid off, hindi lang sa akin kundi ng buong team din. Being in the bubble made it even sweeter."