JOSHUA Torralba and Andre Paras were among the picks of Blackwater in the PBA Season 46 Draft held on Sunday.

Torralba and Paras led the players selected by Blackwater that could bring an instant impact for the ballclub even as the Bossing were left without a first-round selection due to past transactions.

Heading the list is Torralba, who was selected No. 15 in the second round by Blackwater following the selection of Rey Mark Acuno at No. 14 by the Bossing.

Paras, the son of two-time PBA MVP Benjie, was picked third (No. 27 overall) in the third round of the draft. 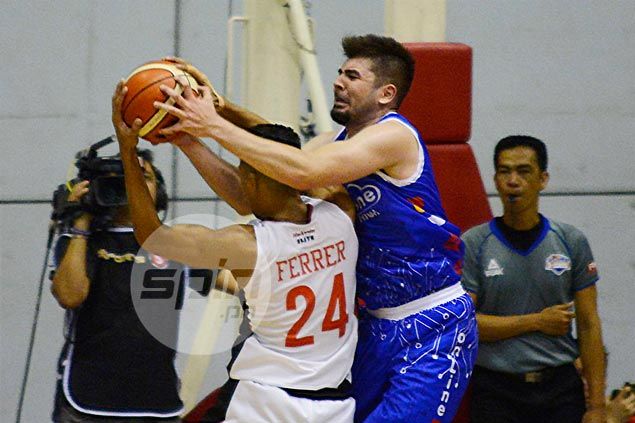 Torralba, who played for La Salle and Emilio Aguinaldo College in the college ranks, and the Makati Super Crunch in the MPBL, can definitely be a contributor for Blackwater on the offensive end as he is known for his shooting prowess throughout his career.

Although he is most known as a showbiz personality, Paras is also looking at extending his basketball career after playing college ball with University of the Philippines and San Beda.

In previous seasons, Paras saw action for AMA Online Education in the PBA D-League, and Imus Bandera in the MPBL, in which he made a name for himself as a rebounder, something that Blackwater will need after losing their bigs in Mac Belo and Maurice Shaw due to separate trades.

Blackwater team owner Dioceldo Sy was so elated about picking Paras that he texted Ryan Gregorio, one of the analysts of TV5/ONE Sports’ coverage of the PBA Draft to say he was glad the player “fell in their lap” and was still available when the Bossing were picking in the third round.

Blackwater was able to address its lack of height with the drafting of the 6-foot-7 Acuno, who played for University of the East in the UAAP.

Former University of the Philippines guard Jun Manzo was also selected by the Bossing in the fourth round, bringing his toughness and defense to the team’s backcourt, if signed by the team.

The Bossing also went with former Far Eastern University players who are familiar to head coach Nash Racela’s coaching style, picking Kimlee Bayquin in the fifth round and Jeson Delfinado in the sixth round.
___