by Karlo Sacamos
5 days ago

FIELDING big, standout imports in the PBA Commissioner’s Cup usually overshadows some local big men, but it could be a blessing in disguise for others.

That’s the case with Meralco as it boasts of 6-foot-9 NBA veteran Johnny O’Bryant.

“Normally when you have big imports, the bigger players on your team, their playing time suffers a lot, so some of our bigs are going to sacrifice this conference, because Johnny will be playing at least 42 minutes per game,” Bolts coach Norman Black admitted after his team’s tune-up game against Barangay Ginebra last Tuesday.

But the situation could benefit the Bolts’ wingmen.

“I expect probably a bit more from Bong Quinto and Alvin Pasaol, because I think with the import being big, that’s probably going to give them a little bit more time to be out there,” Black said.

Can Alvin Pasaol break out?

While Quinto is already a fixture in the rotation, Pasaol should maximize the looming opportunity he is expected to receive.

The 27-year-old University of the East product averaged just 2.1 points, 0.9 rebound, and 0.5 assist in 6.7 minutes over 18 games in the Philippine Cup, but he showed a glimpse of his potential in the quarterfinals. 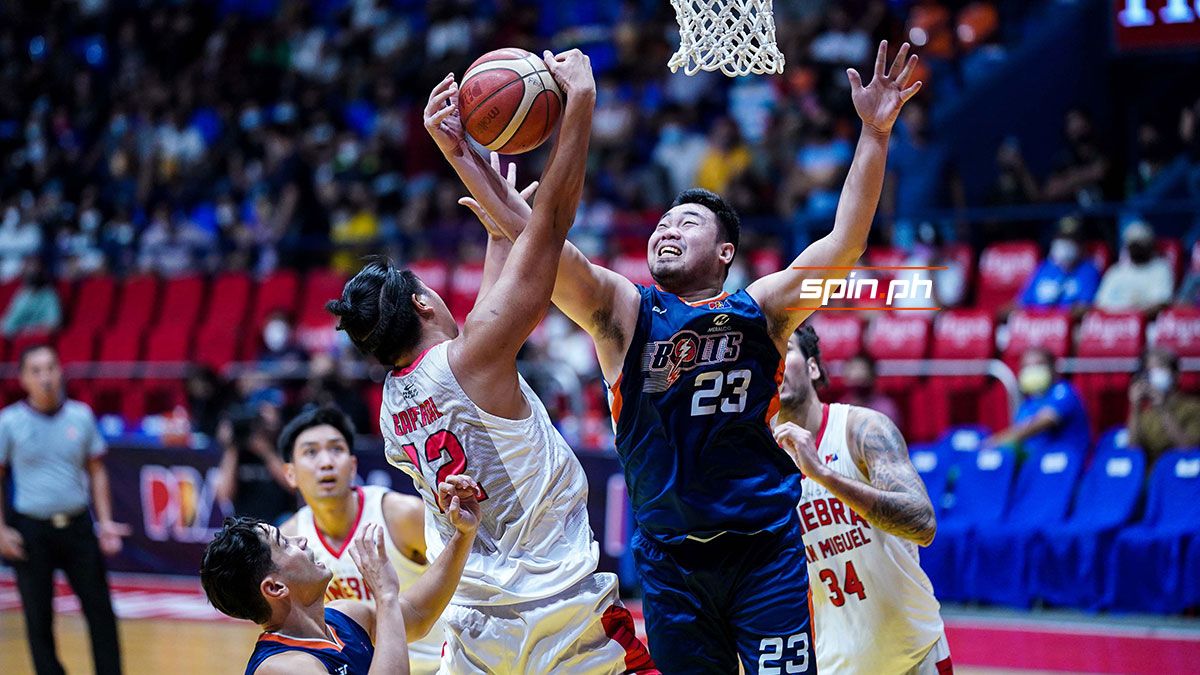 The Davao native tried to be stand-in coach Luigi Trillo’s trump card in Game Two where he came off the bench to score 14 points on 5-of-7 shooting, two rebounds, one assist, and one steal in less than 13 minutes in Meralco’s 94-87 loss.

Pasaol sustained his offensive spark in the deciding game, scoring 11 points on 4-of-7 shooting in 15 minutes on top of one board, one assist, and one block without a turnover to help the Bolts advance to the semifinals with a 106-104 win.

Black hopes the burly 6-foot-2 wingman can provide the same timely contribution in the midseason tournament.

“He’s actually playing somewhat behind Newsome and Bong Quinto, so whatever minutes he gets, he’s really going to have to take advantage of, with those guys very good players. But you can see today, he’s going to be part of the rotation,” Black said of Pasaol, who had eight points in the tune-up game against Ginebra.

“He’ll have a chance to be out there on the court. He’s just going to have to perform when he’s out there,” he added.