AT one point during the game between TNT and Terrafirma at the Ynares Center in Antipolo City, three players from National University were on the floor — Jjay Alejandro, Glenn Khobuntin, and Gelo Alolino.

Coincidentally, one of the persons on the broadcast panel for that game was Eric Altamirano, coach of the Bulldogs during the trio's college days. Alejandro, Khobuntin and Alolino were members of the NU team that ended the school’s 60-year title drought when they won in 2014.

There are other NU products in the PBA now including Pao Javelona, who is Alolino’s teammate with Terrafirma but didn’t play against TNT. Troy Rosario was formerly with the Tropang Giga, but was traded to Blackwater before the conference.

Altamirano said he is proud that the three players along with their former NU teammates are strutting their skills in the PBA. 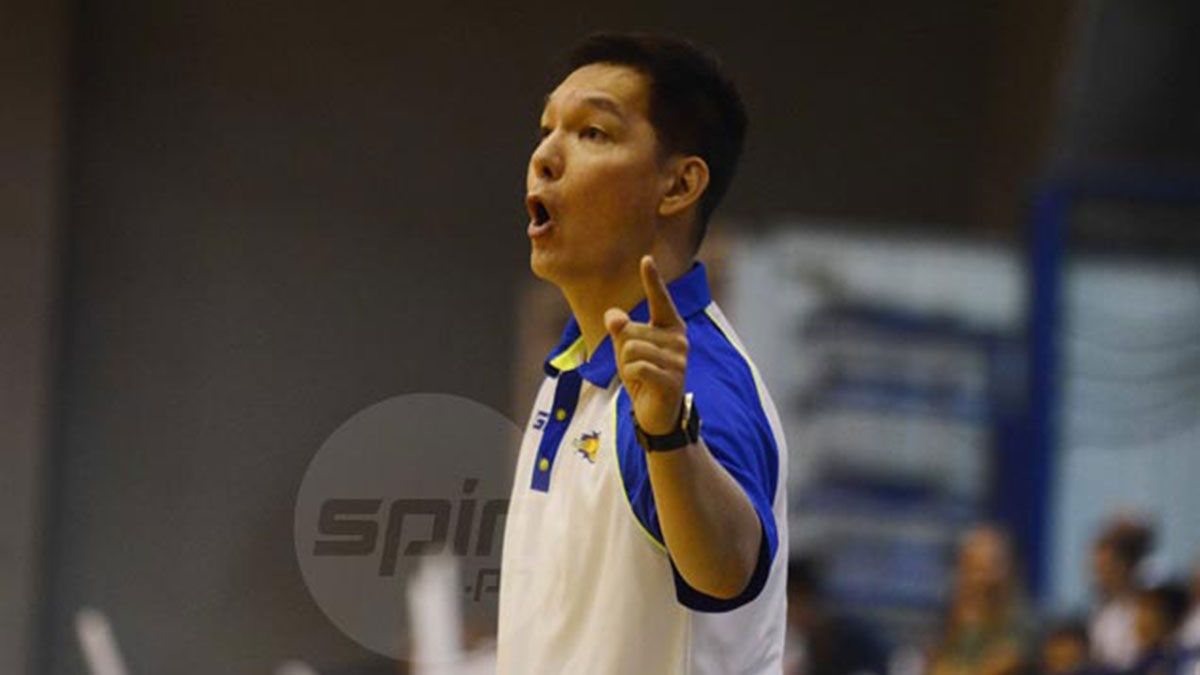 UAAP champion coach Eric Altamirano proud to see his wards continue to play in the PBA.

The presence of Altamirano didn’t stop his former players from exchanging banters during the game. In that match, Alejandro was having a huge night as he went 7-of-7 from the field before missing his final shot in the remaining seconds.

The NU products approached Altamirano after the game.

The three players were Altamirano’s recruits, with Khobuntin coming from Letran, Alolino from the national youth team that he previously coached, and Alejandro a product of Mapua-Malayan.

Along with Rosario and Javelona, the three eventually became integral parts of the Bulldogs’ championship, defeating Far Eastern University in three games. Of all the players, Alejandro was the rookie on the team.

Altamirano still meets with his players from time-to-time. He says more than reaching the PBA, he is happy his players are also successful in life.

“I’m always proud of them. More than the achievement nila sa career nila, proud ako with the way they’ve become as a man. May mga pamilya na sila, the way they take care of their family, responsible sila, nagse-save sila, getting into business. Hindi nila sinasayang ‘yung opportunity nila ngayon na they are able to get good career, and nag-iipon sila. Dun ako mas nasasatisfy and fulfilled,” said Altamirano.

Meanwhile, Altamirano is currently doing TV and radio work for the PBA broadcast on ONE Sports and its different platforms, a gig that he is enjoying even though he was hesitant at first.

“Okay naman siya. I’m enjoying it. Nung una talaga, ayoko eh, talagang pinilit lang ako ng asawa ko. I don’t like to talk a lot. Pero eventually, for some reason, nag-eenjoy ako kasi siguro I’m close to the game, and iba rin ‘yung naeexercise mo ‘yung thinking mo on how to see the game, how to read the game. Narerefresh ako with what’s happening with the PBA and how they do things there,” said Altamirano.

Altamirano, who as coach won the 1997 All-Filipino crown with Purefoods and the special 1998 Centennial Cup tournament with Mobiline, said he tries his best to share his insights from a coaching standpoint.

“Sometimes, I try to give them an idea what the coaches are doing. Sometimes, I anticipate what the coaches will do in a particular situation. Not that critical, but kapag mali ang tawag, sometimes I would voice my opinion. But more than that, iba iba. Kapag radio, you have to be descriptive kung ano nangyari. Kapag TV naman, more on parang inaanalyze mo bakit nanalo or bakit natatalo ‘yung team, what they are doing wrong and what they are doing right,” said Altamirano.