PBA legend Mon Fernandez is already larger than life, but do you know that the man is still growing?

Search all available records. Fernandez, one of only two four-time MVPs in the league's 40-year history and largely regarded as the best to ever play in the PBA, has always been listed between 6-4 and 6-5.

The pride of Maasin, Leyte bared that he has a mild case of gigantism which his doctors only discovered recently and suspected had been caused by a bad fall he suffered decades ago.

"My doctors suspect that I have a slight gigantism. I had a bad fall long time ago in a game, the doctors suspected na I had that," said Fernandez in a recent chat with Spin.ph.

Fernandez bared that he first took note of his condition when he noticed that has outgrown most of his pants.

Fernandez got the explanation when he saw his doctor.

"Hindi naman masama yung bagsak ko, pero inobserbahan ako sa contusion at concussion. I went through a couple of exams," Fernandez, who is now based in Cebu tending to his 'Suka ni El Presidente' business, said. 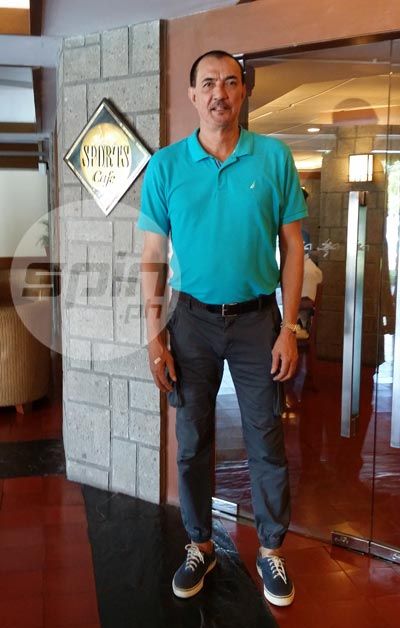 "The doctors took notice of abnormal growth in my extremities, pero wala naman (akong nararamdamang masama)," added Fernandez, who was named to the league's 25 Greatest Players list in 1990.

Among those who noticed Fernandez's late growth spurt was veteran coach Norman Black.

Fernandez was quick to assure his fans and supporters that the condition is not life-threatening.

Former Red Bull physician John Lim said an average male stops growing at the age of 21, the reason Fernandez should pay extra attention to his condition.

But Fernandez assured that he regularly undergoes an executive check-up.

"Regularly naman tayo may check-up, pero salamat sa concern ninyo. I will be okay," said Fernandez with a smile.