Durham in no mood to celebrate Best Import award: 'That's not why I came back'

ALLEN Durham was in no mood to celebrate his Best Import award which he received on Wednesday night.

All he cares about is trying to keep Meralco alive in the PBA Governors' Cup Finals.

Durham now owns the second most number of Best Import awards in PBA history at three, next only to the seven of the man whose name and likeness is on the Best Import trophy: the late Bobby Parks.

Durham's win, however, was bittersweet as the Bolts lost a 94-72 decision to Barangay Ginebra to fall behind, 3-1, in the best-of-seven series, and in danger of losing to the Gin Kings in the finals for the third time. 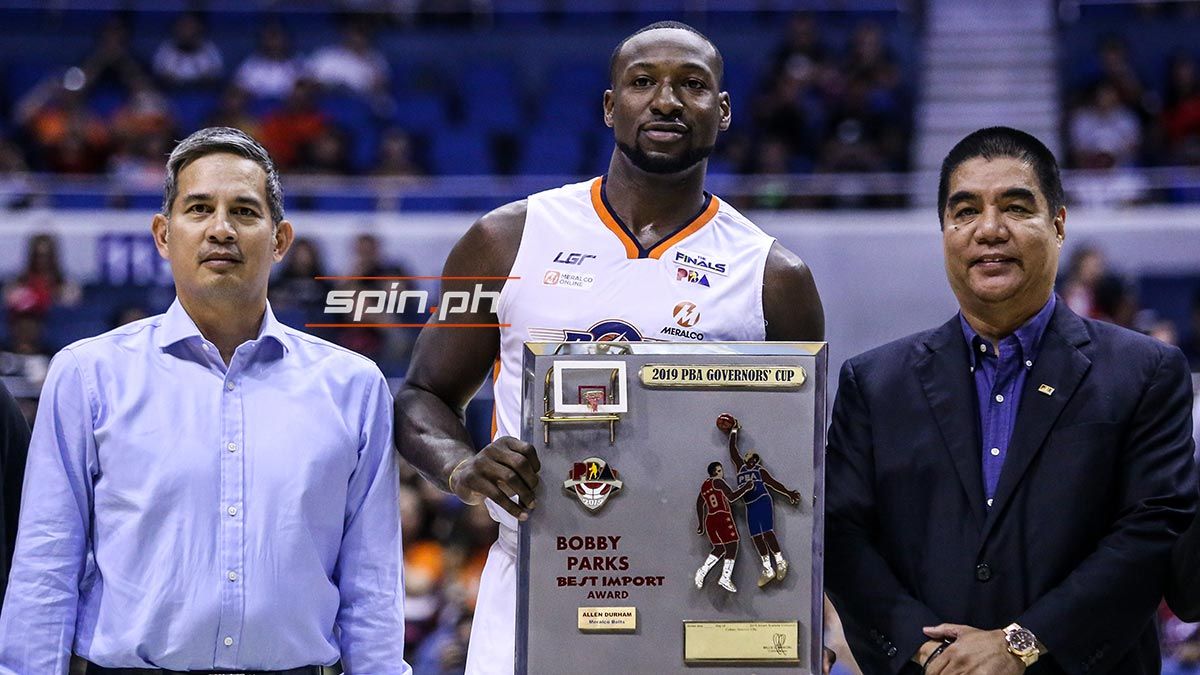 No wonder the Meralco import wasn't exactly thrilled with winning the trophy.

“Don’t mean nothing right now. I don’t really care about that. That’s not why I came back,” said the bull-strong Durham. “I’m just worried about trying to get a win on Friday and extend the series.”

Durham had 21 points, 27 rebounds, and seven assists in Game Four but got very little support from local teammates. He felt Meralco didn’t play with heart.

“It’s not the X’s and O’s. We got to have some heart. Not tonight. That was terrible. Everybody played terrible. We’ve got to find a way to fix it before Friday,” said Durham.

Game Five is on Friday at the Mall of Asia Arena. If Meralco wins, the series shifts to the Philippine Arena for the last two matches. Durham, however, said winning against Ginebra at this point is easier said than done.

“They are a great team and they’ve got one of the best coaches in PBA history. It’s not going to be easy. We have to find a way to make it happen,” said Durham.

“Stan (Pringle) brings a different dynamic and coach Tim is always adjusting things and stuff. Like I said, we have to play better than that. Tonight was terrible and it’s embarrassing,” he added.