ALLEIN Maliksi insisted his 'cooking' gesture late in Game Four of the PBA Philippine Cup semifinal series against Ginebra was mainly intended for his Star teammates.

Whistled for a foul on Sol Mercado after the Gin Kings playmaker beat him for a loose ball with 38 seconds left, the Hotshots wingman couldn’t hide his frustration as he made a gesture with his hands like he was mixing or cooking something.

The gesture is more commonly known as 'cooking' in basketball parlance, but Maliksi was in denial when asked about it after the game. 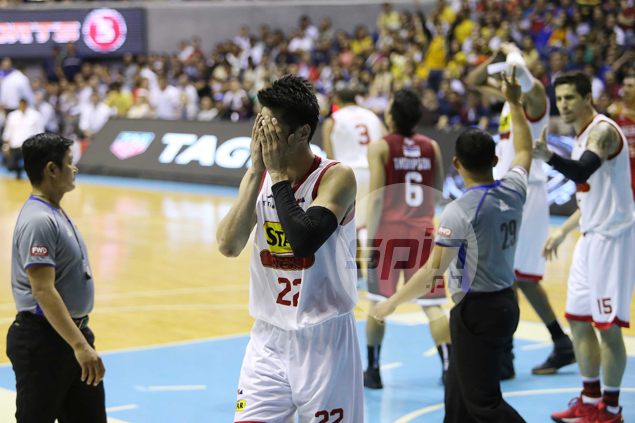 Maliksi, though, eventually added that he was also trying to point something out to the referee after he was whistled for the foul on Mercado.

Maliksi, though, declined to comment further on the officiating, saying he didn’t want to take anything away from the Gin Kings’ defense and the superb play of their role players.

Maliksi was one of the few bright spots as he knocked down four triples on the way to a team-high 18 points, although he committed four of the team’s 36 fouls – twice as much as the Gin Kings.