It takes one to make one? Allan Caidic gets busy in new role as personal 'Shot Doctor'

ALLAN Caidic is right up there among the best shooters in the long history of Philippine basketball.

Now he hopes to help mold the next great shooter.

In between legends games and personal appearances, the legendary 'Triggerman' keeps himself busy these days teaching a growing pool of clients in his new role as personal shooting coach.

Caidic, 54, has held coaching roles both in the PBA and college leagues since retiring in 1999, but since last year has focused on a job done with great success in the US by former Northern Consolidated teammate and now San Antonio Spurs assistant coach Arthur 'Chip' Engelland.

But unlike in the past when Caidic held shooting camps around the country, the former PBA MVP out of the University of the East now gives personal sessions to chosen clients.

"It's more personal," Caidic said of his shooting sessions. "They approach me, they look for a gym at on call ako, pupunta na lang ako doon.

When SPIN.ph caught up with the longtime national player last week, Caidic has just wrapped up in Quezon City the second of three two-hour sessions he had scheduled for the day.

His clients include the Nieto brothers, and he has seen enough of the youngest of the siblings in regular shooting sessions to think he will do well - if not better - than the older twins.

As a shooting coach, Caidic, who still holds a number of PBA scoring records like most points in a game by a local (79) and most three-pointers in a game (17), digs deep into his own experiences to mentor clients.

He's as much about shooting form as he is about hard work and dedication.

"I focus on the 3 Cs - concentration, consistency, and confidence," said Caidic. Repitition is also key as students take between 200 to 500 shots under his watchful eyes in one-and-a-half to two-hour sessions.

In the past, Caidic had helped players like Dylan Ababou and John Wilson with their shooting strokes. Now he has a much younger clientele that includes promising high school players both in the UAAP and NCAA, all eager to learn from the best.

So, you feel your kid has what it takes to be a great shooter?

You know who to call. 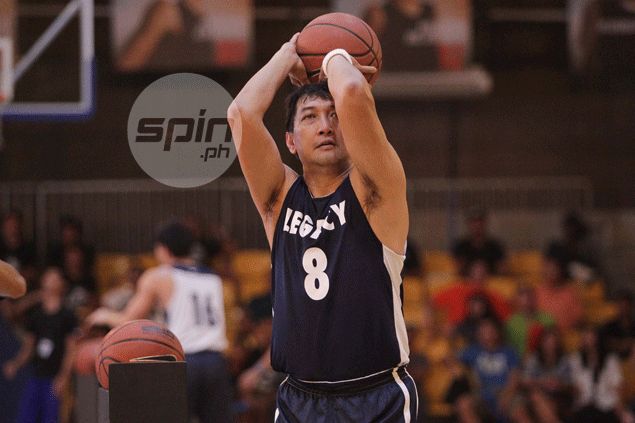