Alex Cabagnot and Arwind Santos: Can reunited Beermen get along the second time around?

WILL love be lovelier the second time around for reunited San Miguel Beer stars Alex Cabagnot and Arwind Santos?

That should be the question in most San Miguel Beer fans' minds after the team pulled off the trade-deadline deal that brought Cabagnot back to the Beermen camp from GlobalPort in exchange for Sol Mercado.

It is an open secret in the league that Santos and Cabagnot never really got along during their time together at Petron - the reason the team eventually let go of Cabagnot and later another former star, Jay Washington.

No wonder Santos, according to team insiders, was so shocked he cursed under his breath upon learning that it was Cabagnot - and not longtime teammate Denok Miranda - which SMB got in the trade.

“Napamura siya eh. Medyo galit nga,” said a San Miguel insider who was with the team when Santos learned about the trade.

Though they led the team to the 2011 Governors’ Cup championship, reports of cold war among Santos, Cabagnot, and Washington echoed around the walls of the PBA until San Miguel decided to revamp its lineup by trading both Washington and Cabagnot.

Former Petron team consultant Rajko Toroman confirmed to Spin.ph the spat was one of his biggest problems at a time when he was with the team.

“Yes (during my time at San Miguel they were not in good terms). That was one of the problems that time,” the former Smart Gilas coach said in an overseas call by Spin.ph. 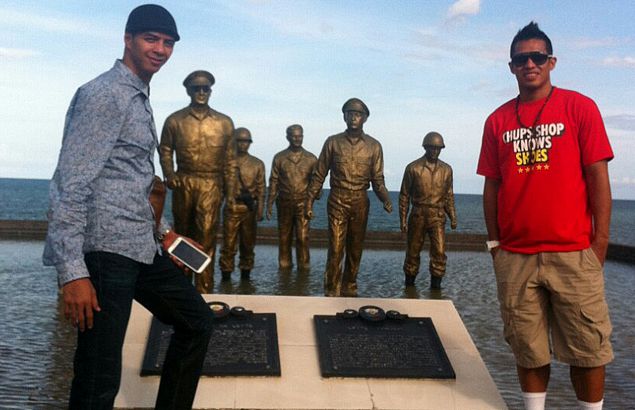 The outspoken Serbian mentor, however, refused to divulge how Santos and Cabagnot would express hatred toward each other, saying it’s something he’d rather leave in the dugout.

But Toroman admitted there were indeed 'personal issues' and the two are never seen dining out with the other members of the team.

“When you lose the game, there’s frustration. I don’t want to wash dirty linens in public. It’s not good to share it to you,” he said of the problem that further worsened the so-called 'Petronovela.'

Pressed to give a little description, Toroman said: “I no longer remember. It was long time ago.”

Another former team member, who refused to be named, pointed out that Santos, Washington and Cabagnot are all enjoying a resurgence in their careers now that they are no longer teammates.

Even fans of San Miguel expressed concern over SMB management's decision to tweak its roster, the day after the Beermen clinched the top seeding ahead of the Philippine Cup playoffs.

An active participant in all San Miguel fan pages, Samson expressed confusion at the decision of the team to tweak the lineup at the crucial stretch of the campaign.

“Nakakapagtaka eh. Kasi kailangan bang mag-trade now? Is the team broken to be fixed in the first place?” he questioned.

But for Toroman, Cabagnot is one of the best combo guards in the PBA. He stressed he would also agree to the Cabagnot-Solomon trade if he was asked for a suggestion.

“It’s a good decision. Alex was one of the crucial players in Petron’s championship conquests. Alex can make the team a contender, he can make the crucial shots,” said Toroman, who is now the national coach of Jordan.

“I always say that I like Alex as a player and as a person. So I would always want him to be in the team I am coaching,” he added.

Here's a podcast of the Spin.ph interview with Rajko Toroman: