TERRAFIRMA felt the positive effects of having Alex Cabagnot in the roster after its rousing overtime victory on Saturday in the 2021 PBA Governors’ Cup.

Cabagnot had 15 points and 11 assists, while also adding eight rebounds for the Dyip in their 112-106 win over Rain or Shine for their first win.

Cabagnot played a big role for the Dyip, dishing out the passes that led to critical baskets from Aldrech Ramos and import Antonio Hester. A pass to Ramos for a three-pointer and a short stab gave Terrafirma a 108-104 lead.

“We were just lucky to have someone like Alex who can lead and be another coach inside the court especially as we all know si coach John is still recovering from his injury,” said Terrafirma lead assistant Gian Nazario, who is taking the cudgels in place of head coach Johnedel Cardel. 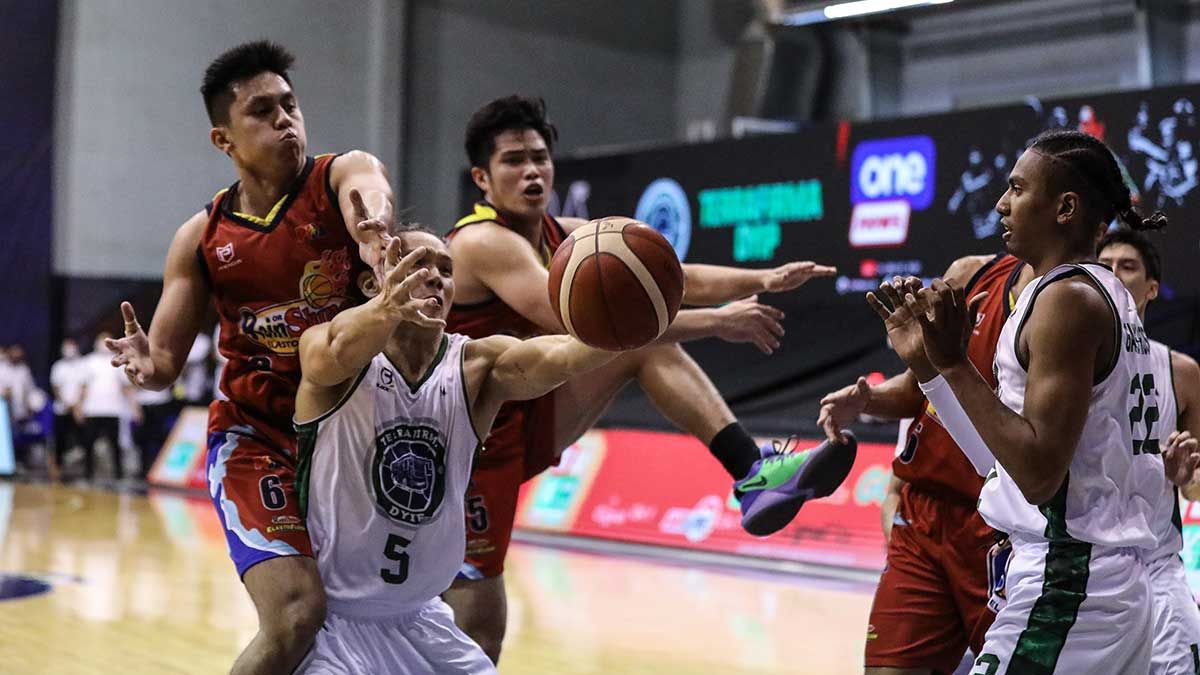 Nazario said the win is a morale boost for the Dyip, who not only suffered a loss in their first game but also had to go through other things off the court.

“We just want to give a good showing especially with what the team has been going through the past few months with Roider, coach John being injured, and the brother of coach Ronald (Tubid) passing away. We just wanted to give something positive for the team and for the fans of Terrafirma,” said Nazario.

On his role in the victory, Cabagnot also paid tribute to his teammates for their effort that will only help them gain experience this conference.

“We have young guys but these are just games to get your stripes so hopefully, makuha nila ‘yung stripes nila sa PBA and hopefully, tuloy-tuloy ‘yung composure nila. Nothing is guaranteed. We still have to commit to work,” said Cabagnot.

Cabagnot said the transition has been going smoothly as the 39-year-old was welcomed wholeheartedly by his teammates.

“They welcomed me with open arms – the coaching staff, players, behind the scenes, si Ronald, and the utility. It was a seamless transition for me. It’s been doing well so far. Hopefully, tuloy tuloy. We can’t celebrate too much. We still have a long conference,” said Cabagnot.