CONVERGE and head coach Aldin Ayo are in for an acid test as they face Barangay Ginebra and Tim Cone on Wednesday in the PBA Commissioner’s Cup.

The FiberXers clash with the Gin Kings at 6:30 p.m.

The game is a rescheduled contest after it was postponed due to poor weather on Sept. 25 .

See Will we see a KO match between Rain or Shine and NLEX for No. 8?

The schedule change set the stage for a coaching match-up at the end of the elimination round between Ayo, making waves in his rookie conference, and Cone, the winningest PBA coach with 24 titles under his belt.

Ayo has won against PBA coaches who have won multiple titles in his first conference at the helm.

“If we are going to face the winningest coach, legendary at that, it will be tough for us. Aside from having the best coach, they have a stacked team in terms of their line-up,” said Ayo last September. 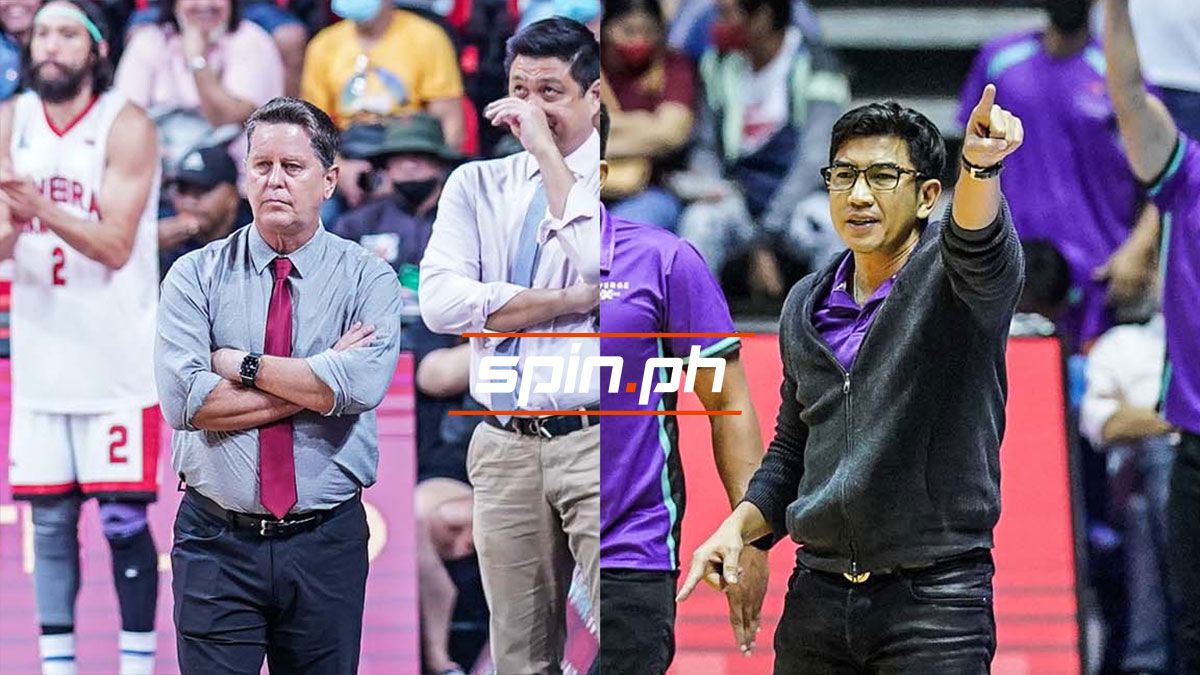 Cone said he respects Ayo for what he has done with Converge, even agreeing to his counterpart’s decision to bench their import Quincy Miller for being late in practice prior to their game against NorthPort on Nov. 20, which the Batang Pier won, 112-97.

Cone, however, thinks the players will decide the match-up, and not the coaching.

“It seems like I coach against great coaches every night. Aldin is one of those great coaches. That’s the way I approach it. It’s not like I have anything to prove or show against him. We are just going to go out there and it has little to do with him and I. The players on the court (will) decide it,” Cone said.

Barangay Ginebra and Converge are in third place with 8-3 win-loss slates. Of the two, however, Ginebra still has a shot at a twice-to-beat advantage and overtake Magnolia for that incentive.

To do so, however, Ginebra must first win over Converge, and Magnolia loses to Rain or Shine on Friday. Both teams will end up at second place but the Gins will grab the No. 2 due to the winner-over-the-other.

Cone is not thinking about the twice-to-beat.

“We want to control the things that we have control and that’s the process of the day-to-day, getting better. I know it’s boring but that’s how we try to approach it,” said Cone.